Capto enables you to capture or record an entire screen or a selected portion, full Web pages, and video from your Mac’s FaceTime camera. Also, you can record the screen of an iOS device. Videos can be trimmed, cropped, and joined with other clips, and then annotated using text, call-outs, and arrows. Screenshots can be modified in Capto’s image editor, and you can add text and graphics, crop and blur images, and more. You can share screenshots and videos directly to YouTube, Facebook, and other social networks, plus upload files to Dropbox, Google Drive, and Evernote. It also supports uploading files to FTP/SFTP servers. 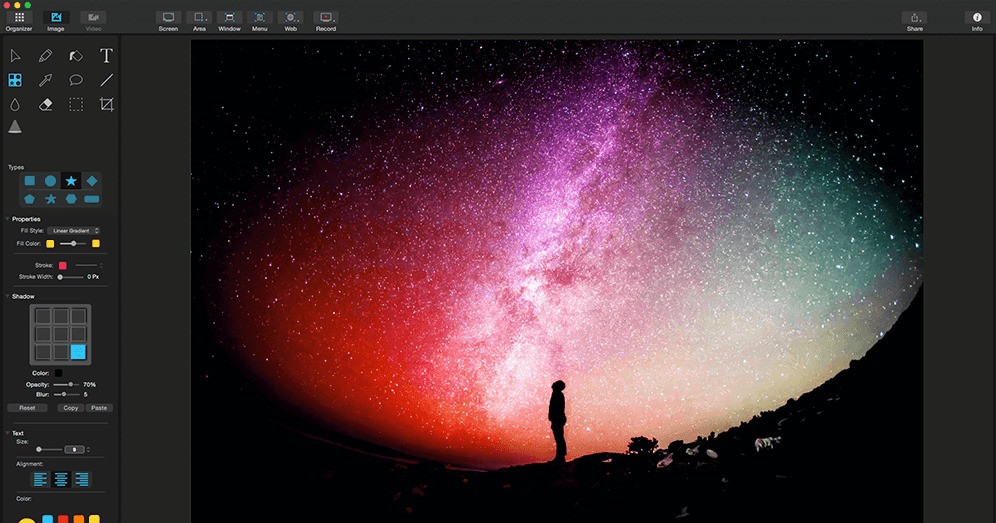 Capto is priced at $29.99 for a single-user license that can be installed on two Macs, and a free trial is available for download. It’s also available as a family pack for use on five different user accounts for $74.99, and for students and teachers at $19.99 (installed on a single Mac). For those who purchased a license to Voila on or after 1 October 2015, Capto is free. If you bought either Voila or Boom 2 (see “Boom 2 v1.4,” 15 January 2016) before 1 October 2015 (from
either Global Delight or the Mac App Store), you are eligible for a 50 percent discount on Capto through Global Delight’s storefront. Voila will continue to receive technical support until September 2017. ($29.99 new from Global Delight with a 25 percent discount for TidBITS members or from the Mac App Store, 20.7 MB, release notes, 10.10.5+)