Celebrating its 15th year of creating bootable backups, Bombich Software has released Carbon Copy Cloner 5.0 (CCC) with support for macOS 10.13 High Sierra and Apple’s new APFS file system (see “Tripping to macOS 10.13 High Sierra,” 5 June 2017). According to this blog post, CCC 5.0 can create bootable system backups from APFS to APFS, HFS to APFS, and APFS to HFS (as well as HFS to HFS), while also supporting APFS encryption for both source and destination and for remote Mac source
and destination volumes.

CCC 5.0 also updates its user interface with task groups that have both organizational and runtime behaviors, improves its SafetyNet pruning settings to adapt to the amount of data your tasks need to copy, provides guided restore tips when booting your Mac from a CCC backup, and brings new scheduling options (including hourly runtime limits). The release also enables sorting of tasks by name, exit status, last run date, and next run date; provides easier access to mounting and unmounting volumes; and adds a trend chart to the Task History window. 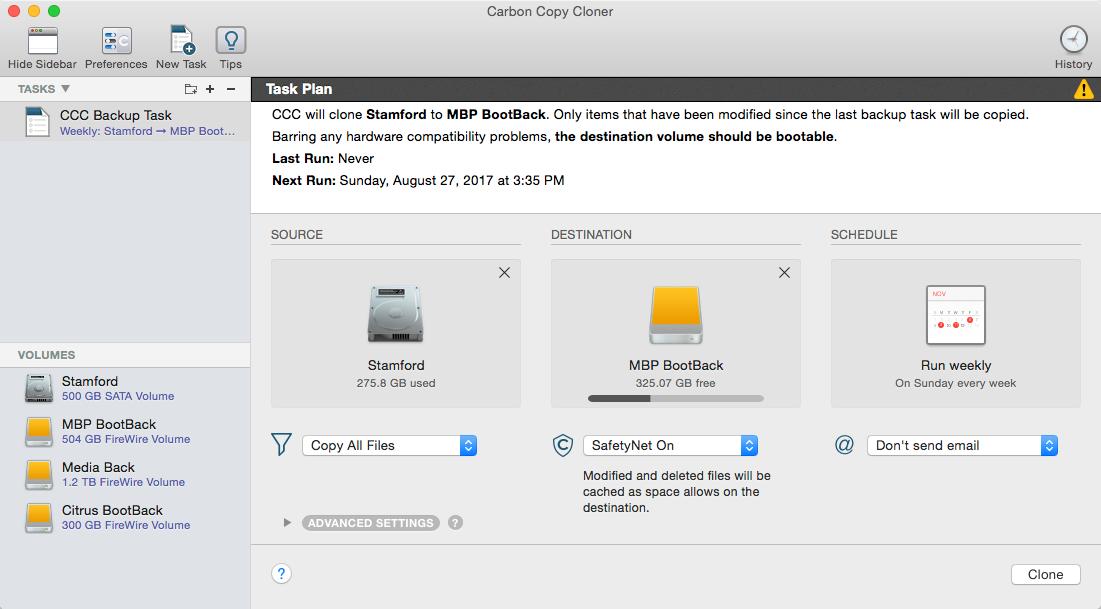