Freshening up its look and adding new search and custom shortcut features, Ergonis has released version 7.0 of its KeyCue keyboard shortcut utility. KeyCue 7.0 now enables you to search for commands and shortcuts by entering a term in the search field that appears at the bottom of the shortcut table; all matching items are then highlighted. It also adds the capability to reveal hidden shortcuts that sometimes get filed away in help documents and printed manuals via user-definable custom shortcut descriptions. Additionally, these custom shortcuts can also include clicks and gestures with modifier keys. Ergonis has posted a number of these extended shortcut descriptions on its Download Extras Web page (for Adobe Illustrator, InDesign, and Photoshop, ProTools 9, and Sibelius 7, as well as a collection of OS X system-wide shortcuts) with more promised for the future.

But the most visible change is the addition of new themes, with eight new pre-installed themes, plus more available from the Ergonis Download Extras Web page (the bonus Blackboard theme is shown below). Ergonis also provides a downloadable manual that explains how to create your own themes or modify existing themes. 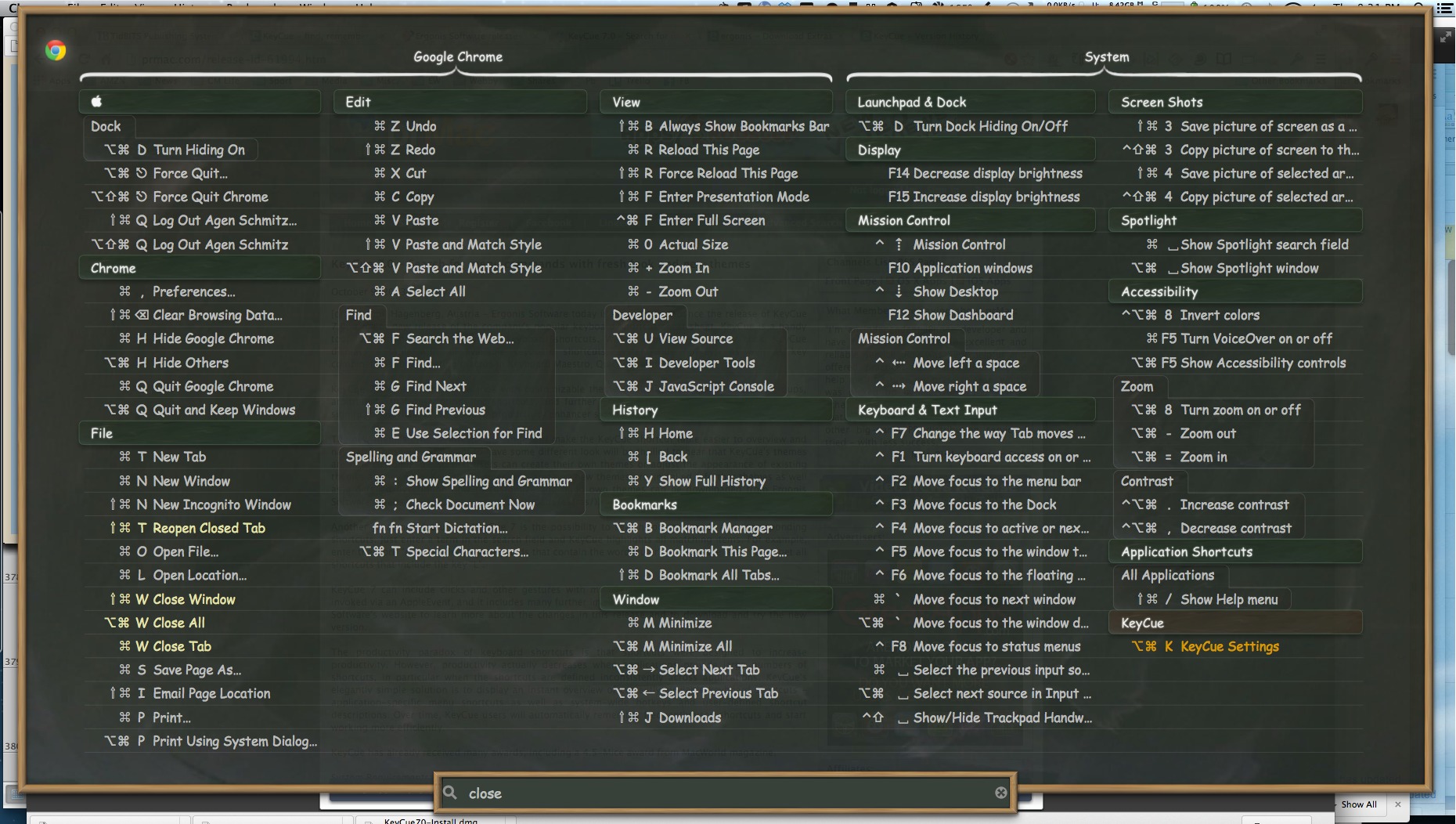 Other changes include the capability to invoke KeyCue via an Apple event, a fix for an issue that would incorrectly activate a previously selected menu command after dismissing the shortcut window with the Escape key, and adding a persistent way to access the settings window in all spaces. If you purchased a KeyCue 6 license on or after 1 January 2013, you can upgrade to KeyCue 7.0 for free. For purchases made before that date, you can upgrade to the
new version for €9.99 for a single user license or €14.99 for a family pack license. (€19.99 new with a 25 percent discount for TidBITS members, free update, 3.4 MB, release notes)