Rogue Amoeba has released Piezo 1.5 with the addition of the Instant On component (also found in other Rogue Amoeba titles such as Audio Hijack and Airfoil), which enables the minimalist audio recording app to capture audio from already-running applications. Additionally, Rogue Amoeba has pulled Piezo from the Mac App Store due to Apple’s sandboxing limitations, which made Piezo less and less effective over time. (For more details on Piezo, see “Piezo Makes Audio Recording Dead Simple,” 8 December 2011.) 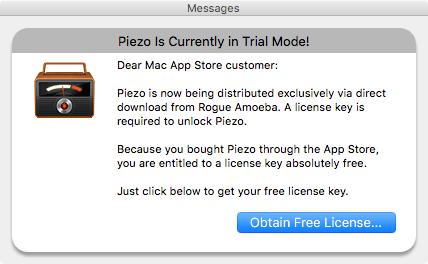 audio Media Creation Piezo Rogue Amoeba
Cookies & Privacy: We wish we were talking about chocolate-chip cookies here, but our Web site—like nearly all others—relies on a few minor digital cookies. Various laws around the world require us to tell you that fact, so consider yourself informed, if not nourished. By continuing to use this site, you agree to our use of these cookies. Cookie and Privacy Notice