Long ago, our article “How to Change Screen Capture Formats” (27 June 2005), prompted Christian Franz to create a small utility called Savescreenie to ease the process of changing Mac OS X’s default screenshot format. Five years later, Christian’s cf/x Software has released the free Savescreenie 2.0. It now supports a number of additional file formats (10 in all), and enables you to set the default location and base name for screenshots. Savescreenie 2.0 requires Mac OS X 10.5 Leopard or later and works on both Intel- and PowerPC-based Macs. So if you prefer a screenshot format other than Mac OS X’s default of
PNG, or would prefer that your screenshots end up somewhere other than on the Desktop, give Savescreenie a try. (Free, 1.0 MB) 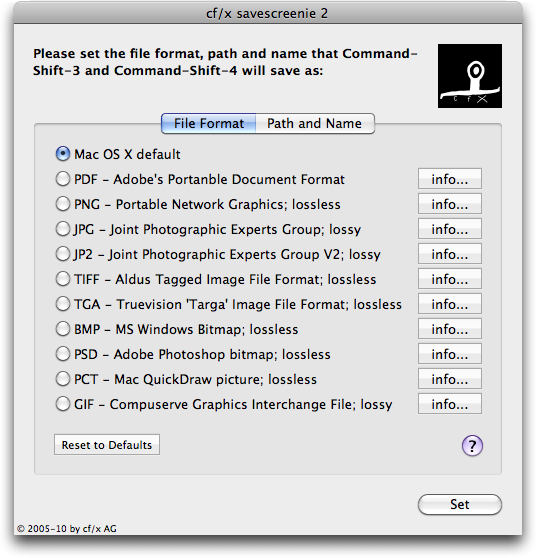