In mid-April, Zoom updated its eponymous video conferencing app to version 5.6.3 with the addition of a Vanishing Pen annotation tool you can use to temporarily highlight information on a shared screen. The release also added support for using any emoji available for Zoom as a reaction in a meeting; allowed Zoom windows to be minimized when screen sharing; enabled admins to allow users to restore soft-deleted history, voicemail, or recordings within 30 days; and provided enhanced Untrusted Server Certificate alerts and data privacy notices (such as for polling, Q&A, chat, whiteboard, and closed captioning).

At the end of April, Zoom issued version 5.6.4 to add the new Immersive View feature, which lets hosts place all video participants onto a single virtual background—it’s quite cool. The update also resolves a crash that occurred when switching audio devices and fixes a bug that prevented a webinar from ending. (Free, 24 MB, release notes, macOS 10.9+) 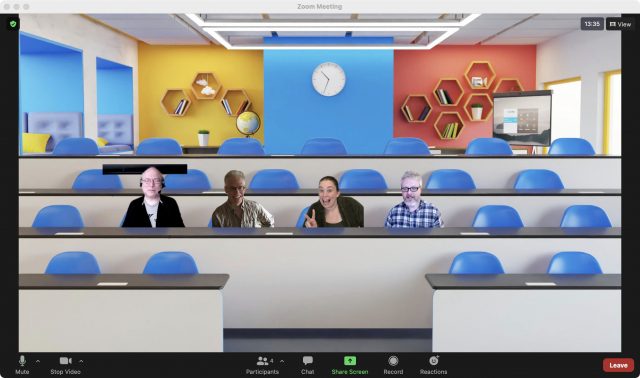