In our April Fools issue this year, I wrote about how Apple would be buying Iridium Satellite with an eye toward making the second-generation iPhone into a combined terrestrial/satellite phone (see “iPhone Goes International with Iridium,” 2008-04-01). Little did I know that only three days later, the EE Times would report that a Finnish company called Elektrobit has rolled out the first reference design for a phone that combines terrestrial and satellite communications capabilities using the TerreStar networks. According to Gizmag, the handset is the only fully IP-based satellite phone using high-speed packet data; includes a touch screen and a QWERTY keyboard; and has integrated Bluetooth, Wi-Fi, USB, and GPS connectivity. Alas, it runs Windows Mobile, but on the plus side it doesn’t have that massive antenna that Jeff photoshopped on to our hypothetical iPhone. 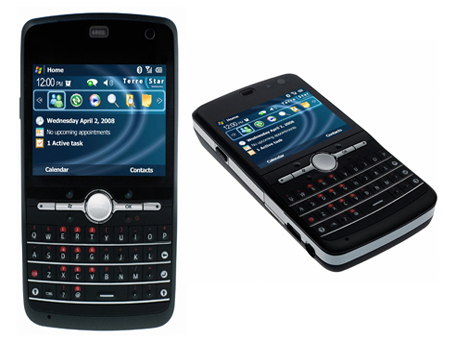 iPhone, iPad, & iOS Just for Fun Staff Blogs
Cookies & Privacy: We wish we were talking about chocolate-chip cookies here, but our Web site—like nearly all others—relies on a few minor digital cookies. Various laws around the world require us to tell you that fact, so consider yourself informed, if not nourished. By continuing to use this site, you agree to our use of these cookies. Cookie and Privacy Notice