Recently I’ve heard the name Myanmar pronounced several different ways on news broadcasts, and I was curious to know what the officially correct pronunciation was. So I looked it up in Leopard’s built-in dictionary. Wow. 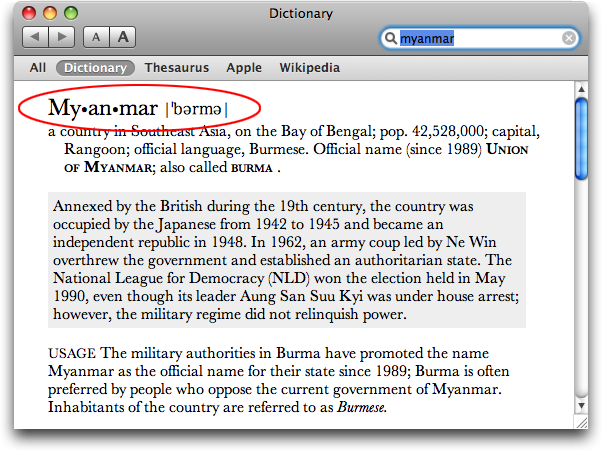 Other dictionaries offer a wide range of suggested pronunciations, but Apple’s definitely takes the cake.

Staff Blogs
Cookies & Privacy: We wish we were talking about chocolate-chip cookies here, but our Web site—like nearly all others—relies on a few minor digital cookies. Various laws around the world require us to tell you that fact, so consider yourself informed, if not nourished. By continuing to use this site, you agree to our use of these cookies. Cookie and Privacy Notice