At a coffee shop near Moscone West, where Apple’s Worldwide Developers Conference took place last week, representatives of Sling Media showed me a proof-of-concept version of their SlingPlayer Mobile video placeshifting software on an iPhone and an iPod touch. The software, already available for Palm OS, Windows Mobile, and Symbian handhelds, enables users to watch video from their Slingbox devices while away from their televisions.

The iPhone and iPod touch are great devices for watching television remotely, especially when on a fast Wi-Fi connection. Sling Media’s proof-of-concept application was a joy to watch, with crisp video and only brief delays in using the software’s remote control features – not noticeably worse than similar delays in the SlingPlayer desktop software when it’s running on a fast Internet connection. Overall, the iPhone app was noticeably polished, and Sling’s developers are cleverly taking advantage of WebKit to use HTML and CSS to overlay viewing controls, channel favorite icons, and other features in front of the live video. 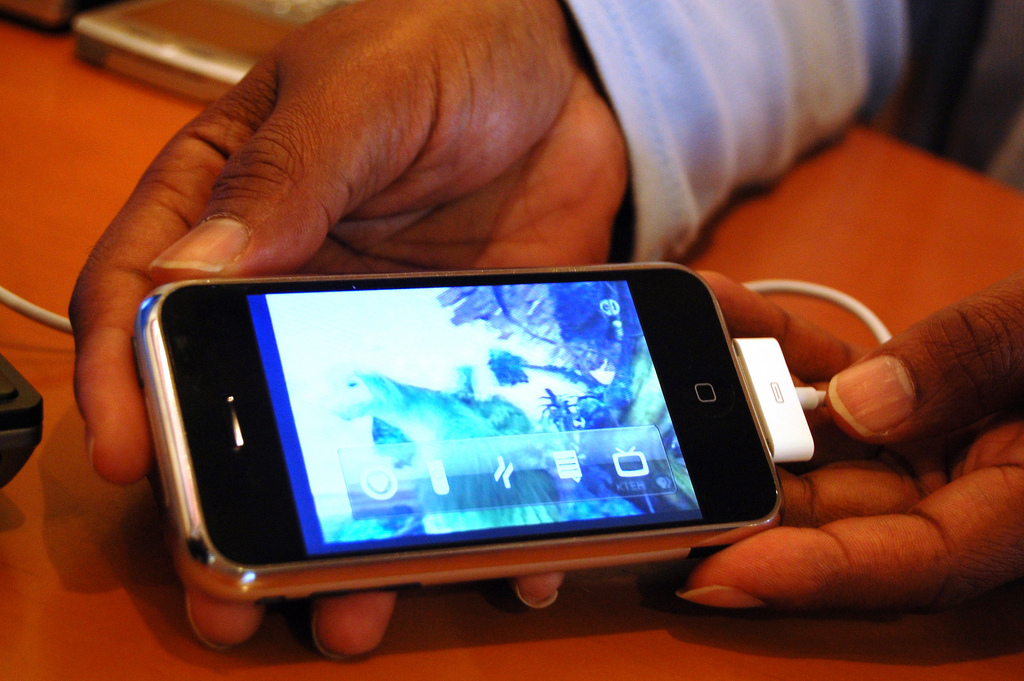 Oddly, while Sling Media says they’ve gotten enthusiastic reactions from their Apple contacts, the company is not one of the 4,000 developers Apple announced it has accepted into the iPhone developer program. As a result, Sling can’t say when, or if, SlingPlayer Mobile will be available to iPhone users. For now, the proof-of-concept software runs only on a hacked iPhone or iPod touch, and isn’t being distributed outside the company.

There have been many more applicants for the iPhone developer program – about 25,000 – than Apple has accepted, so Sling Media is by no means alone in this boat. The most likely reason for Sling not being accepted is Apple simply limiting the accepted developers to a manageable number (for more on this, see Paul Kafasis’s comments about Rogue Amoeba also not being accepted). I certainly hope that’s it, since I’d hate to see Apple making a conscious decision to leave Sling out in the cold to avoid competition with iTunes video sales and rentals. AT&T could also be concerned about the bandwidth usage if lots of iPhone users started watching their Slingbox video
streams over the cellular network instead of using Wi-Fi. But that ship has already sailed; customers of AT&T and other carriers are currently watching TV wirelessly thanks to other versions of SlingPlayer Mobile.

Here’s hoping Apple approves Sling Media’s developer application soon; these folks have done an outstanding job producing software that looks wonderful on the iPhone and iPod touch, and that makes these handhelds an even better choice for road warriors.