Some of the first apps geared specifically for Apple’s iPad have been little more than iPhone apps rejiggered to use a bigger screen. While a couple are the inevitable riffs on the Star Trek PADD, a few show us the beginnings of the real potential of the iPad platform. The personal database Bento for iPad, available from FileMaker, Inc. for the same $4.99 price as Bento for iPhone, looks to be a great example of an app that groks the iPad.

What’s Bento? Bento arrived first for Macintosh as a standalone database application geared toward personal use for those who don’t need the relational database features or networking capabilities of FileMaker Pro. Dozens of included templates and access to a template gallery offering work shared by other users make it easy and quick to start using the software for simple information management tasks.

In May 2009, the company added a version of Bento for the iPhone and iPod touch, a $4.99 app that not only provided a handheld database experience but also offered synchronization of data between the handheld and Bento on the Mac (see “FileMaker Reaches iPhone with $4.99 Bento App,” 6 May 2009). The iPhone isn’t ideal for data entry, especially when text is involved, but it turns out to be great for accessing information when you don’t have your Mac with you – and it’s just fine for updating or entering relatively small bits of data.

With Bento for iPad, though, the FileMaker folks can leverage a much bigger virtual keyboard that is a huge step up from the iPhone’s for serious typing, not to mention the capability to use the iPad Keyboard Dock or a Bluetooth keyboard. 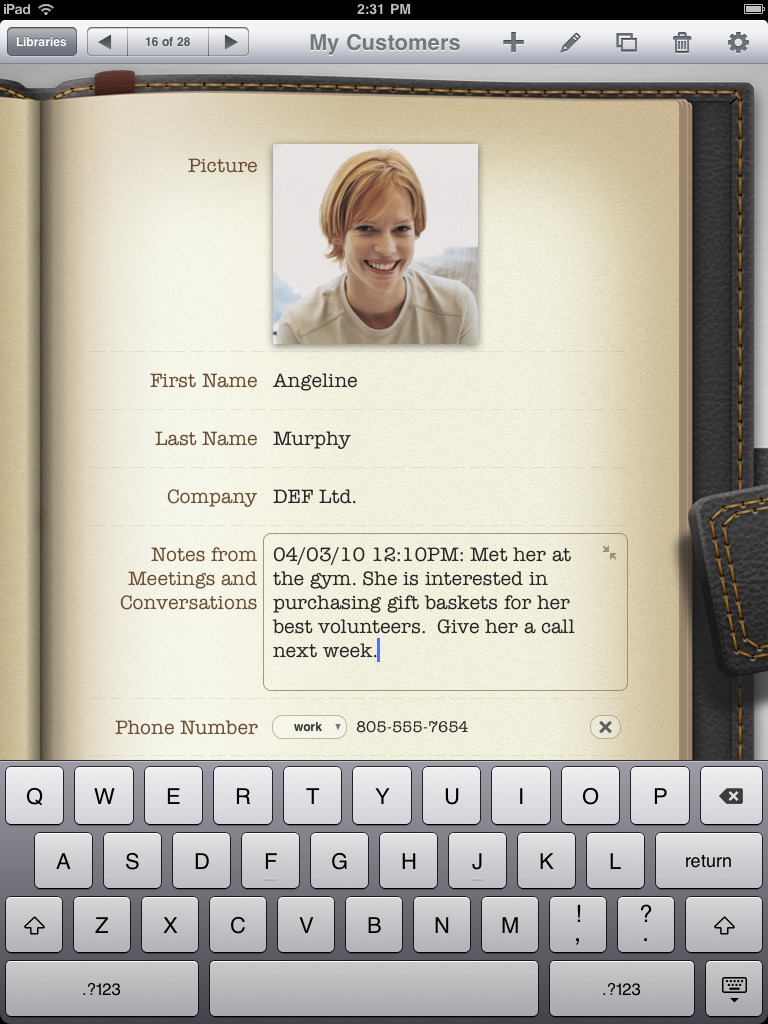 FileMaker didn’t stop there. Bento takes full advantage of the iPad’s screen size and rotation capabilities, offering a record list down the left side and the current record on the right when in landscape orientation, much the way Mail for iPad shows a mailbox listing along with an open message when the iPad is held horizontally. Bento can also incorporate videos and display Web sites within the app, rather than passing the user off to Safari, and it can similarly send email itself rather than launching Mail. 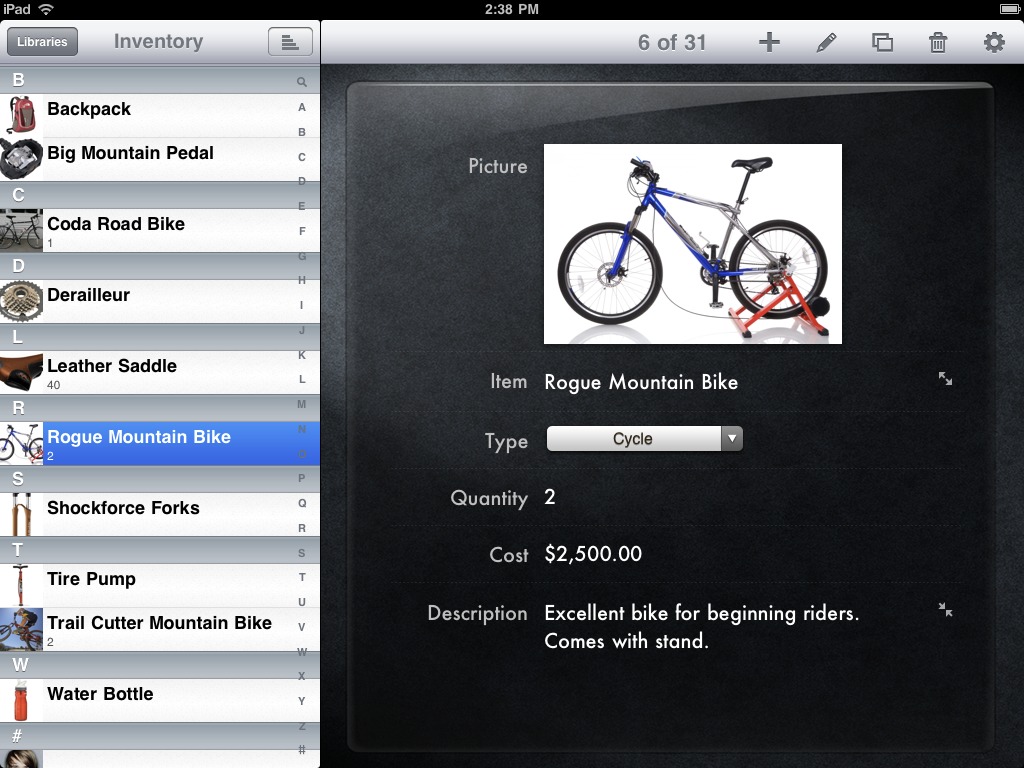 I especially like the expanding text field control that Bento’s developers added to the iPad app’s user interface; these fields show a preview on a record’s summary page, but can be tapped to expand for viewing, or editing, the full contents of that field. Apple should incorporate this user interface element in the developer tools, so other apps can easily make use of it.

What’s Missing? — The iPad is such an obvious information collecting device for hospitals and other places with mobile staff that we wish Bento for iPad could talk to something – anything – beyond Bento for Mac. Even just the capability to interface with FileMaker Pro could give a handheld Bento database tremendous utility as a mobile database front end for more serious uses. That would make Bento hugely attractive to a professional audience beyond the youth hockey coach and kitchen dabbler that FileMaker currently targets. One possible approach would be FileMaker Pro 11’s Automatic Recurring Import feature, which could regularly update a FileMaker database (or even an SQL or ODBC back-end database) from
changes in Bento (see “FileMaker Pro 11 Promises Welcome Enhancements,” 18 March 2010). We haven’t yet been able to determine whether that feature supports Bento.

Even worse, nearly a year after we explained Bento for iPhone’s network limitations, FileMaker still hasn’t solved the problem and admits that it’s shared by Bento for iPad. Specifically, the network syncing feature works only if both the iPad and the Mac are on the same Wi-Fi network subnet. This means it won’t work if your Mac uses a wired network or one of the many incompatible enterprise wireless networks that create logical subnets for different devices connected to the same access point. Creating a computer-to-computer wireless network on your Mac (AirPort menu > Create Network) will help in some such situations, but is of course forbidden in many of the scenarios where this is an issue, such as a corporate or college
environment.

FileMaker’s inability to fix this problem leaves Bento for iPad just as marooned as its iPhone sibling, unable to talk to a large subset of the rest of the world. Or, at least, unable to talk to my MacBook Pro if my machines and I are at work instead of on my simple home network. I realize Bento is aimed at that home audience, but the great thing about Mac laptops and, yes, the iPad, is that people don’t have to do all their home computing sitting at home any more, and you can be sure they’re not going to.

Comments About Bento for iPad Not Just a Bigger Box