Although I love the Mac, window management in Mac OS X has bothered me since I switched from a PC four years ago. I was accustomed to windows filling the entire screen when I clicked the maximize button, and I was initially disappointed when Mac apps wouldn’t do the same. (Mac apps are supposed to zoom to the largest reasonable size when maximized — the width of a page in a word processor, for instance — but such attention to detail is unfortunately not universal.) Windows 7, the version I switched from, had also introduced Snap, a quick way to compare two windows side by side, complete with a keyboard shortcut to move and resize windows to fill only half the screen. I quite liked Snap because, as a student, I frequently need two
windows next to each other, one displaying questions for an assignment and another where I type my answers.

Although my approaching graduation means that I’m unlikely to need homework question-and-answer windows side-by-side any more, I’ve been able to wrangle my windows in even more ways than Snap provided using the Mac window manager Divvy, by Mizage. When invoked via a keyboard shortcut or by its icon in the menu and dock, Divvy displays a little grid that represents the screen. You then drag a rectangle over the area you want the current window to occupy. Want iTunes to live in a small area in the upper right of your screen? There’s no need to resize the iTunes window and move it into the corner manually — just bring up Divvy and drag a rectangle in the upper right of the grid. 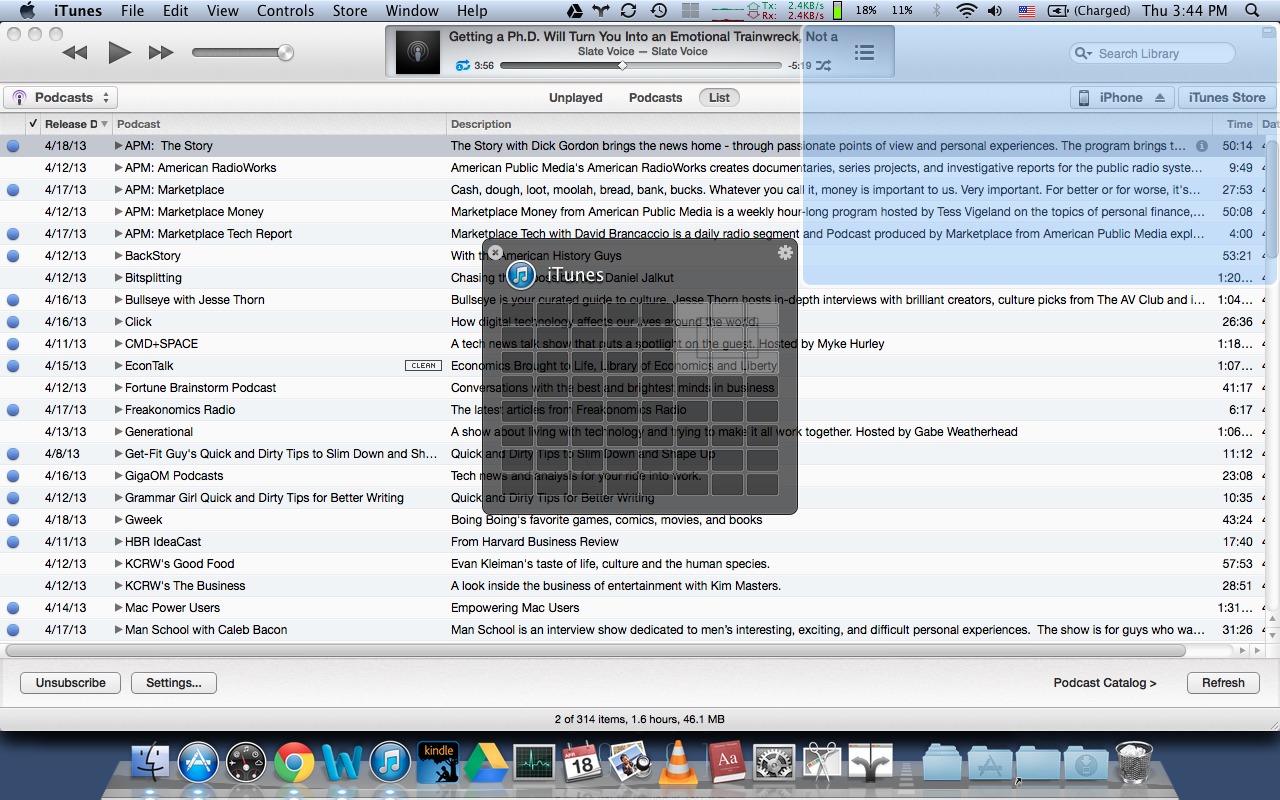 Tweaking Divvy’s settings can make it even more powerful and efficient to use. You can configure the global keyboard shortcut that brings Divvy up while using any application. (I set mine to Control-D, because it’s easy to remember and I don’t happen to use any Unix programs in Terminal that rely on it.) Even better, you can set other keyboard shortcuts to resize and position windows around the screen in preset configurations, such as having a window resize and fill the right half of the screen. These shortcuts can be active only while
Divvy is open, or they can be global. Just for kicks, I decided to simulate the Windows 7 Snap keyboard shortcut that I miss. So I created two global shortcuts, substituting the Mac’s Command key for the Windows key. Now when I press Command-left arrow, the frontmost window instantly aligns itself to fill up the left half of my screen, and Command-right arrow does the same for the right side. This makes it easy to display two windows side-by-side. 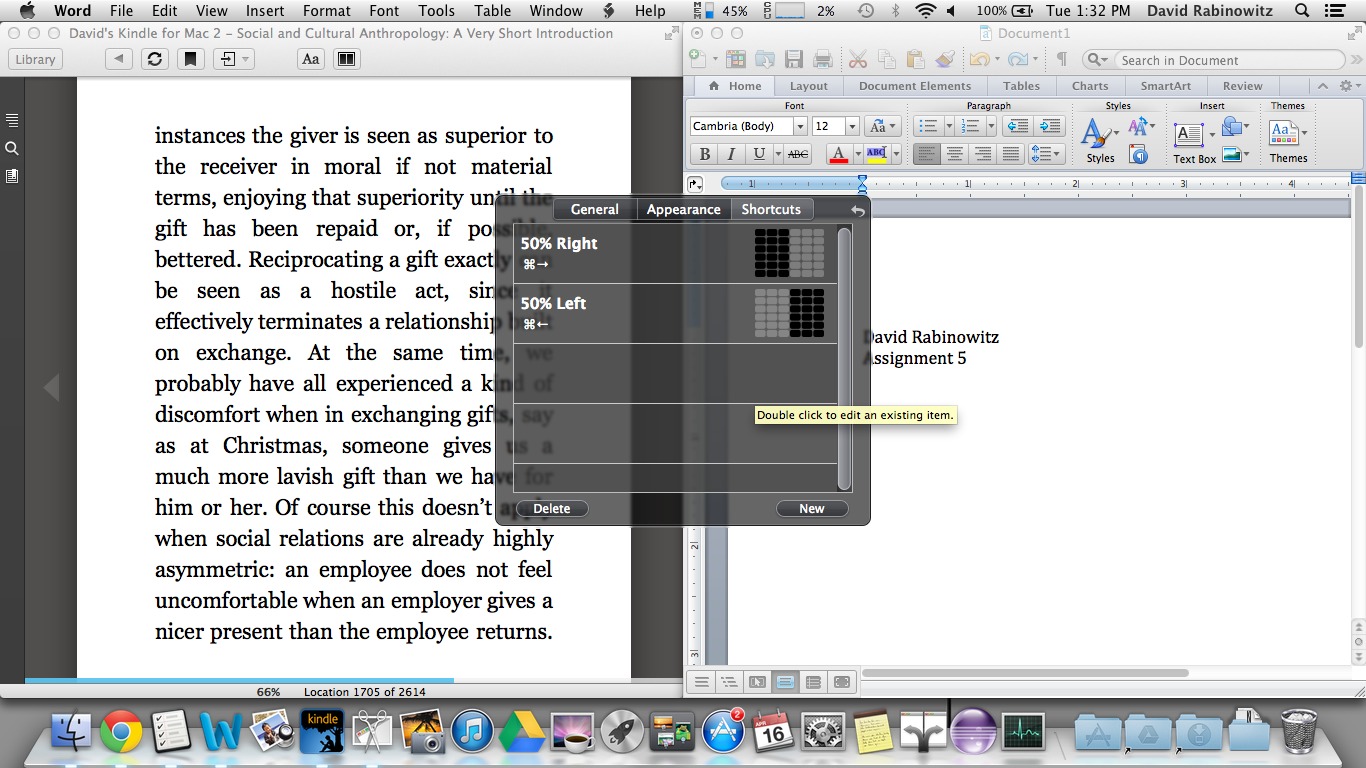 Divvy’s main failing, though that may be overstating the case, is that dragging a rectangle in the grid can be done only with the mouse, which may trip up those who don’t like to take their hands off the keyboard. Of course, preset configurations and associated keyboard shortcuts should eliminate most of the need to use the mouse. But while Divvy meets my needs well, if it doesn’t quite fit your working style, a number of other window management tools are available for the Mac, including Breeze, Cinch, Mercury Mover, and the open-source ShiftIt. It’s also easy to create macros that move and resize windows using the popular Keyboard Maestro macro utility.

As a student, I haven’t had to purchase much software, since most of my needs are met by site-licensed packages, educational discounts, and free and open-source utilities. However, after giving Divvy’s 14-day trial version a test run — and I recommend you do the same — I was happy to purchase a copy for $14 (it’s also available in the Mac App Store for $13.99, though of course without a trial version). I had never used a window management app before and was impressed with Divvy. It sure beats fiddling with windows manually, and now there isn’t a single thing I miss about Windows (though anyone who has to use Windows at work might also be interested to know that
Mizage also makes a version of Divvy for Windows).