A few months ago, I made the agonizing decision to leave my job of eleven years with my local school district, where I worked with preschoolers with special needs. Several factors played into my decision, but the main one was that I wanted to commit more time to pursuing what I really love to do: write.

I’ve always had a deep affection for writing, and I’ve always dreamt of a time when I could devote more attention to it, thereby elevating my craft from its “hobby” status. At least initially, my decision to change careers has paid off. I’ve had success in procuring writing gigs, including this one, and many of my articles have been met with acclaim, such as “Re-Enabled,” which ran in The Magazine and was featured in the Hot News section of the Apple Web site. I think part of the reason my writing has been successful is that I write from a unique perspective.

As a visually impaired person (specifically, legally blind ) who is a proud Apple nerd, I can speak with authority on how accessibility technology positively impacts the use of my devices, particularly on iOS. Being able to write about this topic with such conviction is perhaps the chief benefit of being visually impaired, and one that I don’t take for granted. (Obviously, coping with legal blindness isn’t good by any stretch, but this stance makes the best of crummy circumstances.) My own experiences, as well as observing those of my former students, have helped shape my interest in modern, touch-based interfaces that are adaptable to those with disabilities. I love my Apple
devices, so I’m always looking for the best ways to interact with them. Luckily for users like myself, Apple has done a great job in providing a suite of comprehensive tools for doing so, such as VoiceOver.

In terms of my writing, all of what I write is for the Web. Whether freelancing or writing for my personal blog, I, like many others, compose everything in Markdown. I’ve been using Markdown for a couple of years now, and I absolutely adore it. I’m so familiar with it that it feels like second nature. Before discovering Markdown, and before I started freelancing, I wrote exclusively for my blog. My site runs on WordPress, so whenever I wanted to post, I would log into the WordPress CMS (content management system) and use its post editor to write in. While certainly functional, its interface is clunky and the experience isn’t great. More to the point, I would spend a lot of time
struggling to navigate the little formatting toolbar used to stylize text. Being visually impaired, monkeying around with toolbar buttons with a tiny cursor isn’t ideal. I eventually grew tired of using the CMS, and sought an alternative. 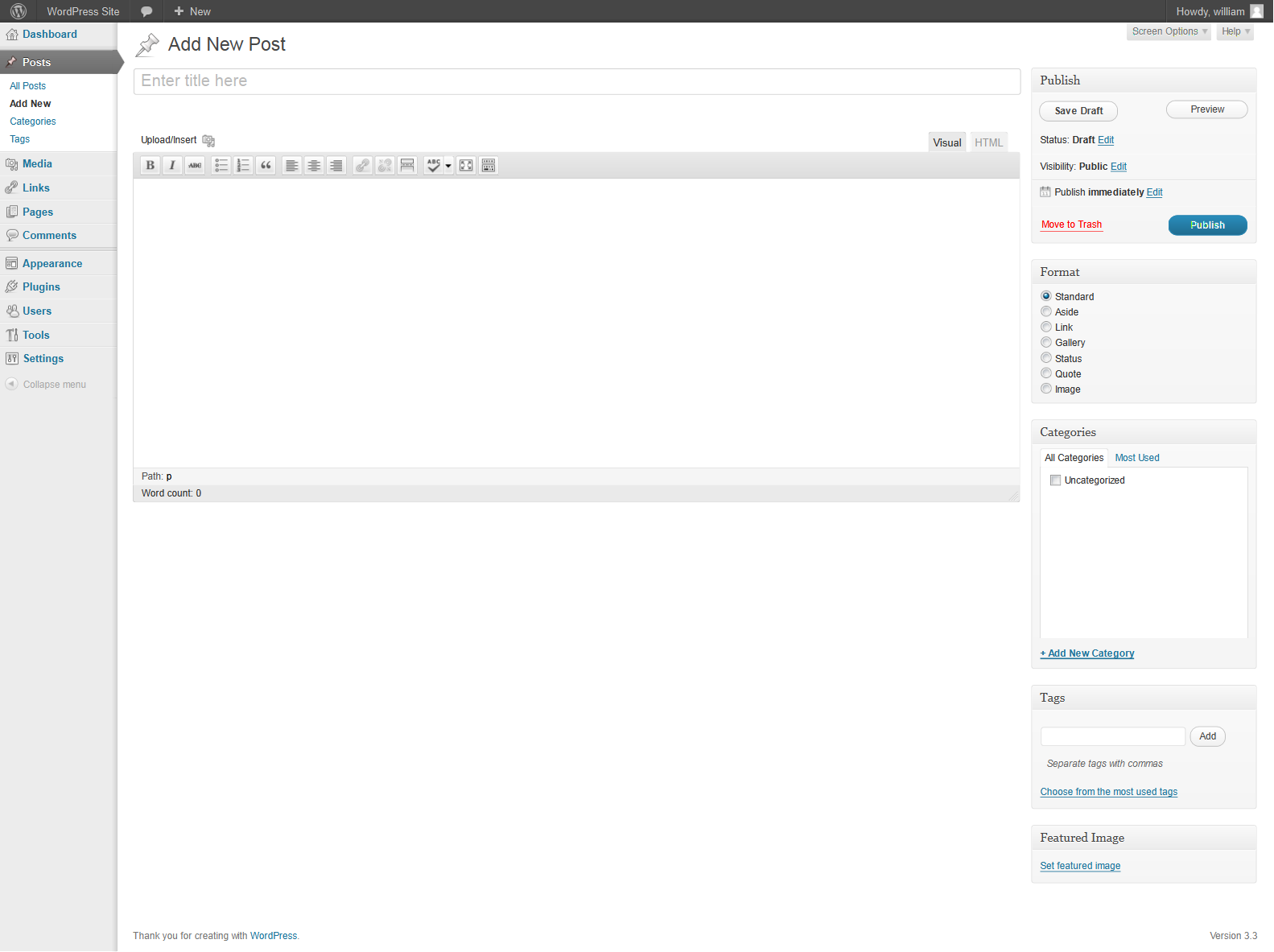 It was then that I stumbled upon John Gruber’s Markdown, and I fell in love immediately. For those who aren’t familiar with it, Markdown is a simple plain text formatting syntax developed in 2004 that is easy to write (well, easier than HTML) and that can be converted to structurally valid HTML. Amusingly, one of the inspirations for Markdown was setext, or structure-enhanced text, another plain text format created by Ian
Feldman with input from TidBITS publisher Adam Engst back in 1992 and used since then for TidBITS.

Markdown has changed my life for the better. Not only is it easier to work with than graphical interfaces given the limitations of my vision, but it has caused me to embrace plain text for nearly all of my documents. No longer do I have to work in bloated word processors with toolbars galore, or worry about rich-text formatting. Discovering Markdown has been liberating in the truest sense of the word.

Given Markdown’s nature, I came to the realization that it, however unintentionally, is in fact a wonderful accessibility tool, because it reduces eye strain while writing. The simplicity of Markdown’s syntax makes it possible to not have to look at the screen every time I want to italicize a word or insert a link. My eyes are more sensitive than most people’s insofar as I can stare at a screen only so long before fatigue and pain sets in. The less time I have to look at the screen, the better my eyes feel. Thus, what makes using Markdown so great is that I don’t have to waste time trying to locate buttons or menu options. I just glance down at my keyboard to ensure I’m pressing the right keys.

It may seem odd to think of Markdown as an enabling technology, until you consider what it takes to write in the context of being visually handicapped. It’s hard, because most software isn’t designed with users like myself in mind. That’s why there are specialized tools like ZoomText for people with vision impairments. But while tools like screen magnifiers and readers certainly have their place, they’re more complex than I like.

Instead of zooming in 200 percent on a toolbar, which takes up screen real estate, I wanted to eliminate my interaction with toolbars entirely. That’s exactly what Markdown does. It frees the user from dealing with toolbars and menus, while at the same time removing the burden of dealing with a screen magnifier or reader on top of whatever word processor or text editor one’s using. 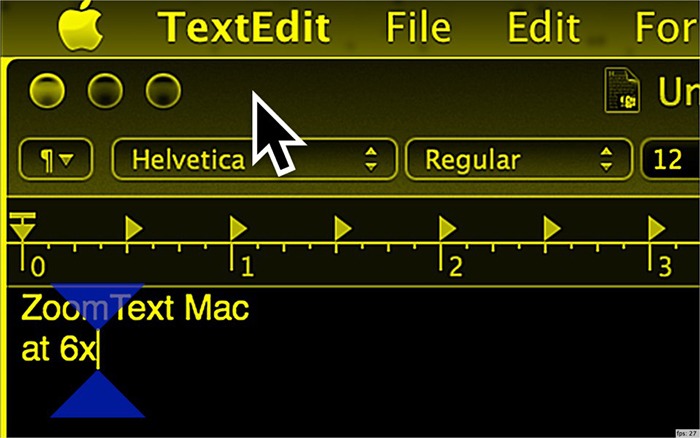 It should be noted that trouble navigating toolbars isn’t a problem exclusive to visually impaired users. This discomfort is common amongst the normal-sighted too, who have long utilized apps like Keyboard Maestro to free themselves from having to decipher and click tiny, inscrutable toolbar buttons. Moreover, it’s certainly possible to use a word processor like Pages by using only the keyboard. In fact, I rely on many keyboard shortcuts in Mac OS X, as well as the excellent app launcher Alfred, to maneuver around. Like many others, I find these tools indispensable to my workflow, especially given my vision’s limitations.

As much as a proclamation that “Markdown changed my life!” sounds like hyperbole, I believe it’s true, at least to a certain extent. While I got by working in the WordPress CMS and in apps like Pages, the difference in my writing productivity then and now is profound.

Markdown has made doing what I love even more accessible. Anything that helps me see even a little better is a big deal, and I know my eyes are appreciative that I don’t subject them to any more torture than necessary. And by “torture,” I mean toolbars. In this sense, Markdown epitomizes accessibility, because it completely changes the quality of the experience despite my physical limitations.

The improvement in my writing experience has not only affected how I write, but also what I write. Because I’m not straining my eyesight as much, I can focus on what truly matters: the content. I’m extremely proud of the fact that, despite my vision impairment, I’ve been able to persevere and enjoy success as a writer.

Markdown can’t improve my vision, but it can help me to more easily share my unique perspective as a disabled tech nerd. These personal stories are valuable, I think, because they can help raise awareness of what I believe to be an underrepresented segment of the Apple user base. Using the WordPress CMS always felt like an uphill battle; I was constantly fighting to distinguish among all the buttons and menus. But with Markdown, it’s no struggle at all. All I’m doing is writing, and that’s the way it should be.

I’m not the first person to evangelize Markdown, nor will I likely be the last. Its popularity amongst writers who publish for the Web is a testament to its simplicity and ease of use, and to the many tools that have sprung up around it. That said, it’s exciting to extol Markdown’s virtues from a different perspective. Teaching myself Markdown was probably the best decision I’ve ever made as far as working toward establishing my Internet voice.

Markdown helps me write the words that expose others to the accessibility community, illustrating the impact iOS’s accessibility technologies have on disabled users and their iPhones and iPads. For that, I owe a huge debt of gratitude to John Gruber for Markdown. It may not have been meant to be an accessibility tool, but for me, Markdown has inadvertently proven to be an integral part of my toolkit. I use it every day, and am forever grateful for its existence.

[Steven Aquino is a budding freelance technology writer who has contributed to The Magazine, Macworld, TidBITS, Tech.pinions, and Enhanced Vision. He also writes regularly for his personal site, Steven’s Blog. Prior to venturing into the world of (paid) writing, Steven spent 11 years working for his local school district as a classroom aide to preschoolers with special needs.]

Comments About With Markdown, Even the Blind Can Write