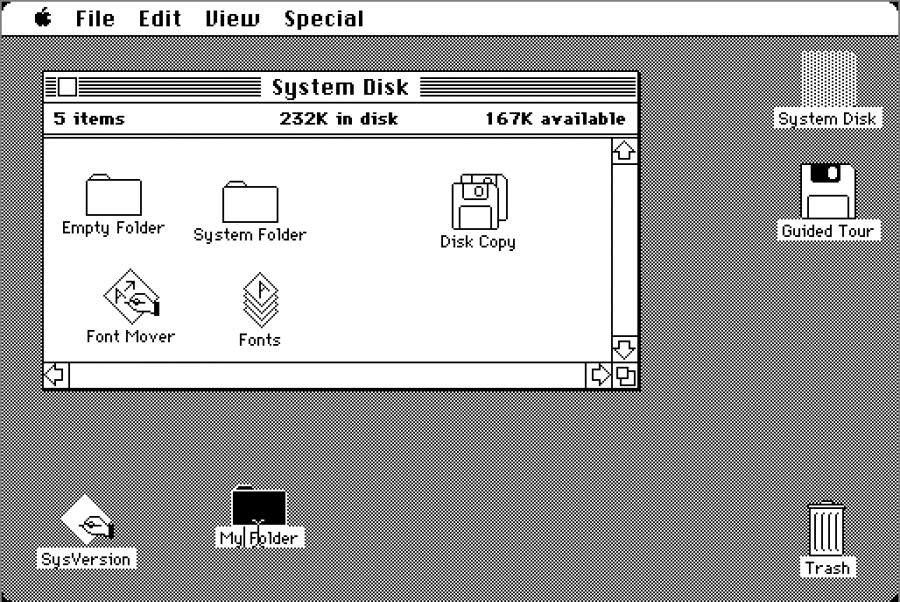 Writing for Fast Company Design, Mark Wilson takes a trip down memory lane, reminiscing about the interface of the Mac’s System 7, which you can experience for yourself at the Internet Archive. In a time when user interfaces are often compared to drugs, Wilson found System 7’s black-and-white look refreshing, with its lack of fanciful animations and other distractions:

Of course I appreciate the old OS as a computing artifact, but I didn’t expect to earnestly enjoy using it. I felt relaxed inside its rough pixels. It was low-fi without being staticky, minimal without being soulless.

Comments About Reminiscing about the Early Mac’s Interface