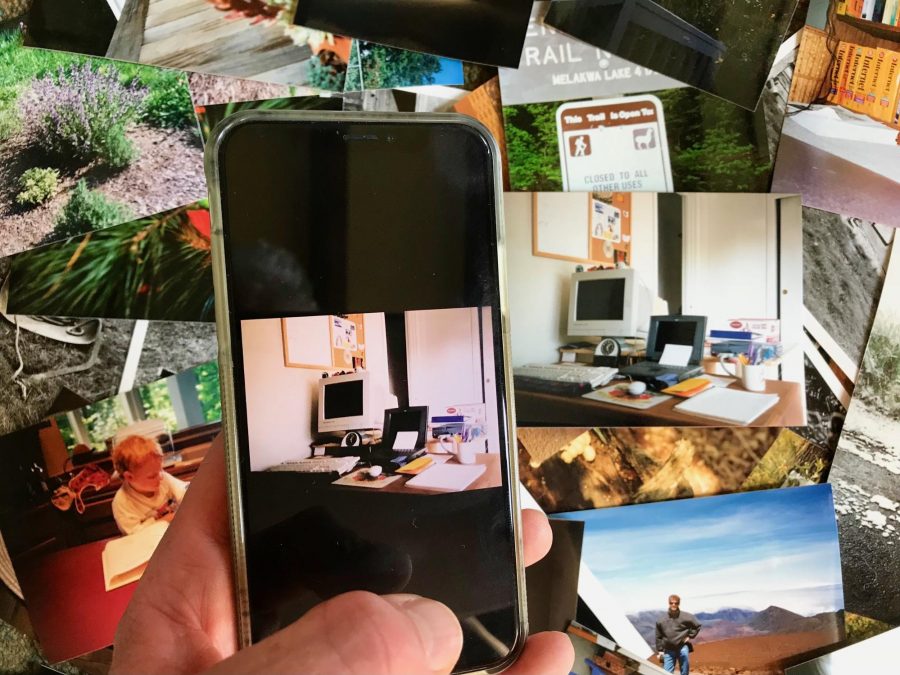 It may seem as though all photos are digital these days, but, amazingly, I still come across the occasional physical photo. School photos, my son’s sports photos, and tourist-trap attraction photos still come into our lives on paper, even if they started out digital. Needless to say, that’s annoying because they’re segregated from the bulk of my photo collection and are difficult to share with family and friends. The obvious solution is to scan them, but like many people, I don’t deal with enough physical photos to invest in a quality scanner.

Here’s an alternative. Google’s free PhotoScan app for the iPhone is a quick and easy way to digitize photos while automatically removing glare. PhotoScan doesn’t require you to log in to a Google account, reducing the privacy concerns often associated with Google services. And unlike a dedicated photo scanner, it’s always in your pocket, so you can scan a photo no matter where you are.

There are lots of scanning apps for the iPhone, such as the excellent Scanbot, but most are tailored toward documents rather than photos. The main alternatives to PhotoScan that I’m aware of are Photomyne’s PhotoScanner and PhotoScanner Plus, but both push you toward a subscription, which seems like overkill for this purpose.

An introductory video explains how to use PhotoScan. Lay your photo on a flat surface in a well-lit room. Open PhotoScan, position the photo in the viewfinder, and tap the shutter button.

Here’s where the process becomes unusual. Four white dots appear around the photo—they won’t necessarily appear on the photo itself, so don’t worry if the placement seems weird. (It is.) You then move your iPhone so that the hollow circle in the center of the viewfinder aligns with each dot—when they’re aligned, the circle and the dot turn blue. Be sure to keep the iPhone level as you move from dot to dot because PhotoScan captures an image at each corner. Turn all four dots blue, and PhotoScan saves the combined image as a JPEG, in the PhotoScan album in Photos. (If you use Google Photos, you can find photos captured by PhotoScan by searching for “photoscan.”) 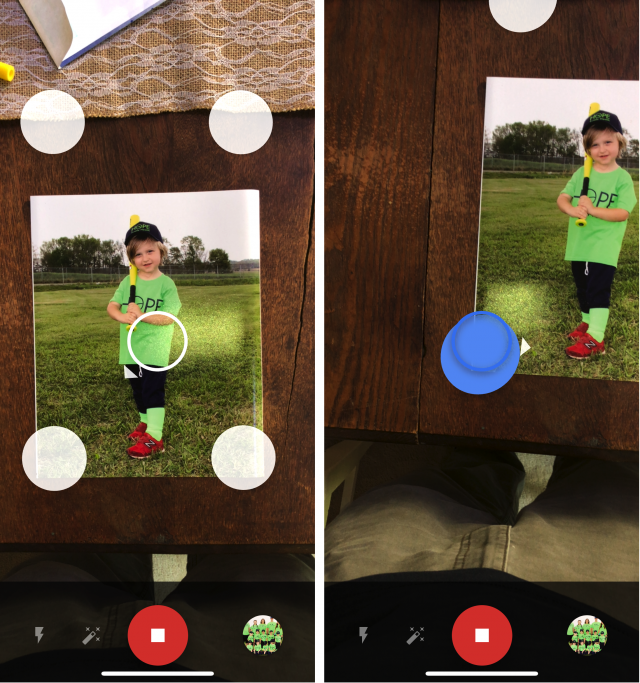 The edit you’ll probably have to make the most often is adjusting the corners. While PhotoScan is pretty good about distinguishing the corners of your photo from the background, it sometimes needs a little help. Grab one of the white dots and begin dragging it. A circle appears above, with a magnified view of the corner and a crosshair, making it easy to get the corner exactly right.

How do the scanned photos look? As promised, PhotoScan eliminates glare, but captured photos are often a bit washed out. You can correct that in various ways, but the easiest way I’ve found is in Photos on the Mac:

(To learn how you can compare your edits to the original image easily, see “TipBITS: Compare Before/After Edits in Photos,” 5 July 2018.)

The Right Tool for the Job

If you have oodles of physical photos in albums or shoeboxes (why is it always shoeboxes?), Google PhotoScan won’t solve your digitization problems. It’s just not designed for scanning hundreds or thousands of photos. For that task, you’d likely want a dedicated photo scanner like the Epson FastFoto, but such devices are a significant investment and still require lots of your time.

A better approach might be to send your photos to a scanning service, such as Memories Renewed or DigMyPic, both of which were well-liked by Wirecutter. They can be expensive ($0.39 to $0.60 per photo), and it can be stressful to entrust irreplaceable photos to a service. Also, be careful about which service you pick, because some don’t return your originals.

But for quick, one-off scans, PhotoScan is a reliable and useful tool that’s always available. To paraphrase the old adage, “the best scanner is the one you have with you.” It works well for the handful of physical photos that creep into my life, and I’ve found it especially handy when an elderly relative shows me an old photo I’d both like to have in my collection and share with other family members.

Comments About Google PhotoScan Is a Handy Pocket Photo Scanner