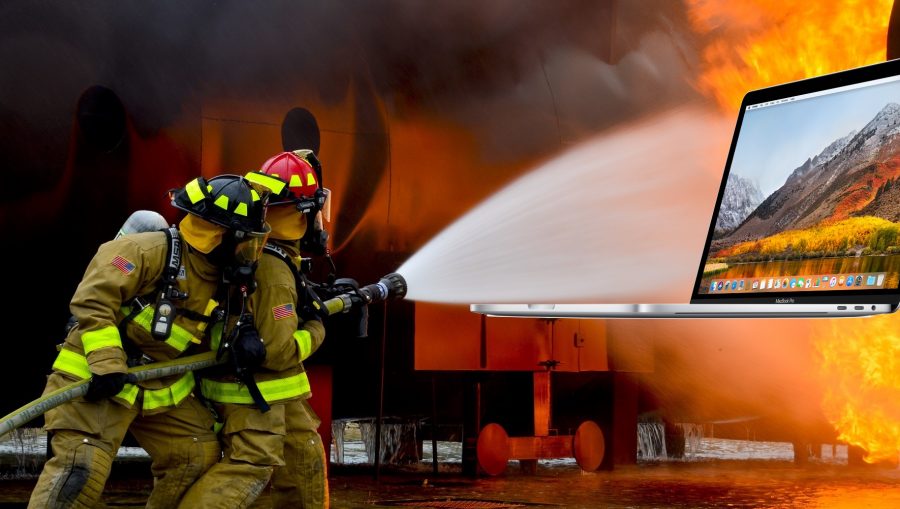 Apple has now acknowledged that the reports of performance problems on the new 15-inch MacBook Pro with the Intel Core i9 chip were accurate, and the company has released a software update to address them (see“Heat-related Performance Problems with Intel Core i9 MacBook Pros,” 23 July 2018). In a statement, Apple said:

Following extensive performance testing under numerous workloads, we’ve identified that there is a missing digital key in the firmware that impacts the thermal management system and could drive clock speeds down under heavy thermal loads on the new MacBook Pro. A bug fix is included in today’s macOS High Sierra 10.13.6 Supplemental Update and is recommended. We apologize to any customer who has experienced less than optimal performance on their new systems. Customers can expect the new 15-inch MacBook Pro to be up to 70% faster, and the 13-inch MacBook Pro with Touch Bar to be up to 2X faster, as shown in the performance results on our website.

According to Jason Snell at Six Colors, Apple determined that the problem was not app-specific, and tended to affect heavy workloads that took place over an extended period. That absolves Adobe Premiere Pro from any culpability.

On TidBITS Talk, Alan Forkosh reported that the update also fixed another problem that prevented the user from authorizing a newly installed kernel extension in System Preferences > Security & Privacy > General.

Lastly, “Heavy Thermal Loads” would be a great name for a rock band.