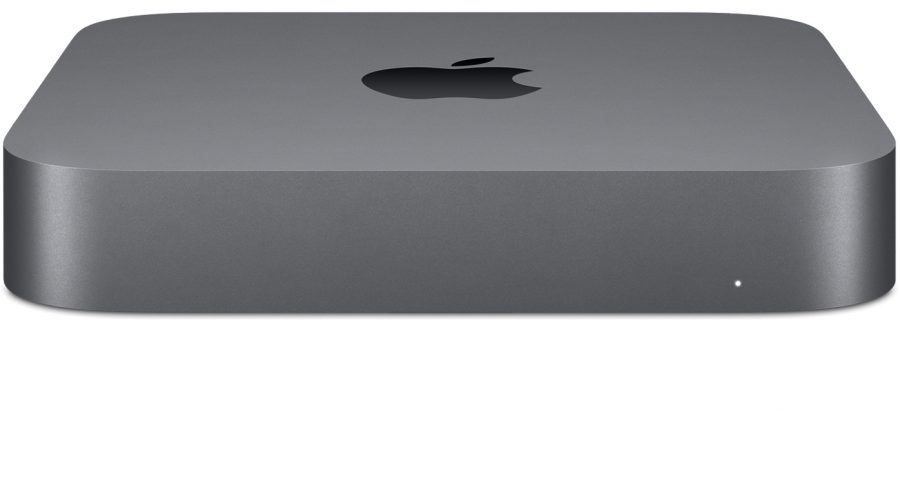 Until today, no current Apple hardware product has been more forgotten or forlorn than the Mac mini. The compact, monitor-less Mac had not seen a significant update in over 4 years, and even that update was seen as lackluster (see “Apple Launches iMac with Retina Display, Refreshes Mac mini,” 16 October 2014). Many thought the Mac mini was dead.

Apple has now put such beliefs to rest, revealing a revamped—though familiar—Mac mini during its special event at the Brooklyn Academy of Music in New York City.

In terms of industrial design, the new Mac mini is not a radical revision amid a push in the PC world to create palm-sized, ultraportable computers. It looks much like its predecessor—a large, square, metal slab with rounded corners and the Apple logo on top. 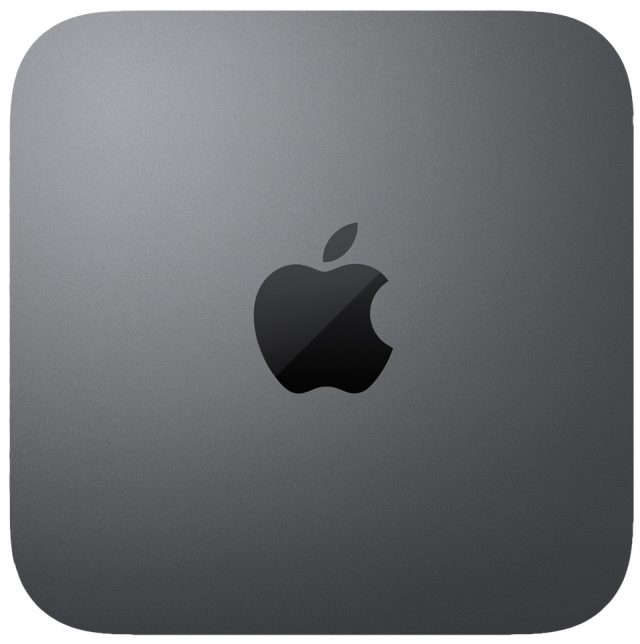 Design departures include a space-gray finish, unlike the lighter gray of yore, and an ecological twist with the Mac mini being manufactured entirely out of recycled aluminum reformulated into an “Apple-designed alloy.”

As Apple executives pointed out repeatedly during the presentation, the company is aiming this new Mac mini at professionals who use it for live performances, rendering video, running specialized hardware, and more. With the new model, Apple points to a “massive” Mac mini performance increase compared to the previous version, which is welcome but hardly surprising given how puny the old Mac mini was. 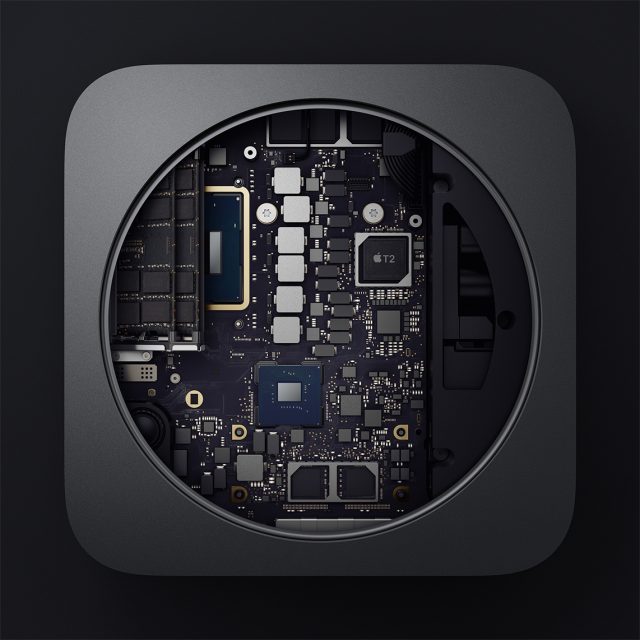 Unsurprisingly, the new Mac mini will run hotter than its predecessor, and Apple has adjusted to this with a new thermal-dissipation system that circulates air in and out of the computer at twice the previous rate while, the company claims, keeping the computer whisper quiet.

A Full Complement of Ports

The Mac mini has always been notable for its plethora of ports, and the new model is no exception.

The selection this time around includes four Thunderbolt 3 ports and an Ethernet port—with an option for 10-Gigabit Ethernet—along with a standard HDMI 2.0 port, a 3.5 mm headphone jack, and two legacy USB-A ports supporting USB 3.0.

Annoyingly for a machine that professionals are going to be stuffing in racks, the Mac mini still has no ports on the front. Photographers may be disappointed that there’s no camera-card slot on the front or back.

As a headless Mac, the Mac mini has long served the needs of those who want the flexibility to add a display (along with a keyboard and mouse or trackpad) of their choosing.

In the case of the new Mac mini, options beyond a single display include:

The Mac mini’s Thunderbolt 3 ports support native DisplayPort output over USB-C. With the right adapters, users of legacy displays can also do Thunderbolt 2, DVI, and VGA output via those ports. DVI is also supported through the HDMI port, with an adapter.

Even though it’s more expensive than its predecessor, which opened at $499, the new Mac mini is the only modern Mac whose entry-level configuration falls below the magical $1000 price point. However, build-to-order options will increase the price quickly because Apple charges a steep premium for RAM and storage. A maxed-out Mac mini would run nearly $4200, although dropping to the second tier RAM and SSD options would drop that to $2600. You can buy and install RAM from other vendors to save some money.

If you don’t already have a monitor, keyboard, and mouse, you might also want to take a look at Apple’s entry-level 21.5-inch iMac, which starts at $1099. It has similar specs, including a seventh-generation 2.3 GHz dual-core Intel Core i5 processor, 8 GB of memory, and a 1 TB hard drive, not to mention its integrated 1920-by-1080 display. Just make sure to swap that poky hard drive for a Fusion Drive or SSD.

Nonetheless, the new Mac mini is sure to find an audience among those who already have peripherals on hand, and who want an affordable, compact Mac that can be easily tucked into tight spaces while serving a myriad of uses. It may be a bit pricey for an individual’s home media server, but anyone who needs a tiny Mac for live performances or that can be stacked to make render farm, the Mac mini is once again a serious solution.