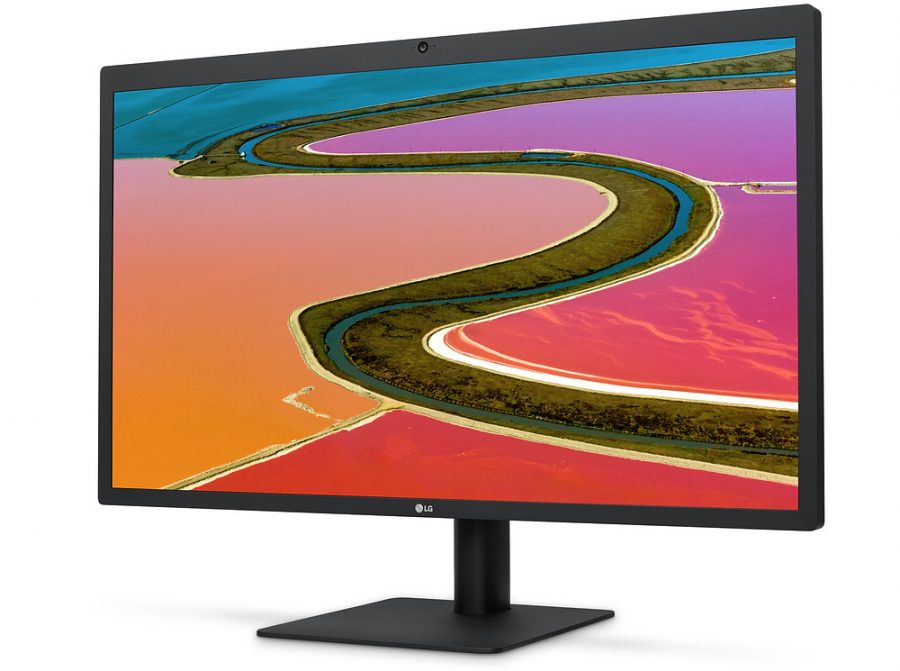 With the recent releases of the MacBook Air and the Mac mini, Apple made a point of saying that they can drive a 5K display running at 5120-by-2880 resolution with a refresh rate of up to 60 Hz. That sounds great, but if you’ve been assuming that you could waltz out and buy such a 5K display, you might need to think again.

My Kingdom for a 5K Display

Although the 27-inch iMac with 5K Retina display and iMac Pro both have 5K displays built in, Apple doesn’t currently make a standalone 5K display, or, in fact, an external display of any sort. When Apple dropped its 27-inch Thunderbolt Display (see “Apple Discontinues Thunderbolt Display with No Replacement in Sight,” 27 June 2016), the company worked with LG on a replacement: the $1299 LG UltraFine 5K Display.

So you could buy an LG UltraFine 5K Display, but you might not want to. That’s because the availability of that monitor seems to be in decline, with AppleInsider reporting that Apple Stores say it hasn’t been restocked in a while and that it’s not available for in-store pickup when ordered online. With luck, its availability is dropping because LG is replacing it with a new model, but LG could just be running down stock before discontinuing it.

The Wikipedia page for 5K resolution lists a small number of other 5K displays, including screens from Dell, Philips, and HP, but as far as I can tell, none are currently for sale, apart from a handful of ultra-wide monitors with unusual aspect ratios like 64:27 and 32:9. Also on that list is the Iiyama ProLite XB2779QQS, but its page on Amazon says it ships directly from Japan and has absolutely no ratings or reviews, which is suspicious.

In short, the LG UltraFine 5K Display appears to be the only 5K display you can buy today, and you would have to order it online, sight unseen. If you can wait, it’s possible that LG will have a new model, and Apple has said that it will be releasing an Apple-branded professional display alongside the revamped Mac Pro in 2019. Apple has said nothing about specs, but it’s hard to see the company selling a screen that doesn’t at least match up to its iMacs.

What’s going on here? There are innumerable 4K displays for sale, but only one 5K display? There are some possible explanations, such as the industry standardizing on 4K, there being interface issues for all but the most recent computers, the panels being hard to manufacture in quantity, the costs being too high for the perceived win over 4K, or even 8K being the next jump instead of 5K. I have no answers here, but if anyone knows more about this part of the industry, let me know.

How Did We Get Here? And Where Are We Going?

The point of “Retina,” which is now an Apple trademark, is to make the pixel density of a display high enough that text and images on the screen become sufficiently crisp that the human eye can’t detect individual pixels. The closer you get to a screen, the easier it is to make out individual pixels, so Retina doesn’t refer to an absolute resolution, but instead one that varies with the size of the device and the distance from which the user would generally be viewing. You hold an iPhone much closer to your face than you do an iMac. Or at least I do.

The iPhone 4 had a pixel density of 325 pixels per inch (ppi), the MacBook Pro screens are 220 ppi, and the iMac Retina screens are 218 or 219 ppi. The Mac screens haven’t changed over time, but Apple increased the iPhone X’s pixel density to a whopping 458 ppi.

A “5K” display is generally defined as one having about 5000 pixels of horizontal resolution; similarly, a 4K display has about 4000 pixels horizontally. Although you can theoretically run a 5K display at its native resolution, the text would be too small for most people to read, unless you were to get really close. Instead, macOS scales the resolution by default, so the 27-inch Retina iMac’s default setting is for a scaled resolution of 2560 by 1440. With scaling, macOS combines four native pixels (a 2-by-2 matrix) into one scaled pixel, and since it can adjust the color of each pixel, the result is a crisper look.

When the 27-inch Retina iMac came out, I bought one nearly instantly. I was ready for a new Mac, the performance was stellar for the time, and the screen was absolutely gorgeous. The only problem was that my main Mac has always been a dual-display system, dating back to the SE/30 with a 13-inch Apple Color Display in 1990. In 2014, there was no equivalent 27-inch 5K display that I could pair with the iMac, so I settled for Apple’s now-obsolete 27-inch Thunderbolt Display. It has a native resolution of 2560 by 1440, identical to the iMac’s scaled resolution, which gives me a single rectangular Desktop. I’ve been using that combination since 2014, but it has never been ideal. I can feel the difference in quality every time I look to my left at the Thunderbolt Display, and I have to make sure to take all screenshots on the iMac’s screen for maximum resolution—screenshot resolution, it turns out, varies by screen.

I initially assumed that 5K displays would become commonplace and that at some point they’d get cheap enough that I could justify replacing the 27-inch Thunderbolt Display with a 5K display that would give me the same scaled resolution as the iMac. That hasn’t happened, though, so I’ve decided to wait and see what Apple comes out with for the Mac Pro. It will undoubtedly be a Thunderbolt 3 device, so I’ll have to contend with replacing my iMac at the same time.

I hope that Apple pays more attention to the industrial design of this new display in conjunction with the iMac and the iMac Pro. Part of the problem with the 27-inch Thunderbolt Display when paired with a 27-inch Retina iMac is that the iMac is about an inch (2.5 cm) taller than the Thunderbolt Display. Since Apple doesn’t let you adjust the height of either device, the only way to get the two screens at the same height is to put the Thunderbolt Display on a book or other riser. It’s a kludge, and I expect better of Apple’s vaunted designers.

It’s hard to see the broader display industry getting behind 5K displays in a big way at this point. Apple often releases new technologies before other companies, which sometimes makes Apple’s engineers seem prescient and at other times causes Apple’s products to end up in technological cul-de-sacs. The 5K display may be one of those dead ends, but it won’t matter to Mac users if Apple’s pro display is good enough and not insanely expensive.

Comments About What Happened to 5K Displays?