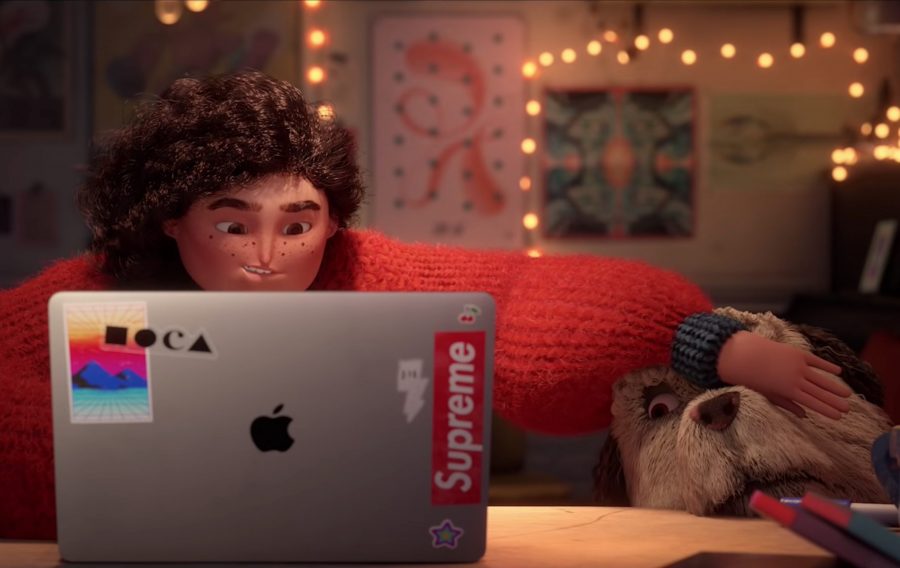 As we move into the holiday season, Apple has released a lovely short film called “Share Your Gifts” on YouTube. It’s a sweet story of a creative young woman who’s afraid to share her work with the world until her dog helps her to break out of her shell. Happily, for those who are a little tired of Apple’s emphasis on iPhones and iPads, she’s shown using a MacBook to express herself—it’s nice to see Apple demonstrating its commitment to the Mac in such a way.

Set to the Apple-commissioned song “come out and play” by the 16-year-old Billie Eilish, the film relies on an effective combination of a miniature physical set and computer-generated characters. Apple’s “Making of” video takes you behind the screen to hear from the set designers, animators, and others who brought this project to life. I can only imagine what the budget must have been.