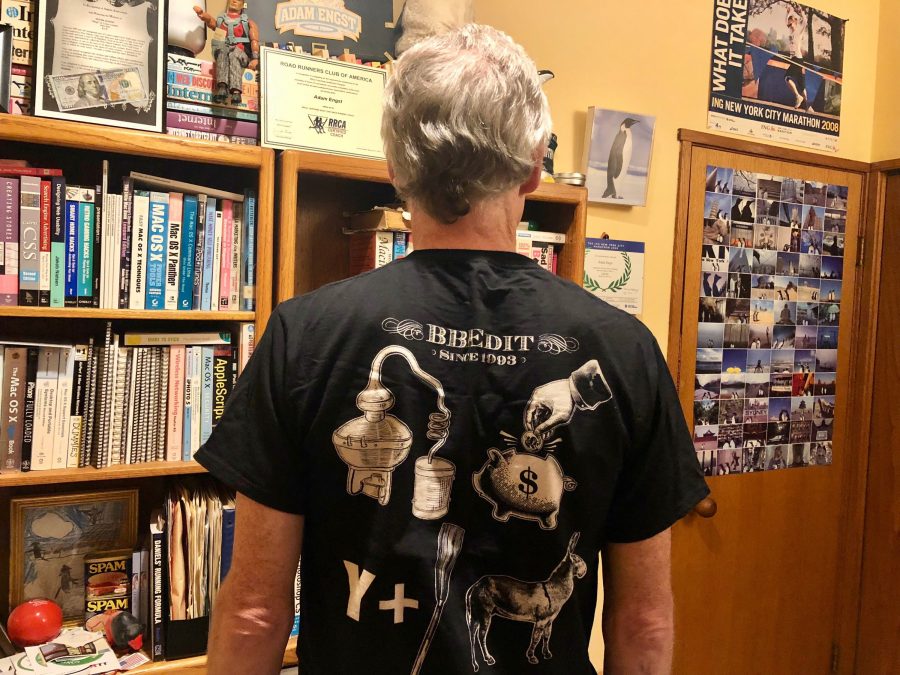 In 1993, Bare Bones Software started selling BBEdit because they had a product about which they could say confidently, “It doesn’t suck.” In the days when it was as important to release a T-shirt as well as an app, the motto made it onto a shirt that became a wardrobe go-to for many Mac developers. 25 years later, Guy Kawasaki, former chief evangelist of Apple, calls BBEdit’s lengthy run “delightful but not surprising,” and we agree. It’s an app that hearkens back to a simpler time while remaining relevant to today’s programmers, Web coders, and writers of every stripe. To commemorate BBEdit’s 25th anniversary year, Bare Bones has opened an online store with a reissue of the classic “It Doesn’t Suck” shirt and added a limited-edition rebus shirt along with a variety of other garments (fleece, hoodie, and sweats) for BBEdit fans who want to wear their text editor preference on their sleeves. If you have other great Apple-related T-shirts, post a picture in the comments!