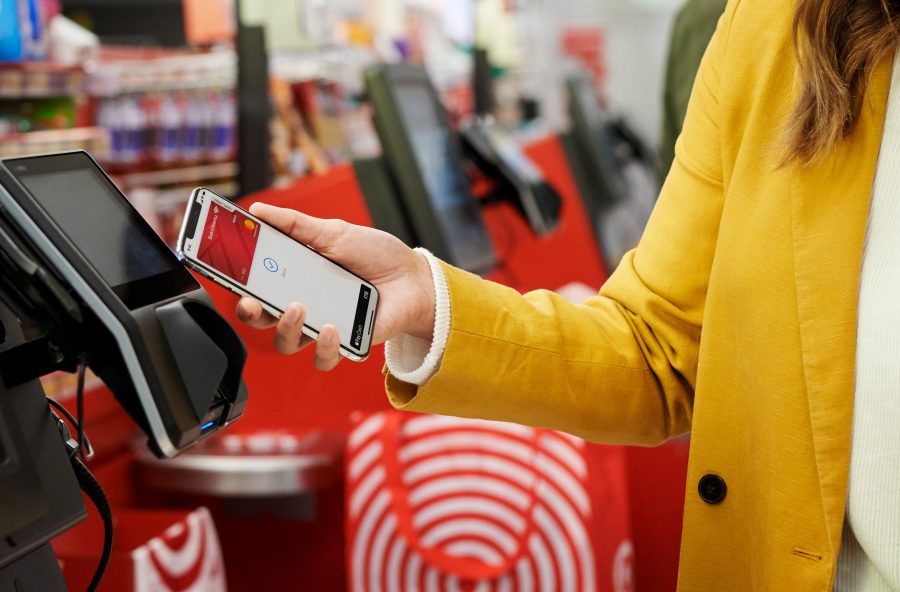 Apple has announced that Target, Taco Bell, Jack in the Box, Hy-Vee supermarkets, and Speedway convenience stores are adopting Apple Pay. Apple also noted that 74 of the top 100 US merchants now support Apple Pay, and it’s accepted at 65% of all US retail locations. Apple said:

Apple Pay is rolling out now in Target stores and will be available in all 1,850 locations across the US in the coming weeks. Customers can use Apple Pay today at more than 245 Hy-Vee stores in the Midwest and inside the store at all of Speedway’s approximately 3,000 locations across the Midwest, East Coast and Southeast. Apple Pay is also rolling out to more than 7,000 Taco Bell and 2,200 Jack in the Box locations in the next few months.

As Daring Fireball’s John Gruber pointed out, Target once was a key member of the MCX consortium behind the competing CurrentC digital wallet technology, which was championed by Walmart to oppose Apple Pay (see “The Real Reason Some Merchants Are Blocking Apple Pay… for Now,” 26 October 2014). CurrentC fell apart in 2016 (see “CurrentC Out of Juice,” 17 May 2016), and the technology was purchased by JPMorgan Chase & Co for its own Chase Pay program.

Comments About Apple Pay Adopted by Target, Taco Bell, Speedway, and Others