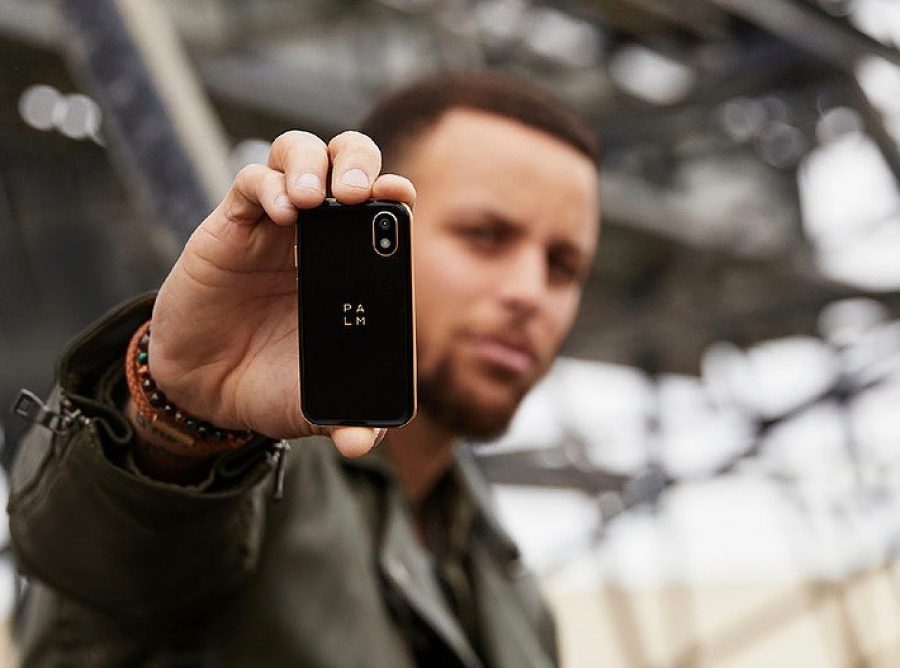 Those who prefer compact phones have lamented the apparent demise of Apple’s iPhone SE, which is much smaller than any of Apple’s current iPhone models—and therefore better for those with small hands to operate, and easier to tuck into tight spaces, such as the generally smaller pockets of women’s clothes. There have been rumors of an iPhone SE 2, which some tech commentators argue is needed.

But what if Apple offered a smartphone that was even smaller, one that could be slipped into that tiny fifth pocket on the front of your jeans? That’s the pocket used a century ago to carry a pocket watch, and, in 2005, by Steve Jobs to introduce the iPod nano.

Imagine Tim Cook stepping onstage to replicate that flourish with an iPhone nano, the smallest Apple smartphone of all time (cue raucous applause and cheers).

The iPhone nano is, of course, entirely imaginary—but my imagination has lately become a bit fevered while I’ve tested an actual, shipping smartphone of that size.

It’s called the Palm. Many of you will perk up at the mention of the beloved Palm name, once associated with popular personal digital assistants and some of the first smartphones. But don’t get too excited: After Palm fell on hard times, its brand name changed hands several times and is now owned by people who have nothing to do with the original company.

However, they are using the Palm name to generate excitement for their sole product, an Android phone that is crazy compact yet respectably functional. It’s also deeply flawed. Due to running Android, it’s also largely incompatible with the Apple ecosystem, and therefore of scant use to TidBITS readers and other Apple users—the absence of native iMessage support alone makes the Palm Phone a tough sell for most in this crowd.

So I am using the Palm as the starting point for a bit of speculation: what might Apple create along these lines if it were so inclined? After all, Apple’s modus operandi, as long as it has existed, has been to scrutinize flawed hardware products and to improve on them. What kind of mini-phone might it potentially dream up—perhaps with the Palm as both inspiration and cautionary tale?

The Palm looks just as you’d imagine it would. It’s a rectangular slab with curved edges like the iPhone XR or the Google Pixel—only much, much smaller. It has a power button on the upper right, a USB-C port at the bottom, single-lens cameras on the back and the front, and little else in terms of hardware—not even volume buttons. It is a pleasingly minimalist device. 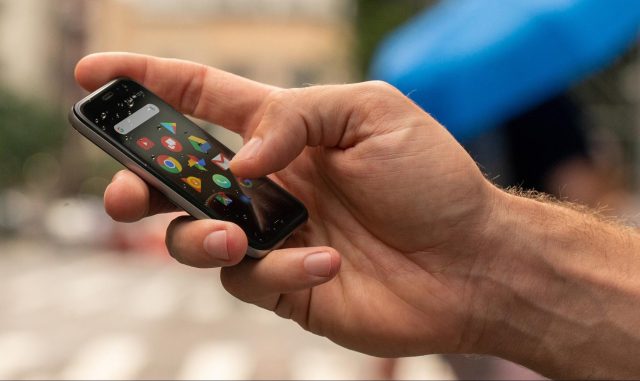 In spite of its diminutive size, this is a full Android phone that can run virtually all the apps that larger Android phones do.

Palm has made one clever allowance for the smaller screen size. Instead of displaying a grid of icons as the default interface, it has devised more of an icon cloud with items getting bigger as they scroll into view, and shrinking as they move out of view. There is also a compact grid beneath the cloud for stashing favorite apps.

The Palm has some unusual characteristics. It is not a standalone device, in the sense that you could use it by itself as your phone. Instead, it is intended as an accessory for a traditional handset, much like a smartwatch. Verizon, the Palm’s exclusive US wireless carrier, assigns the same cellular number to both devices, with data syncing via Verizon’s NumberShare service that also works with the Apple Watch and other cellular-capable watches. 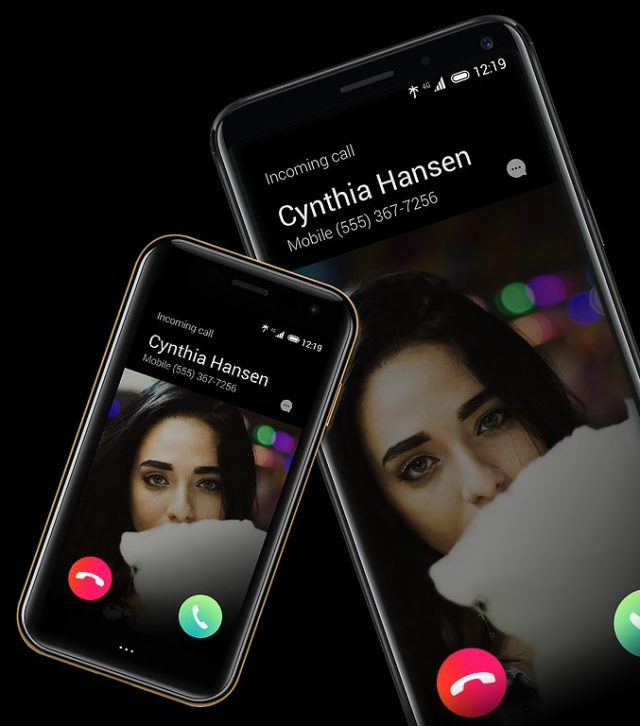 Why would anyone want a sidekick smartphone, a Mini-Me to the full-size Dr. Evil? Palm argues that users might sometimes want to leave their big, distracting phones behind and carry a smaller one that will provide better portability without being as disruptive—a useful trait for workouts, for instance.

To hammer home this lifestyle message, Palm provides a range of accessories for hanging the Palm around one’s neck, clipping it to bike handlebars, wearing it on an arm, carrying it in a purse, or transforming it into a mini-purse with a stylin’ Kate Spade leather case and wristlet. 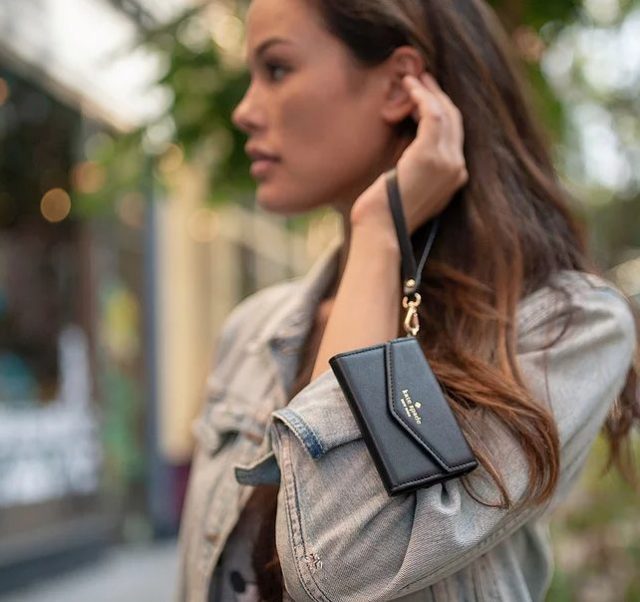 Palm is also positioning the minuscule phone as an alternative to a smartwatch—a superior one, Palm insists, given its full Android compatibility, built-in cameras and full keyboard messaging, none of which any current smartwatches provide.

But the Palm has serious problems that hobble it out of the gate. Its battery life is abysmal. Its performance is poor. Its cameras are mediocre. And, at $349.99, or $299.99 for those who sign up for a 2-year wireless contract, it’s a pricey proposition for hardware with entirely redundant functionality. Ars Technica’s headline says it all: “Palm Phone Review: Fun, endearing, and bad at everything.”

Even the idea of a super-tiny phone-for-a-phone device seems so preposterous to some that it received ridicule in Apple circles. Our friends Snaggy and Nitrozac at Geek Culture had some fun with the concept (the below is a portion of a 10 December 2018 comic—see the full comic here): 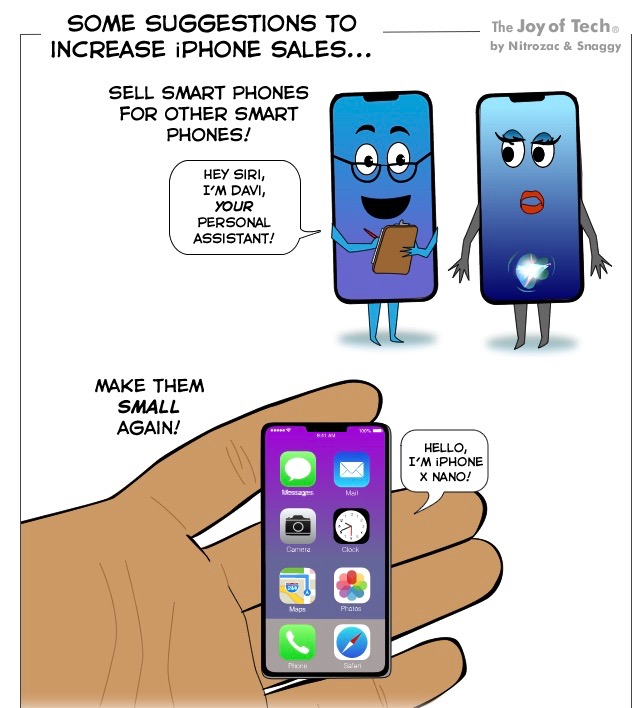 Still, I have to imagine that many iPhone users have looked at the Palm and thought, “What if?” I certainly did.

An iPhone the size of the Palm seems within the capabilities of Jony Ive and company, assuming the will is there.

In fact, Apple has already pulled it off, after a fashion. I pulled out my current sixth-generation iPod touch and placed it beside the Palm Phone. Look at that! In terms of screen size, the two devices are comparable—the iPod display is only slightly longer and wider after you subtract the iPod’s bezels. 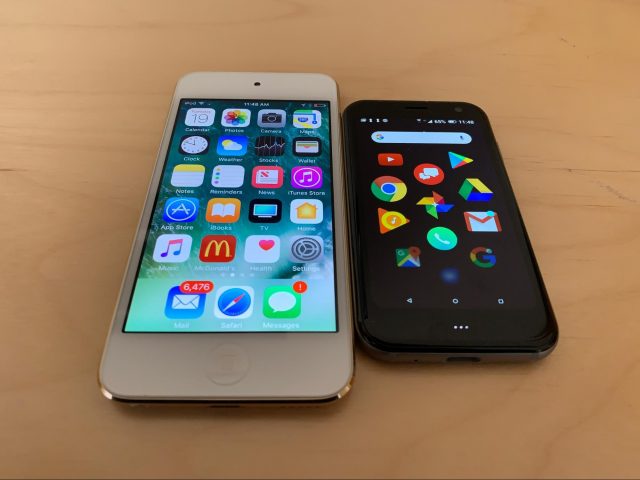 Apple has lately been stripping its iPhones of bezels to move toward what the company has likely been aiming for since the original iPhone, and what has been a sci-fi dream for decades: portable devices that are nothing in front but a screen. So why not release a next-generation version of the iPhone SE that loses the large top and bottom bezels and gets a lot thinner?

I have no idea if there’s a market for such an iPhone—I can’t imagine that the Palm will be a runaway sensation. But I imagine that at least some of those pining for an iPhone SE successor would perk up at the notion of an adorably diminutive iPhone nano—the name alone would generate enthusiasm, I’m sure.

This does raise all sorts of questions. What would the battery life be like? Would such a miniature iPhone be a standalone device or an accessory to a primary iPhone? Would the iOS interface require adaptation or modification for a much smaller screen, as the Android interface on the Palm has? Again, we are deep in the realm of speculation here, but I wonder if the answers to these questions might point away from iOS and toward something else.

That something else is the Apple Watch… or, rather, some sort of gizmo running watchOS but built more like a pocket device than one that straps around the wrist.

I’ve seen tantalizing glimpses of this. Several third-party accessory makers have devised ways to wear the Apple Watch as a pocket watch, locket, necklace, or scarf adornment. Though these approaches are impractical—the Apple Watch insists that you tap in the passcode if it’s not on your wrist—they demonstrate, at least visually, how a watchOS device could be used other than on the wrist.

More along the form factor of the Palm is a conceptual Pod Case accessory that would let a hypothetical user insert an Apple Watch into a case-like dock resembling the iPod nano. The Pod Case doesn’t seem headed towards fruition and, in any case, looks to be a purely cosmetic exercise. 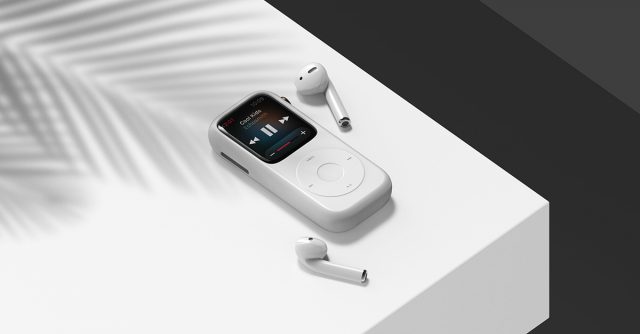 But—work with me here—what if Apple created a watchOS device that works like an Apple Watch but looks like an iPod nano? I am thinking, in particular, of the final, full-touchscreen member of the iPod nano line before Apple killed it off in 2017. 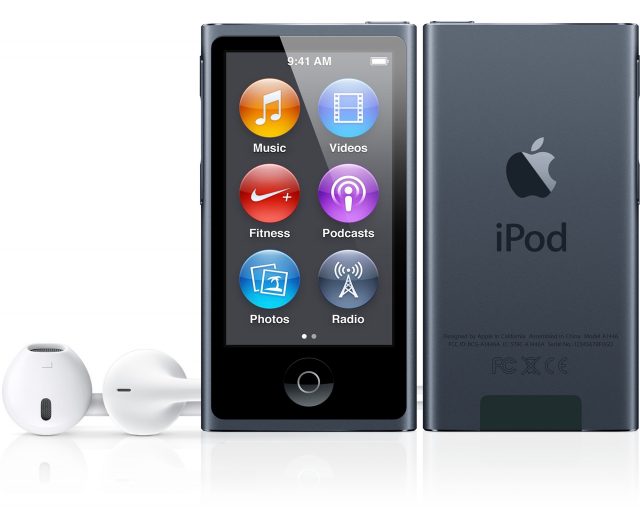 Consider, furthermore, that the Apple Watch is increasingly self-reliant as of late. That is, it can do more and more stuff on its own, with its companion iPhone out of the picture. It is now a decent standalone podcast player, for instance (see “Overcast and Apple’s Podcasts Make the Apple Watch a Decent Podcast Player,” 15 October 2018). More to the point of this article, the Apple Watch can make and receive phone calls, play music, and send and receive text messages—independent of the parent iPhone.

You can see where I’m going with this. I’m envisioning an iPhone nano as Apple’s answer to Palm’s phone, with variations to address the Palm device’s shortcomings. They’re even about the same size. 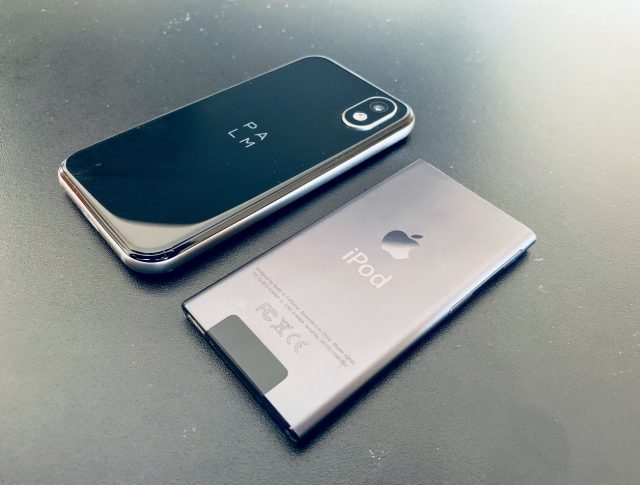 Such an iPhone nano would:

Who wants an iPhone nano?

But, again, is there a market for such a product? I don’t know… but I want one.

I’m not crazy about wearing a watch, at least not all the time. My Apple Watch is fine for fitness, but it annoys me in the winter when I have to dig through multiple layers of clothing—not everyone lives in sunny Cupertino—to find the watch screen for viewing and tapping. Sometimes I don’t even bother because it’s just as easy to pull out my iPhone.

Yet the iPhone is also sometimes itself an annoyance. I have long gone big with my iPhones because they serve in this capacity as mini-tablets for ebook reading, video viewing, photo editing, and even a bit of light productivity with an add-on physical keyboard. But such a big handset is irksome to stuff into pockets and often gets in the way.

An iPhone nano might be a perfect add-on. I’d love to tuck such a gizmo into the tiny watch pocket on my jeans or strap it to my arm for workouts—how about you? Apple just needs to apply some of that vaunted hardware engineering talent to making the iPhone small again.

Comments About Palm’s Tiny Phone Sucks, but How About an iPhone nano?