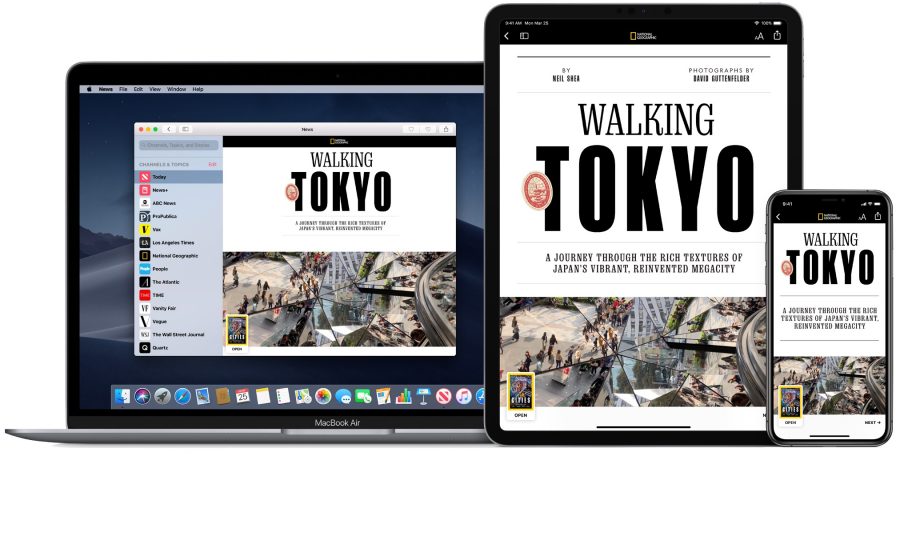 That speculation was on the money. At its services-focused special event on 25 March 2019, Apple announced what it is calling Apple News+, a paid add-on to Apple News with access to about 300 magazines, plus a handful of major newspapers and digital publications. Apple News+ is available in the United States and Canada as of today. Australia and Europe are slated to get access “in the fall”—which we suspect means September, to align with the next iPhone and iOS releases. 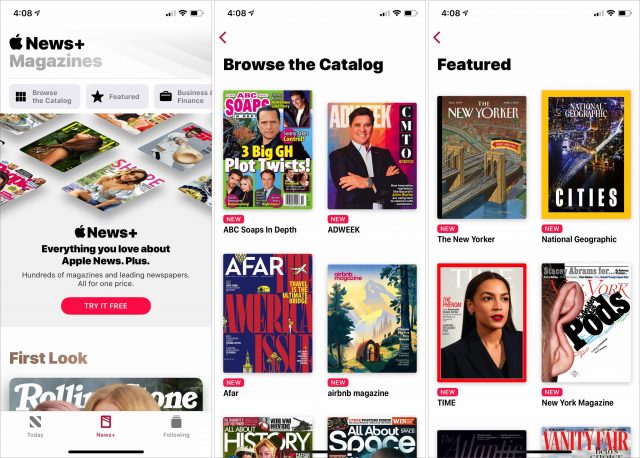 To enable Apple News+ on your devices, you must first update to iOS 12.2 or macOS 10.14.4 Mojave. Then, look for the News+ icon in your News app’s sidebar or toolbar. Don’t see it? Look again—it can be easy to overlook since it looks so much like the Today icon.

Apple News+ adapts the magazine reading experience for on-screen consumption with animated covers, customized photos and infographics, search across multiple titles, smart user recommendations, effortless navigation within and across magazines, and dynamic layouts that seamlessly adapt themselves to iPhone, iPad, and Mac screens. None of this is revolutionary since Texture did much of the same.

Apple aspires to create a more comprehensive paid-news service with all kinds of content, but it has work to do. Apart from the magazines (including 30 Canadian titles), Apple News+ will initially offer access to just the Los Angeles Times and the Wall Street Journal, along with Canadian newspaper The Star, along with a handful of Web sites from the likes of theSkimm, Vox, New York Magazine, and TechCrunch. One warning about the Wall Street Journal: you apparently don’t get access to all of the newspaper’s content, but only a curated collection of general interest news.

At $9.99, Apple News+ is competitively priced—especially considering that multiple members of a household can use it, each with their own preferred magazines and preferences, at that single subscription cost. Apple is making the first month free as well. Of course, just how reasonable Apple News+ seems to you depends on how many print subscriptions it would replace and how expensive they are—do you currently pay $120 per year for periodicals?

Apple News+ has competition. Companies like Amazon, Magzter, Scribd, and Zinio offer much of the same—with more extensive magazine catalogs in some cases. Texture is also still available, reportedly until May—but if you migrate from Texture to Apple News+, your subscription will come with you.

Potential subscribers should also look to their public libraries before plunking down money for a paid service like Apple News+ since robust selections of digital magazines are available from those public institutions at no cost via digital partners such as Flipster and RBdigital.

For users of Apple devices, however, Apple News+ will have particular allure, given Apple’s attention to detail and ease of use. Apple also emphasizes that Apple News+ will protect your privacy, keeping advertisers (and even Apple itself) from knowing what you’re reading.

The larger question is how well Apple News+ will work for publishers. The New York Times recently made public its displeasure with the service and said it did not plan to participate. Other news organizations are reportedly objecting to the share of revenue Apple is said to be taking in exchange for their participation.

Whether Apple can woo such skeptical publishers will go a long way to determining the success of Apple News+ because it will be a harder sell if readers still have to subscribe to some of their favorite publications separately.

Is Apple News+ going to make a difference to how you consume periodicals? How much do you spend now, and will you save money or just get more to read? Register your vote in our quick four-question survey and expand on your answer in the comments.