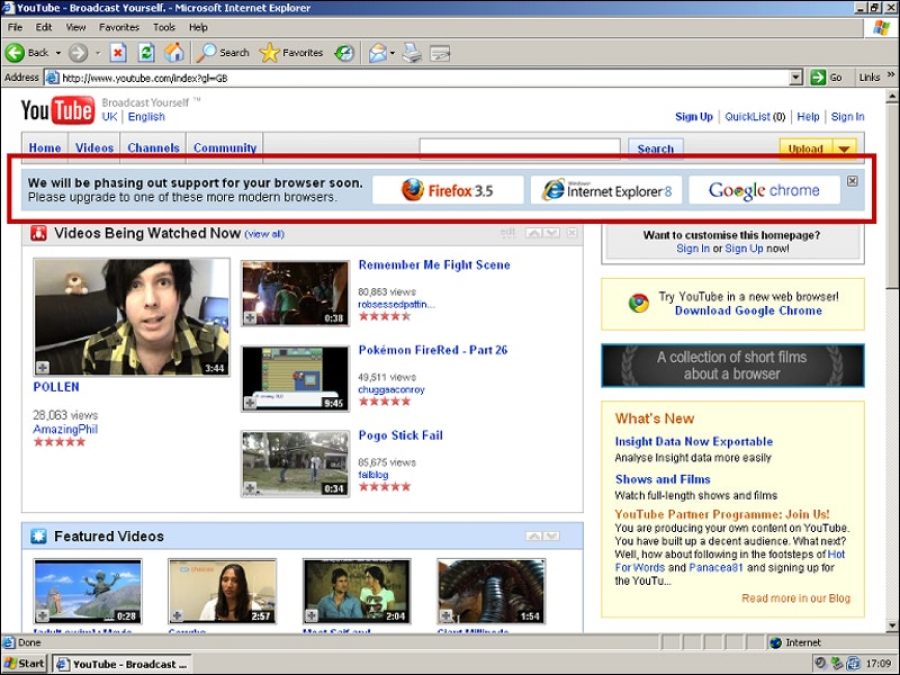 In the early 2000s, Internet Explorer 6 was the bane of Web professionals because it ignored Web standards, it was riddled with an absurd number of security holes, and Microsoft essentially left it to rot for years despite it being installed by default in millions of Windows machines. Have you ever wondered how the Web managed to move on from IE6? This old TidBITS article gives a hint—in “YouTube Halts Full Support for Older Browsers on 13 March 2010” (22 February 2010), Glenn Fleishman wrote:

Frankly, we’re entirely in favor of Google taking a stand on the use of these old browsers, Internet Explorer 6 in particular. The TidBITS Web site has never rendered well in Internet Explorer 6 because its support for basic Web standards was so lacking, and we couldn’t justify spending significant time and effort on such an old browser for a non-Apple platform.

We didn’t know the half of it then, but the real story was much more interesting than Google flexing its muscle. Chris Zacharias, an early YouTube employee, has written an entertaining blog post about how he and a rogue team of developers snuck in a banner on YouTube that claimed that Internet Explorer 6 support was being phased out. Not realizing the banner hadn’t been authorized by management, the Google Docs team followed suit shortly afterward, and once several other Google sites joined in, such Internet Explorer 6 banners started appearing everywhere. Within a month, over 10% of Internet Explorer 6 traffic had disappeared, and the writing was on the wall for Internet Explorer 6’s eventual demise.

It’s a lovely illustration of how things are sometimes accomplished in large, bureaucratic corporations. As Steve Jobs once said, “It’s better to be a pirate than join the Navy.”