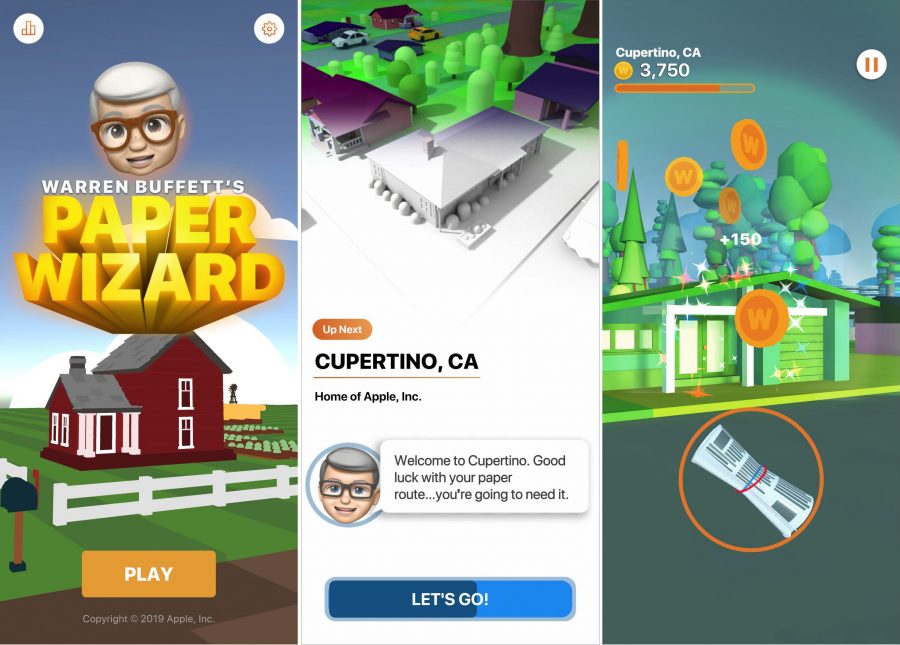 Warren Buffett’s Berkshire Hathaway is one of Apple’s biggest investors, and Apple has returned the favor by creating a game honoring him: Warren Buffet’s Paper Wizard, Apple’s first game since 2008’s long-defunct Texas Hold’em. MacRumors notes that Apple released the game as part of an on-stage gag at Berkshire Hathaway’s annual meeting, where Apple CEO Tim Cook made a surprise appearance. Buffett got his start as a newspaper delivery boy, even holding a newspaper-tossing contest for years at Berkshire Hathaway.

Warren Buffett’s Paper Wizard plays very much like a 3D version of Atari’s 1985 arcade game Paperboy. Movement happens automatically. A newspaper appears near the bottom of the screen, and you use your finger to launch it at houses and buildings, trying to hit the targets while avoiding birds and cars. The game even features Apple’s new, spaceship-like headquarters.

Comments About Apple’s First iPhone Game Since 2008 Is about… Warren Buffett?