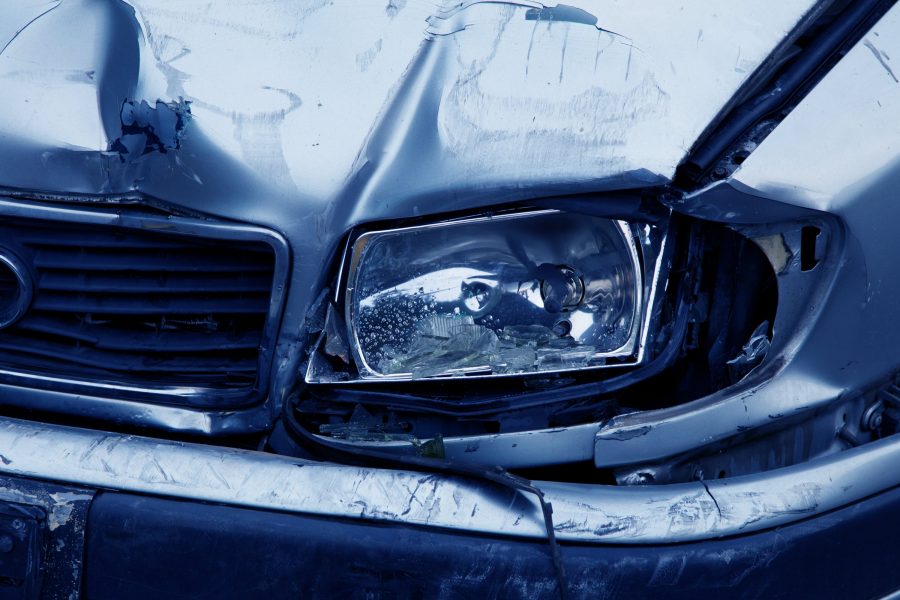 The U.S. National Highway Traffic Safety Administration estimates that 660,000 drivers use cell phones while driving during the daytime. In 2015 alone, 391,000 people were injured and 3477 killed in distracted driving incidents. Given the iPhone’s 30 to 40 percent share of the smartphone market, it arguably bears some blame for over 100,000 injuries and 1000 deaths in just that year.

(As an aside, that article overstates the possible responsibility of the iPhone, since we erroneously attributed all distracted-driving deaths to cell phone usage, when in fact only 453 people died due to cell phone-related crashes in 2015. That puts the iPhone’s share at between 135 and 180 people.)

The fatality numbers stayed roughly the same in 2016, with 3450 deaths from distracted driving, 453 of which were specifically attributable to cell phone usage. Then Apple introduced DNDWD in September 2017—has it been effective in reducing fatalities? Arguably, if it has prevented even one fatal crash, it was worthwhile, but the necessary statistics have been slow to appear.

The first indirect signs were positive, as we reported in the overenthusiastically titled “Apple’s “Do Not Disturb While Driving” Is Reducing Distracted Driving” (18 April 2018). But the suggestion that it reduced iPhone use while driving by 8% came from a company making an app that promotes safe driving, and until very recently, we didn’t have updated crash numbers.

Thanks to new details from the National Highway Traffic Safety Administration, we now have full statistics from 2017 and preliminary fatality numbers from the first 9 months of 2018, providing roughly a year of numbers since DNDWD became available in September 2017.

Cell Phone Use While Driving

First off, has use of cell phones while driving decreased since the advent of DNDWD? There was a slight decline in 2017, though not in all parts of the country. (Details for 2018 aren’t yet available.)

Although even statistically insignificant drops are still welcome, the most troubling statistic is that in the Northeast, the percentage of drivers playing with their phones increased from 1.1% in 2016 to 2.8% in 2017. Fellow Northeasterners, put those phones down!

Most people who use a cell phone while driving undoubtedly think they can do so safely. But the consequences of being wrong are high. According to the National Highway Traffic Safety Administration’s 2017 statistics, 52,274 drivers were involved in 34,247 fatal crashes that claimed the lives of 37,133 people. 9% of those incidents were associated with distracted driving, resulting in 2935 crashes and 3166 deaths. Those numbers were down from 2016 when there were 3197 distracted-driving crashes and 3450 deaths.

As I noted earlier, phones aren’t responsible for all of those deaths, or even the majority of them—there are a lot of ways to be distracted in a car. (This is one of the big arguments in favor of self-driving cars—they don’t get distracted by… Squirrel!)

However, while the raw number of distracted-driving crashes and crashes involving cell phone use dropped, the overall number of fatal crashes fell slightly as well, so the percentages remained the same. 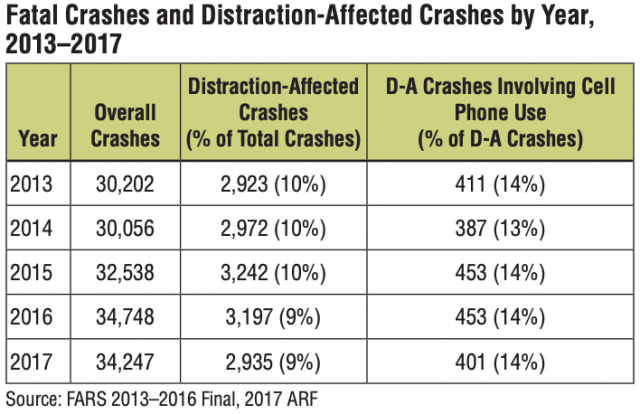 Once again, while any drops are good news, 2016 had the highest number of crashes in the last five years (and saw significant increases in the number of pedestrian, motorcyclist, and bicyclist deaths). 2017 may have been better than 2016, but the overall fatality stats are still worse than previous years, and the percentage of distracted-driving deaths associated with cell phone use has remained constant at 14% for some time.

As much as it’s frustrating to say this, 18 months after DNDWD appeared, we simply don’t yet know if DNDWD is making a difference. Gathering, analyzing, and compiling all this data clearly takes time, and even though we’re nearly halfway into 2019, the NHTSA hasn’t yet released the full 2018 numbers.

The 2017 stats—which encompass just 3 months of DNDWD’s tenure so far—were tentatively positive, showing small raw number drops in fatalities, even if the percentages remained the same. And the 2017 cell phone usage numbers also showed small decreases. Since the preliminary 2018 numbers indicated a 2.0% drop in overall fatalities, we can hope that cell phone usage and deaths associated with cell phone-associated distracted driving will also have dropped.

Of course, most mistakes made from distracted driving don’t result in fatalities. In 2015, the last year for which NHTSA appears to have published statistics on less severe crashes, there were 1,715,000 crashes resulting in injuries, and 4,548,000 crashes resulting only in property damage. Roughly 1.2% (21,000) and 1.0% (48,000) of those crashes, respectively, were associated with cell phone use. Those numbers pre-date the advent of DNDWD, but add some color to why technologies like DNDWD could make a real difference in death, injury, and property damage rates. 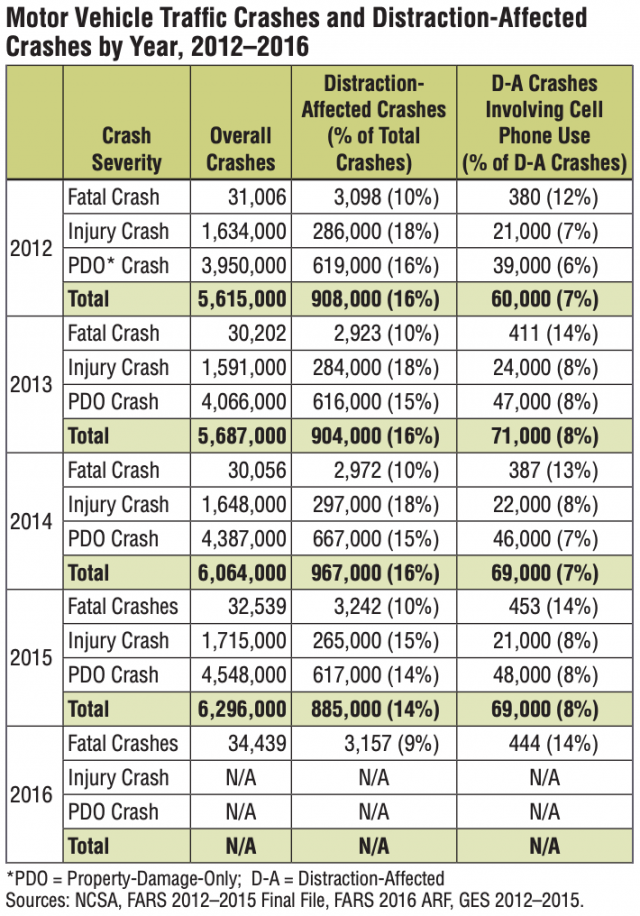 Lastly, it’s worth keeping in mind that many of these crashes rely on self-reporting of mistakes, and people are notoriously bad at admitting what they’ve done wrong. In another research note on the topic, the NHTSA says:

There are negative implications associated with distracted driving—especially in conjunction with a crash. Survey research shows that self-reporting of negative behavior is lower than actual occurrence of that negative behavior. There is no reason to believe that self-reporting of distracted driving to a law enforcement officer would differ. The inference is that the reported driver distraction during crashes is lower than the actual occurrence.

In other words, there are almost certainly more crashes caused by cell phone usage than even the NHTSA’s numbers indicate. Sigh.

I contacted Apple PR to see if the company had any additional statistics to share, such as the percentage of iPhone users who keep DNDWD enabled or any internal research that might paint DNDWD in a positive light, but no one from Apple responded. If they do, I’ll either update the article or add more details in a comment.

automobiles Do Not Disturb While Driving iPhone, iPad, & iOS

Comments About Is Do Not Disturb While Driving Reducing Car Crashes?