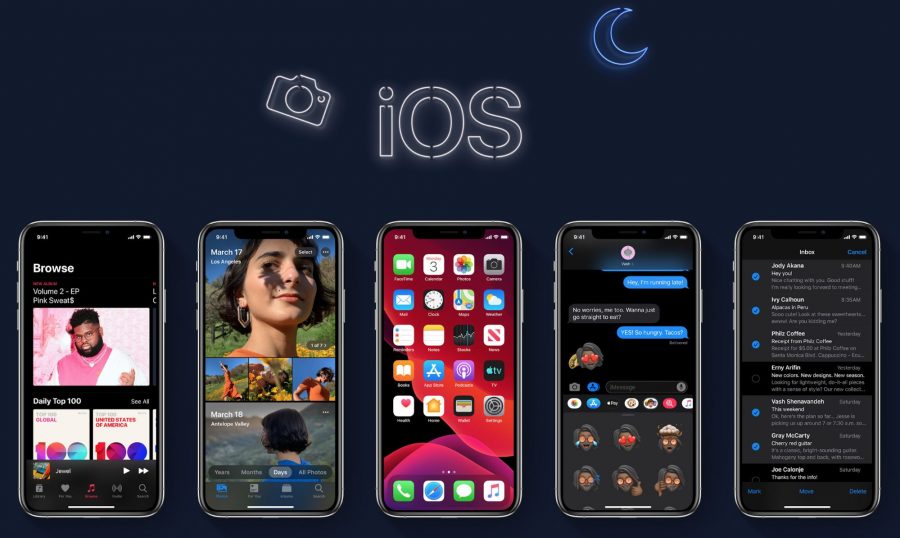 As expected, Apple announced iOS 13 (there’s no room for superstition in Cupertino) at today’s WWDC keynote, but the surprise was the announcement of iPadOS (no version number yet). iPadOS isn’t quite the radical rethink that the new name might indicate, but it is a reflection of how the iPhone and iPad have been moving in different directions.

The two might split further apart in the future, but for now, iPadOS is basically a superset of iOS 13, enjoying iOS 13 benefits such as 30% faster Face ID recognition, 50% smaller app downloads with 60% smaller updates, and app launches that are up to twice as fast. However, unlike iOS 12, iOS 13 isn’t primarily a performance update.

Here are some of the new goodies coming later this year.

Taking a page from macOS 10.14 Mojave, iOS 13 will be gaining Dark Mode despite the productivity hit it can engender—see “The Dark Side of Dark Mode” (31 May 2019). Although Dark Mode is iOS 13’s marquee feature, there isn’t much to say: it makes apps dark, at least Apple’s built-in ones. Third-party developers will surely spend the summer adding support to their apps. You’ll be able to turn it on manually in Control Center or set it to turn on automatically at night.

Dark Mode may be more controversial on the Mac, but in iOS, it will be welcome to those who use iOS devices in dark rooms. It should also offer some battery life benefits on OLED-based iPhones like the iPhone X.

The Reminders app has always been frustratingly weak, so it’s exciting that Apple is overhauling the app. Apple was light on details, but the screenshots look cool, assuming you can read them in Dark Mode. 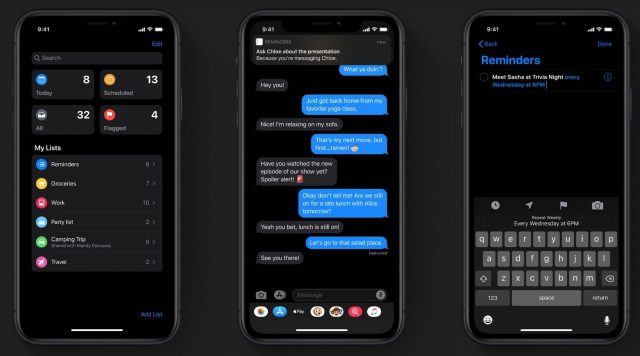 One thing Apple is promising is that the new Reminders app better integrates with other system apps like Calendar and Messages. For example, you can tag a contact in a Reminder and you’ll be notified of that reminder when in an iMessage conversation with them.

A new QuickType toolbar above the keyboard lets you add times, dates, locations, and even photos and scanned documents to reminders. And machine learning will supposedly help organize your lists intelligently, though we’d settle for simple sorting (see “Bad Apple #4: Reminders Stinks at Sorting,” 3 May 2019).

Apple is rebuilding its Maps app and underlying database from the ground up in its attempt to catch up with Google Maps. The company has sent cars to drive more than 4 million miles around the United States, an effort it hopes to complete by the end of 2019, with select other countries being completed in 2020. The new maps are significantly more detailed, and we hope that carries over to more reliable navigation.

Part of Apple’s remapping effort is a “new” feature called Look Around, which presents a street-level photographic view of map locations—just don’t call it Street View. As you’d expect from Apple, Look Around seems to work more smoothly than Google’s Street View. 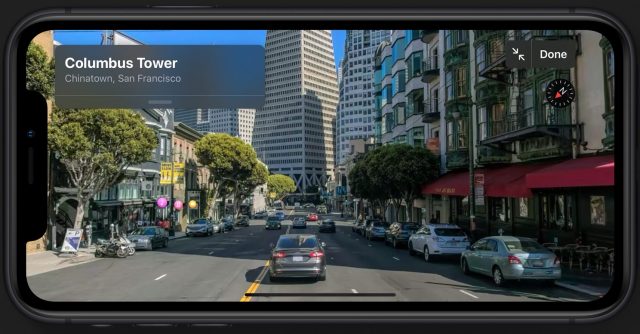 Maps offers app-level improvements as well. Favorites are available when you tap the Search bar, making them easier to find. You can also corral favorites into collections, which you can then share with friends. Apple also mentioned a new feature that lets you share an updated ETA while en route to a destination.

Many of us don’t look at old photos because it’s an overwhelming task. Apple tried to address this with Memories, but we doubt they were as helpful as Apple hoped. Now Apple has borrowed a page from Google Photos and, instead of just dumping a grid of photos in your lap, Photos intelligently organizes them into collections based on days, months, and years. Machine learning also helps remove duplicates and clutter, and highlight your best shots. 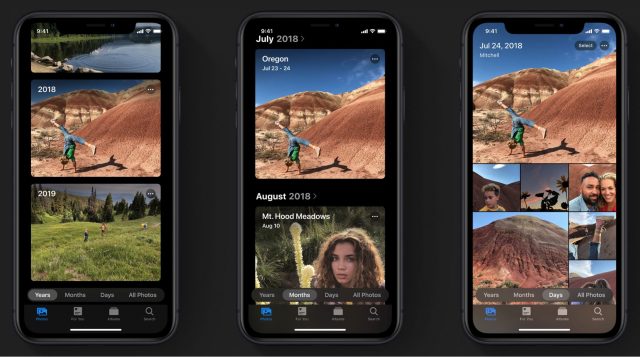 The photo editor has been redesigned to give you tap-and-drag access to all effects, including many new ones. And—finally!—all photo editing options are available with videos as well, including cropping and rotation, so you can fix videos accidentally taken in the wrong orientation without resorting to iMovie on the Mac.

Finally, the Camera app offers a few Portrait Mode tweaks, including a new high-key mono effect and a way to adjust portrait lighting.

One of the major announcements from the keynote was the new Sign In with Apple feature, which will compete with single-sign-on solutions from Facebook and Google. The concept is simple: you can log into an app with the device’s associated Apple ID, but unlike Facebook and Google, Apple will not share your personal information unless you explicitly allow it. In fact, Apple lets you create a temporary, anonymous email address just for that app. The only question is if developers will choose to use it, and it seems like Apple won’t give them a choice. It wasn’t clear if Sign In with Apple might also become available for Web sites, where it would be even more welcome. 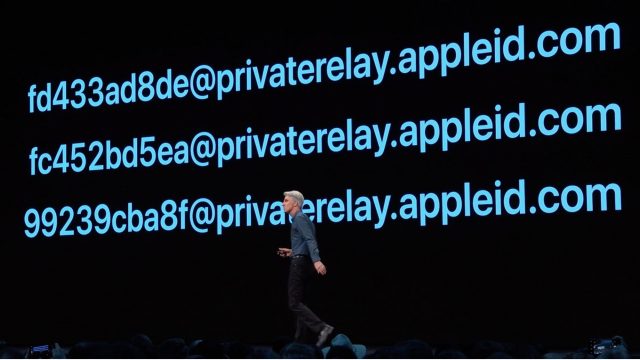 iOS 13 will also offer improvements with respect to location tracking. You’ll be able to let an app view your location just once, you’ll receive alerts about apps tracking your location, and Apple is even limiting access to Wi-Fi and Bluetooth data so developers can’t infer your location using those technologies.

iOS 13 is bringing a bunch of other miscellaneous features as well. Here are a few of them:

So what is iPadOS? It’s essentially iOS 13, with special iPad-specific tweaks that optimize the experience so that the iPad isn’t just a “big iPhone.” Here are some of the features that set iPadOS apart from iOS 13:

Unfortunately, iOS 13 and iPadOS do not run on all the devices that support iOS 12. On the iPhone side, the iPhone 5s, iPhone 6, and iPhone 6 Plus have all been dropped, leaving the iPhone 6s, iPhone 6s Plus, and iPhone SE as the oldest iPhones supported Similarly, the only iPod touch that can run iOS 13 will be the recently released seventh-generation model.

As for iPads, the original iPad Air, iPad mini 2, and iPad mini 3 have been abandoned, leaving the following models capable of running iPadOS:

Apple said that betas of iOS 13 and iPadOS would be available to developers immediately, and we anticipate public betas in July. The final release will likely coincide with Apple’s usual announcement of new iPhones in September.

Comments About Apple Announces iOS 13 and Breaks Out iPadOS