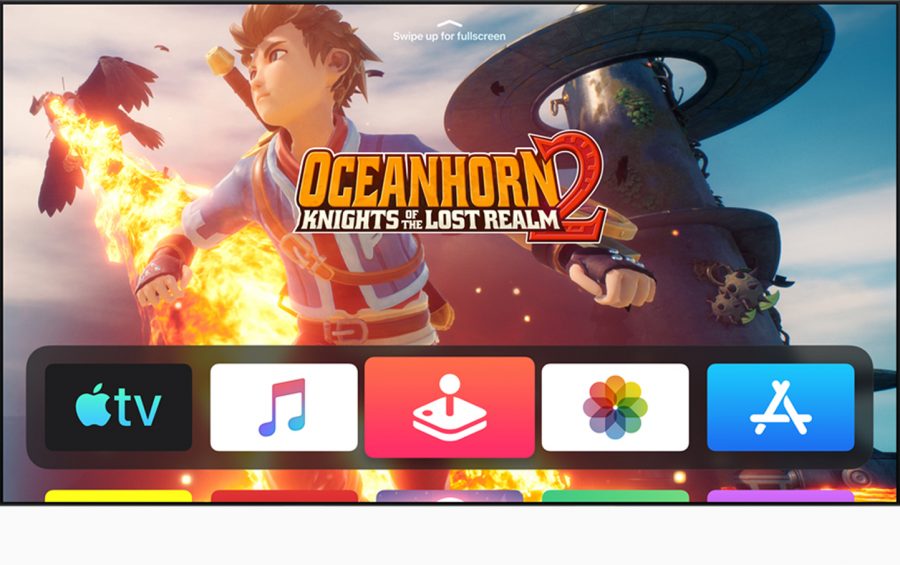 I’ve spent the past five years documenting everything there is to know about the Apple TV, so I was pleased to see that tvOS, wholly neglected at the last WWDC keynote, took the top slot at this year’s keynote. Apple announced a lot of neat features for tvOS 13, and here’s a quick peek at what you can look forward to when tvOS 13 ships, likely in September 2019.

Apple is making quite a big deal out of the “new Home screen,” but it’s not that different than what you’re used to. The two most immediately noticeable changes are a shadow box around the first row of icons and the addition of video previews to the Home screen apps in that top row. 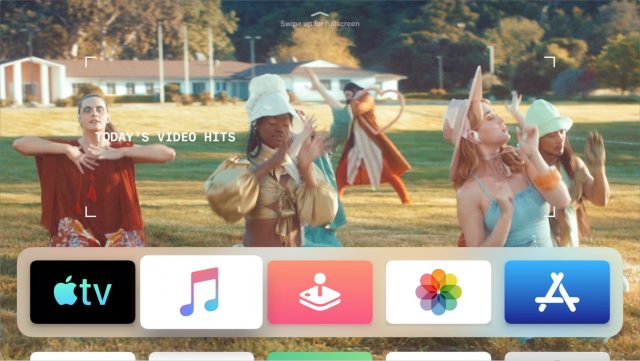 I know what you’re thinking, but these auto-play previews aren’t that bad! It seems like someone at Apple read Adam Engst’s “#DeathToAutoPlay—No More Audio and Video That Plays Automatically!” (6 February 2019) because the company did some things to keep tvOS 13’s previews from being as obnoxious as those that Netflix assaults us with:

If you want to hear audio, you can swipe up on the preview video to take it full screen and press Play to play the video with sound. There may also be multiple preview videos that you can switch between by swiping left or right. (At the moment, previews work only in the Music app.) 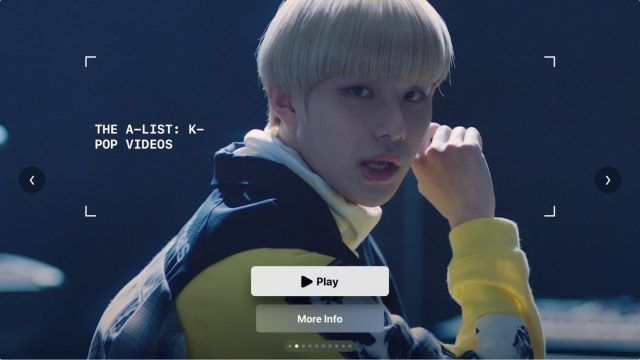 I’ve long wanted a Control Center in tvOS—if for no other reason to make audio output switching easier—and we finally have one! Press and hold the Apple TV button to bring it up. 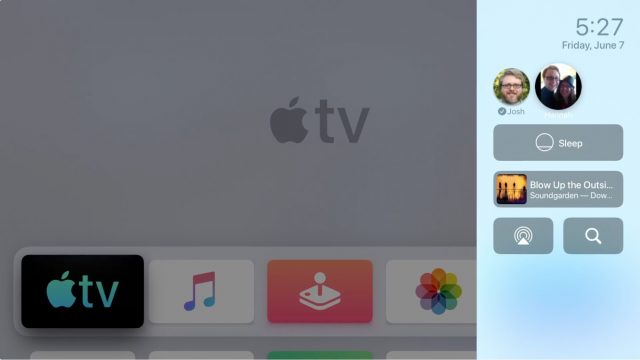 In Control Center, you can see the date and time, put the Apple TV to sleep, control background audio playback, choose audio output, and search. I hope Apple adds some other quick settings, like switching between light and dark modes, or even provides customization options like in iOS, but for now, I’m happy that I can switch to AirPods without fumbling through Settings.

The other big thing you do in Control Center is switch between users. That’s right, tvOS has gained multi-user support before iOS. You can add multiple Apple IDs to tvOS 13 (Settings > Users and Accounts > Add New User). Note that this doesn’t change which apps appear on the Home screen, but rather the content of apps like Apple TV, App Store, and Music. It’s not yet clear what third-party apps will take advantage of multi-user support.

As you can see below, switching users changes what you see in the Apple TV app.

Here’s a fun little enhancement: the Music app now displays lyrics, synced to match up to the music as it plays. Can Apple TV karaoke be far away? 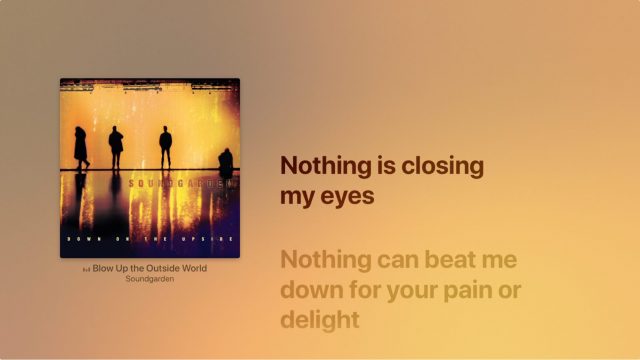 Apple Arcade, Apple’s upcoming subscription gaming service, is in the tvOS 13 beta, both as an independent app and as a tab in the App Store. Unfortunately, there isn’t much to see yet. 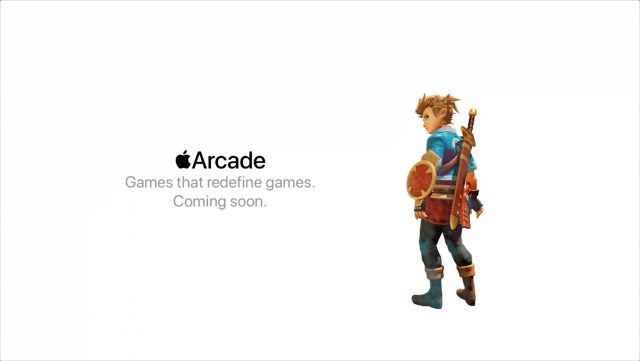 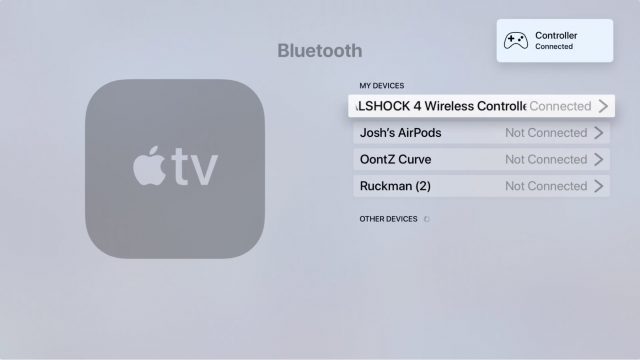 Of everything announced at WWDC, game controller support might be the single most unexpected news item. If anything, gaming commentators always assumed Apple would develop its own controller. Ultimately, Apple probably realized it could never outdo Sony’s and Microsoft’s decades of experience in designing game controllers, nor could it contend with their extensive and well-defended patent portfolios.

This is great news for Apple TV owners who also own one of these consoles because it means they already have a fantastic game controller at hand and can get a lot more out of Apple TV gaming than they could with a Siri Remote or an iPhone. Even if you don’t already own one of these consoles, either controller will be much better than any of the existing MFi game controllers on the market, and cheaper too. The MFi SteelSeries Nimbus costs about $50 while the PlayStation 4 and Xbox controllers sell for around $40. If you want to improve your gaming experience after installing tvOS 13 (or any of its siblings), you can’t go wrong with either one, though the Xbox controller has native Windows 10 support as well.

Finally, Apple is touting a new collection of 4K HDR screen savers from the BBC Natural History Unit, the same team behind Blue Planet. They’re not yet in tvOS 13, though they’ll undoubtedly be incredible. We’d still like to see the Apple TV screensaver do a better job of turning a huge TV into a digital picture frame. 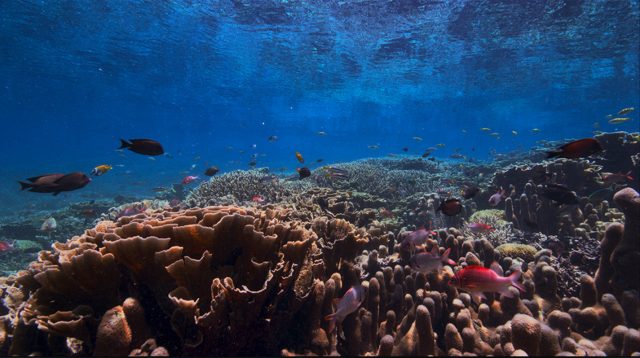 So there you have it: a refined Home screen, Control Center, multi-user support, game controller support, and gorgeous new screen savers all combine to make tvOS 13 the most exciting update to the Apple TV in years.

Comments About An Early Look at tvOS 13