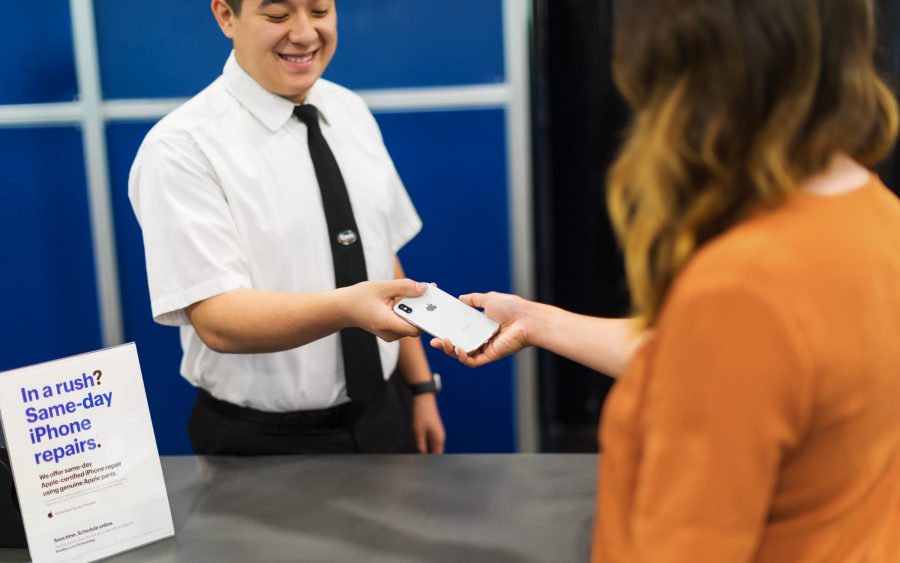 Apple has announced that it has expanded its repair partnership with Best Buy, making every store (nearly 1000) across the United States an Apple Authorized Service Provider. The move is aimed at addressing complaints that Apple can’t keep up with the number of device repairs needed.

But should you take a broken Apple device to Best Buy to be fixed? Apple said in its announcement that Best Buy uses genuine parts and that Apple backs every repair. Best Buy says it can do screen repairs, battery replacements, and more, often with same-day service, although the fine print on Best Buy’s press release acknowledges that “certain repairs may require a longer mail-in exchange process,” presumably to Apple. In such cases, you may be better off sending the device to Apple yourself.

That said, even Best Buy locations recommended by Apple Support have turned me away when I’ve sought to have devices repaired in the past, and other TidBITS contributors have stories of Best Buy’s Geek Squad techs being unable to resolve standard repair problems. Developer Michael Tsai wonders if Best Buy will be able to perform MacBook Pro keyboard replacements in-house and if the company will attempt to charge for what are supposed to be free services. Tsai also shares some negative stories about Best Buy’s Geek Squad.

Regardless, if you don’t have an Apple Store in your area, Best Buy might be your best bet for quick turnaround. But if same-day repair isn’t essential, Apple’s mail-in service might be better.

Comments About Apple Expands Its Repair Partnership with Best Buy