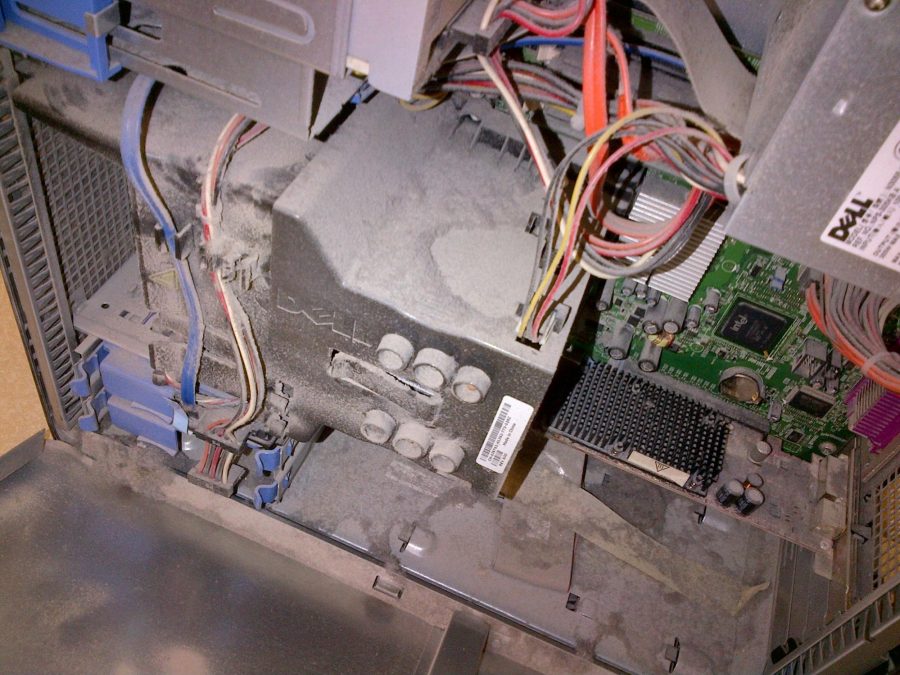 Have you ever had something professionally repaired, only to feel like an idiot when you saw how simple the actual repair was? I had that experience recently when we took my wife’s iPhone 8 Plus to the Genius Bar. The problem was that the volume out of the earpiece was too quiet, even at full volume. We had tried adjusting various settings to no avail.

I felt like a dummy when the Apple support guy pulled out a lens brush, stabbed and brushed some crud out of the top speaker (the one that looks like a line above the screen), and handed the phone back to my wife. Calls were once again crystal clear! What made me feel even dumber is that I bought her the iPhone 8 Plus to replace an iPhone 6s that had suffered from a similar problem (on the plus side, that iPhone is now a great iOS 13 test device).

So I decided to see if I could fix that old iPhone 6s with a little spring cleaning, which led to a series of cleanings that fixed some long-standing hardware issues.

Before we get started, there are a few tools you’ll want to find from around the house or purchase. They include:

If you lack a lens brush, lens blower, and microfiber cloths, you can buy a lens cleaning kit for under $10. 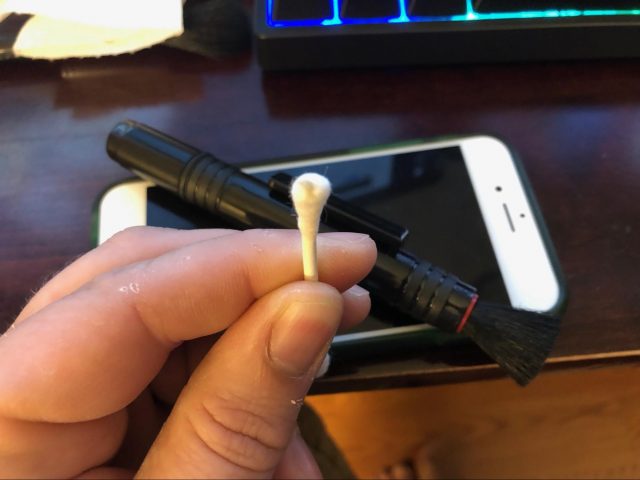 Thankfully, I happen to have a lens brush. If you don’t have one, they’re inexpensive and handy for electronics cleaning. In a pinch, you could use a soft-bristle toothbrush, but be very gentle with it.

I started by doing what I saw the Apple guy do: “stabbing” the ear speaker with the brush. That seemed to provide some improvement, but after several stabs and sweeps, it still wasn’t nearly as loud on a test call as I had hoped.

Next, I pulled out a cotton swab and used it to scrub the speaker. That resulted in black lines on the swab, which, along with some modest volume improvement, told me I was on the right track. I decided to pull out the big guns and add a little alcohol to the swab.

You always need to be careful when mixing liquids and electronics, even with rubbing alcohol, since it can be up to 30% water. The goal is to have the swab damp enough to clean, but not so wet that it could drip into whatever you’re cleaning. I dip the swab in the alcohol and then squeeze it out into a paper towel, leaving the swab just barely damp with alcohol.

Scrubbing with the damp cotton swab produced big black streaks on the swab. After that, I stabbed the speaker a bit more with the brush and finished by blowing the speaker out with a camera lens blower. Don’t use compressed air here, since it can leave moisture behind and damage delicate parts with its high pressure. That combination of techniques worked—the speaker once again put out full volume.

Ever since installing macOS 10.14 Mojave on my 27-inch iMac with Retina display, it had been suffering slowdowns and beachballs. I wondered if CPU temperatures had something to do with it. I installed iStat Menus, a great utility that’s included with MacPaw’s Setapp subscription service, and was alarmed to see idle CPU core temperatures between 90º and 100º C. I haven’t been checking to see what “normal” temperatures are in this iMac, but that seemed too high for idle. (Adam Engst’s identical iMac seems to idle around 70º C and may need some cleaning too.)

Over time, as fans and heatsinks accumulate dust, they don’t remove heat as well as when they were clean—the dust acts as an insulator. That heat buildup makes the CPU less stable and prone to damage, so the CPU will throttle itself in an attempt to bring the temperature down. In other words, something as simple and commonplace as dust can make your Mac slower and less stable.

In a traditional tower design like the old Mac Pro and Power Mac models, cleaning is easy: open it up and blow out the dust. In a sealed-up iMac, that isn’t so easy. Sure, you could take it apart and clean it out, and some techno-masochists do that, but I wouldn’t recommend going that far unless there was something seriously wrong, because it’s far from simple and you could easily cause new problems.

The standard advice here is to use compressed air to blow out the vents, but that’s a terrible idea since doing so doesn’t remove the dust but instead spreads it around the inside of the iMac. For a better approach, employ a vacuum cleaner.

I know what some of you are thinking: vacuum cleaners can produce a lot of static electricity, which can be dangerous for sensitive computer components. However, vacuuming should be safe as long as the case is on and you’re not touching bare circuit boards.

The iMac has two sets of vents. The first set, a series of slots along the bottom of the display, sucks in room-temperature air. The second set on the back of the display, just behind where the stand connects to the display, expels warm air. You might notice some dust inside those vents if you look closely.

Here’s how to clean those vents:

Once I did that, iStat Menus reported CPU temperatures between 50º and 80º C during a normal workday.

If you have iStat Menus, here’s one last thing you can do after vacuuming to get even more dust out. Click the iStat Menus temperature in the menu bar, choose Fans, and click High. That runs the fans on their highest setting, which will help expel more dust. Let that run for a few minutes, and then you can set it back to System Controlled.

AirPods are amazing. They’re also disgusting. In your pocket, they’re little dirt magnets, and in your ears, the speaker openings seem to double as wax scrapers. I had begun to have trouble charging my AirPods and getting them to connect after being removed from the case, but after a good cleaning, those problems went away.

First, you’ll want to clean the case. A microfiber cloth is fine for the outside and much of the inside. Use a wooden toothpick to scrape gunk out of crevices and a cotton swab for larger crevices, like where the AirPods fit into the lid. 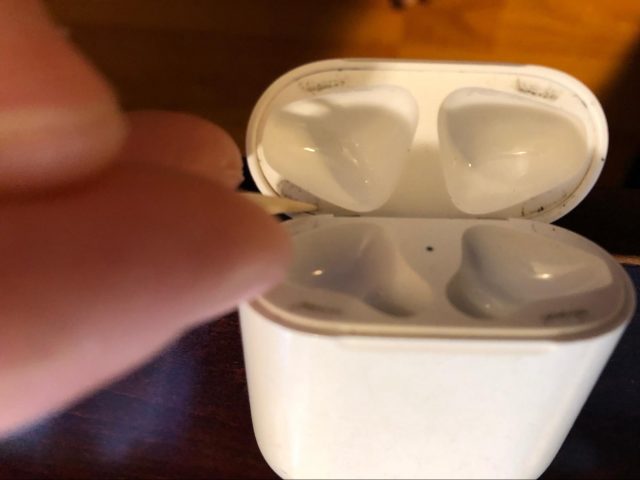 Pay special attention to the holes the AirPods fit in, since the charging connectors are at the bottom. I like to spray compressed air into those holes and then run a cotton swab down there to pick up any remaining debris.

Finally, there are the AirPods themselves. Start by wiping them all over with a microfiber cloth, especially the metal charging connectors on the bottom. Now here’s the crucial part: take your toothpick and scrape carefully around the edges of the speaker grills. Each AirPod has three sets, two on the inside and one on the outside, and they will almost certainly be caked with earwax and other gunk. Also, note the tiny microphone hole below the outside speaker grille. You can insert the tip of your toothpick into that to clear out any gunk. I also used a lens blower to blow the hole out.

Once that ugly business is done, use a lens brush to clear any debris from the speaker grilles and finish off with a lens blower to blow away debris that remains.

Other Problems You Can Fix with Cleaning

In addition to these problems above, there are a few others that you can often resolve with a little cleaning:

How do you keep your Apple devices clean and performing their best? Have you had any great cleaning success stories? Let us know in the comments.