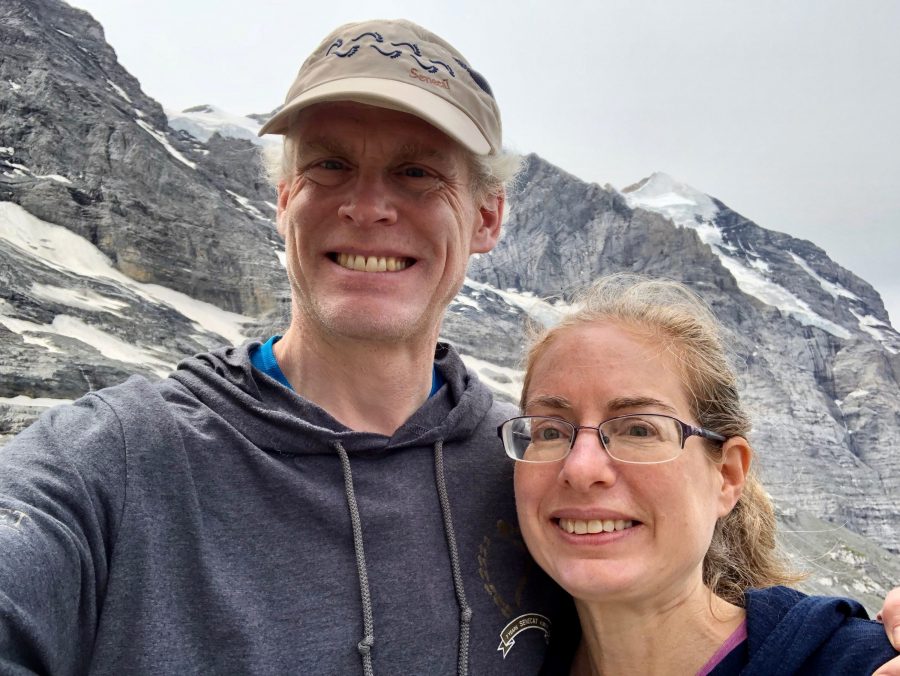 Tonya and I just got back from a 2-week vacation in Switzerland, our first significant trip together in 20 years that didn’t involve family or business, although we did have the pleasure of staying with one of our TidBITS Angel supporters for a few nights. The trip was huge fun, complete with a Diamond League track meet in Lausanne, oodles of Picassos in Lucerne, hiking the Eiger Trail, via ferrata (also known as Klettersteig in German-speaking countries) at Mürren and Molésan and paragliding for me, and lots of cheese and chocolate.

Apart from using this article as an excuse to share a few vacation photos, I’m writing to tell you about a useful and economical way I found to get cellular data while traveling in Europe this summer: the Orange Holiday Europe SIM.

Last year, when we went to London with Tristan for a friend’s wedding, Giffgaff worked well (see “UK Travel Tips: Giffgaff for Cellular and Apple Pay for Transit,” 15 June 2018). But Giffgaff is designed for the UK and had deleted our accounts for inactivity anyway, so before this trip, I looked for alternatives that would work in Switzerland. One site recommended SimCorner’s Europe & UK SIM Card, which cost €25 for 12 GB of 4G data and allowed tethering. Unfortunately, it required up to 12 business days to ship from Australia. It might have arrived in time, but I didn’t want to risk it.

The prepaid options from Swiss providers Salt and Swisscom were too difficult to figure out from abroad, and I prefer to know that I’ll have connectivity as soon as I land, without having to find a store in the airport. A few searches later, I stumbled on a pair of options available through Amazon: the Orange Holiday Europe SIM from the French cell company Orange and the PrePaid Europe SIM from UK cellular provider Three, both about $22.

Although the Three SIM provided 12 GB of data and many more phone minutes and SMS texts, I opted for the Orange SIM, since it used 4G networks instead of 3G and allowed tethering so we’d be able to use iOS’s Personal Hotspot feature with our iPads. By default, the Orange SIM comes with 3 GB of data, but if you activate it before 22 August 2019, that jumps to 8 GB. 4G was available in many spots in Switzerland, but we also saw plenty of 3G and even Edge, along with a few spots of No Service. 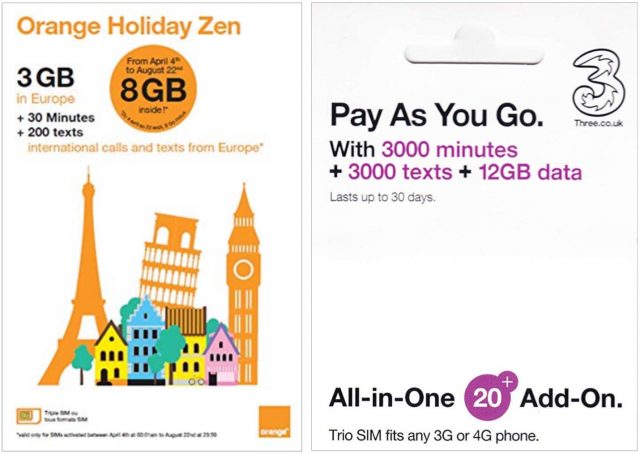 The extra 5 GB of data turned out to be unnecessary since I consumed only 2.12 GB, even with constant mapping with Google Maps and Apple’s Maps, along with everything else I wanted to do. The only limitation I imposed on my usage was entering Low Power Mode at the start of every day to conserve power, which also reduces background network traffic like iCloud Photos syncing.

Tonya went through just 0.75 GB of data, largely because the battery life on her iPhone 6s was terrible despite having had its battery replaced last year and having a Battery Health Maximum Capacity Rating of 88%. Battery life is seldom a problem for her at home, but perhaps the need to hunt for cell signal caused her iPhone to drain more quickly while we were in Switzerland. We brought an external TYLT battery (older than what the company sells now), but she was still leery of running out of power when the iPhones were so essential for navigating the Swiss public transit system and getting walking directions.

Overall, the Orange SIMs just worked, and for only $44 for the two of us, they were a steal compared to AT&T’s international plans. The AT&T International Day Pass plan charges $10 per phone per day, so it would have cost us $280 for the 14-day trip. The AT&T Passport plan is cheaper at $60 for 1 GB or $120 for 3 GB (for a month), but it still would have totaled $180 combined.

So if you’re planning to travel to Europe this summer and are looking for connectivity (which I consider absolutely essential in today’s world—the trip would have been vastly more stressful without mapping apps), consider the Orange Holiday Europe SIM.

I do have a few notes and recommendations:

I hope the Orange Holiday Europe SIM works out for you, and that you have as enjoyable a vacation as we did! And if you come up with another solution to the international connectivity conundrum, please share it in the comments.

Comments About Orange Holiday Europe: A Cheap 4G SIM for Your European Vacation