Apple has quietly launched the beta of a Web app for Apple Music, allowing Apple Music subscribers to access all their Apple Music content using a modern Web browser. Just about every feature you’d expect is there, except for the capability to upload music, smart playlists, some music videos, recently played custom radio stations, and curiously, Beats One radio.

Apple has provided native Apple Music clients for a variety of platforms:

However, Linux and ChromeOS users have been locked out, so this is good news for those folks. Current Mac users who dislike iTunes may also appreciate the Apple Music Web client. More generally, the release may point to Apple’s plans for Windows in a post-iTunes world.

To test out just how cross-platform the Web version of Apple Music is, I loaded it in Firefox on a Lenovo ThinkPad running Ubuntu Linux. Other than an error about being unable to find media keys, it worked as I expected, letting me browse my library, search the Apple Music catalog, and play songs. 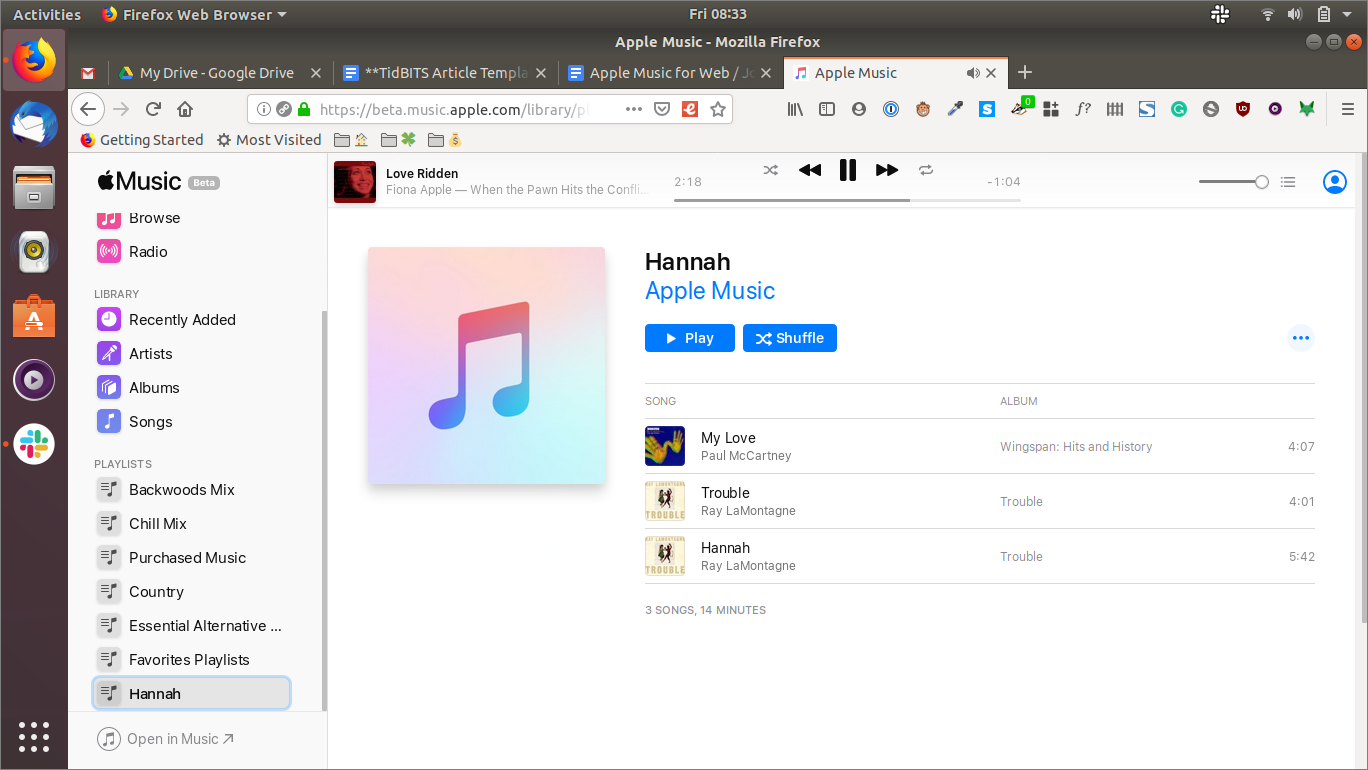 The Apple Music Web app mimics the interface of the Music app in Catalina. It provides access to your Apple Music library and playlists, along with Apple content, including editor-curated playlists and algorithmically generated playlists like New Music Mix and My Chill Mix. Even Up Next is there. 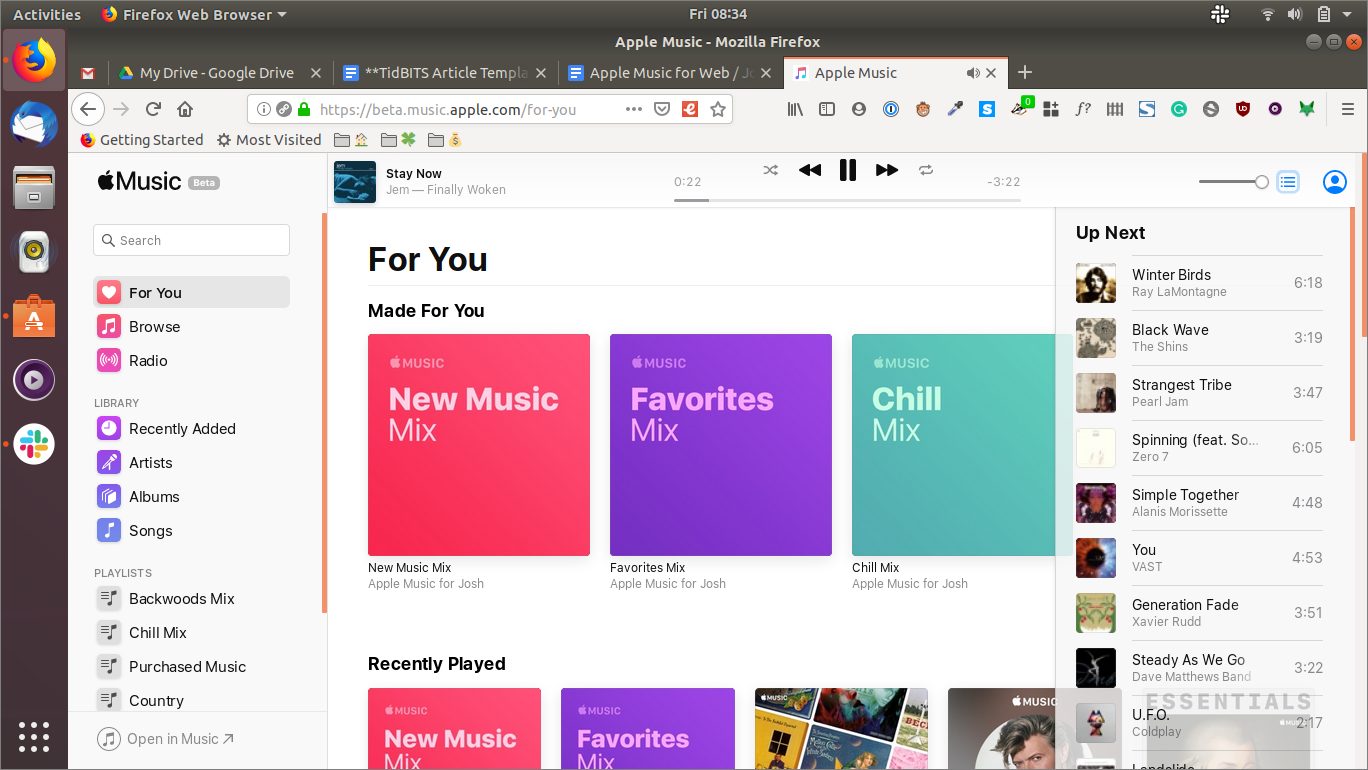 Of course, it wouldn’t be a modern Apple media app without a plethora of “click me for something or other” ellipsis buttons (see “Less… Is More? Apple’s Inconsistent Ellipsis Icons Inspire User Confusion,” 30 August 2019).

If you use the Apple Music Web app on a Mac, you get a few extra niceties, like Dark Mode support (which even works in Firefox), and media key support (at least in Safari). 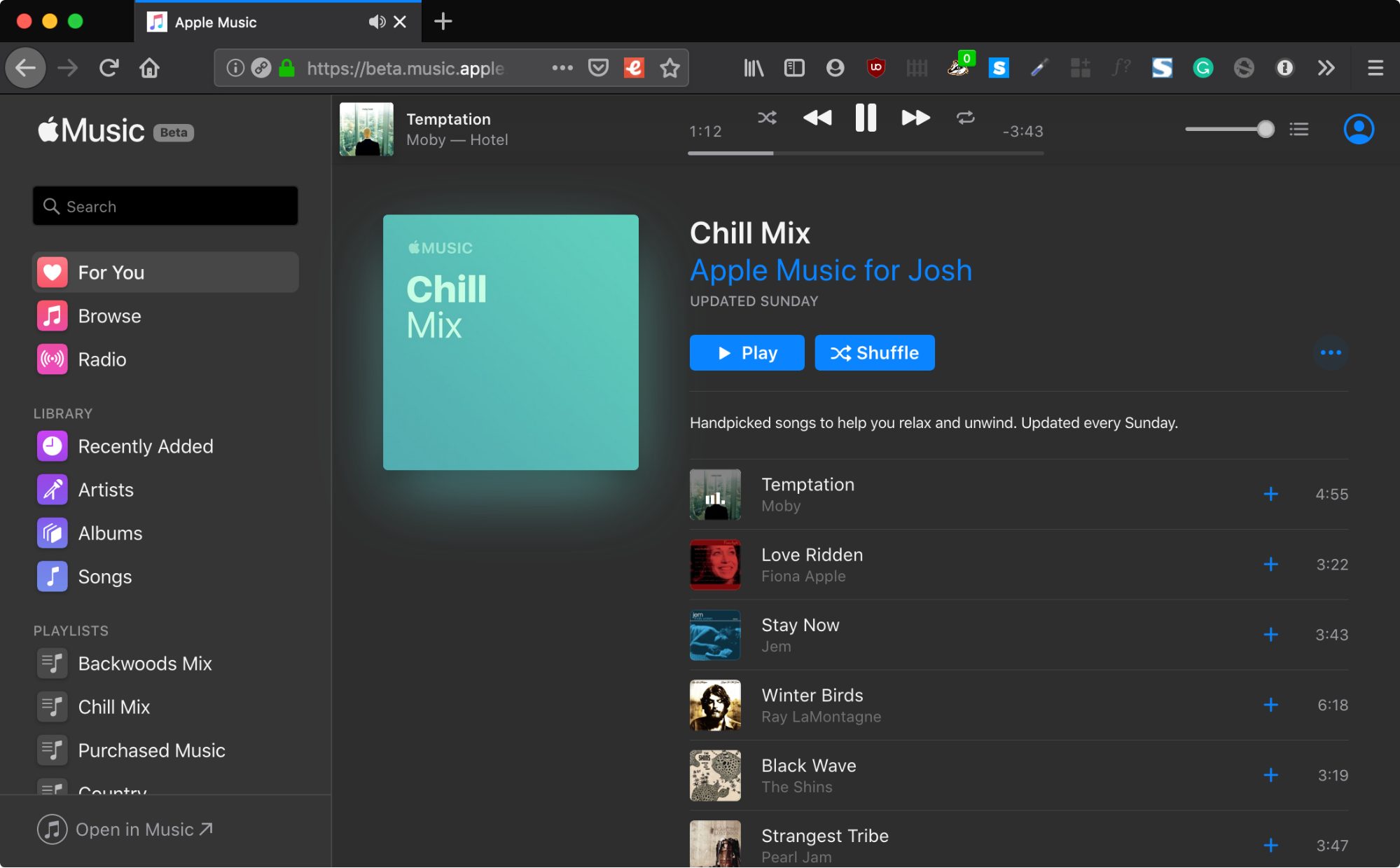 The Apple Music Web app also reportedly works in Android, though I don’t have an Android device to test with. Trying to load it on an iOS device opens the Music app instead.

Given how Apple continues to pivot its business toward services, we may also see Web versions of the News and TV apps that would expand the audiences for Apple News+ and the upcoming Apple TV+.

Will you be using Apple Music on the Web? Would you like to see more Web apps from Apple? Let us know in the comments.

Comments About Apple Launches Beta of Apple Music for the Web