Apple has three new iPhones for its 2019 lineup: the iPhone 11, iPhone 11 Pro, and iPhone 11 Pro Max. All three became available for pre-order on 13 September 2019 at 5 AM PDT (note the different time than in years past!) and will arrive in stores and in customers’ hands starting on 20 September 2019.

All three models sport additional cameras over their 2018 counterparts and promise significantly enhanced options for photos and videos. In fact, Apple attributed the “Pro” part of the iPhone 11 Pro name to the capabilities made possible by those phones’ triple-camera approach. (“Max” still means “larger than fits the average pocket.”)

Notably missing from all three models is 3D Touch, which has been replaced by Haptic Touch. It offers 3D Touch’s haptic feedback but doesn’t let you press in on the screen to access more options. iOS 13 has largely made 3D Touch irrelevant anyway, given that you can now tap and hold on items to get the contextual options that were previously exclusive to 3D Touch.

Despite wishes on the part of some people that Apple would switch from Lightning to USB-C, this year’s iPhones still have Lightning ports. However, the included USB cable is now a Lightning-to-USB-C cable instead of Lightning-to-USB-A.

Let’s take a look at the details of each new phone.

If you hate the notch first introduced with the iPhone X, we’re sorry to disappoint, but it’s still present in the iPhone 11, aimed at the everyday iPhone user. But there are two things you will notice right away. There are new color options: purple, green, yellow, white, black, and Product(RED). The first three colors are more in the Easter egg pastel palette than previous iPhone colors. You’ll also notice a second camera on the back of the iPhone 11, a feature previously exclusive to the higher-end iPhones. 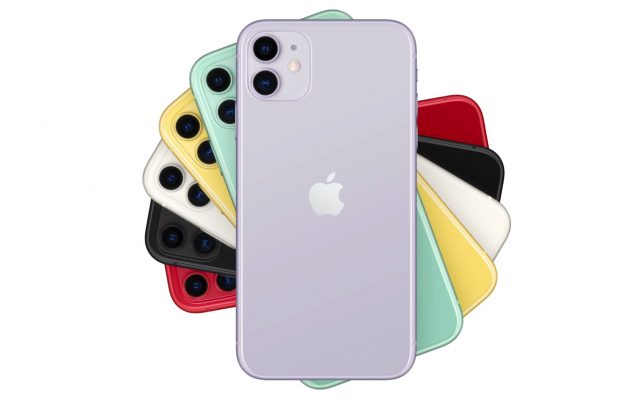 The iPhone 11 comes with a 6.1-inch Liquid Retina LCD display, with 1792‑by‑828‑pixel resolution at 326 ppi, 1400:1 contrast ratio, and 625 nits of brightness. That’s the same as last year’s iPhone XR. Also identical to the iPhone XR are the iPhone 11’s dimensions, so if you were hoping for something more likely to fit in your pocket, sorry.

Here’s a summary of what’s new with the iPhone 11:

Here’s what you’ll pay for each storage tier of the iPhone 11:

What makes the iPhone 11 Pro a pro device? For one, it sports a stainless steel case instead of aluminum and a different set of more conservative color options: gold, midnight green, silver, and space gray. 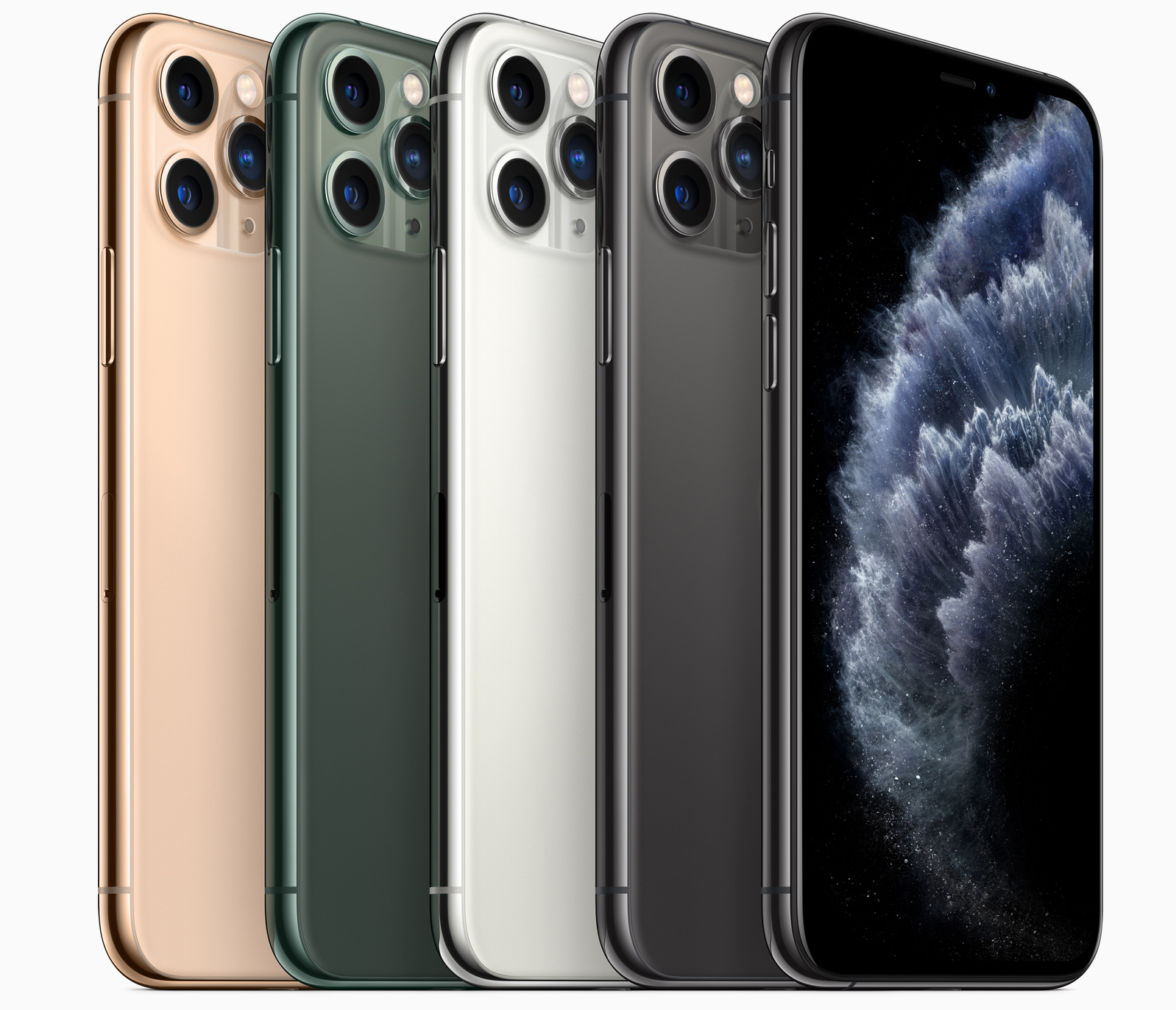 But the real reason for the “Pro” moniker is the third camera on the back of the iPhone 11 Pro, which allows for a Telephoto mode in addition to the Wide, Ultra Wide, and Night modes offered by the iPhone 11. Apple showed off some impressive photography and videography made possible by the new cameras, and we’re looking forward to independent reviews once the iPhone Pro becomes available. 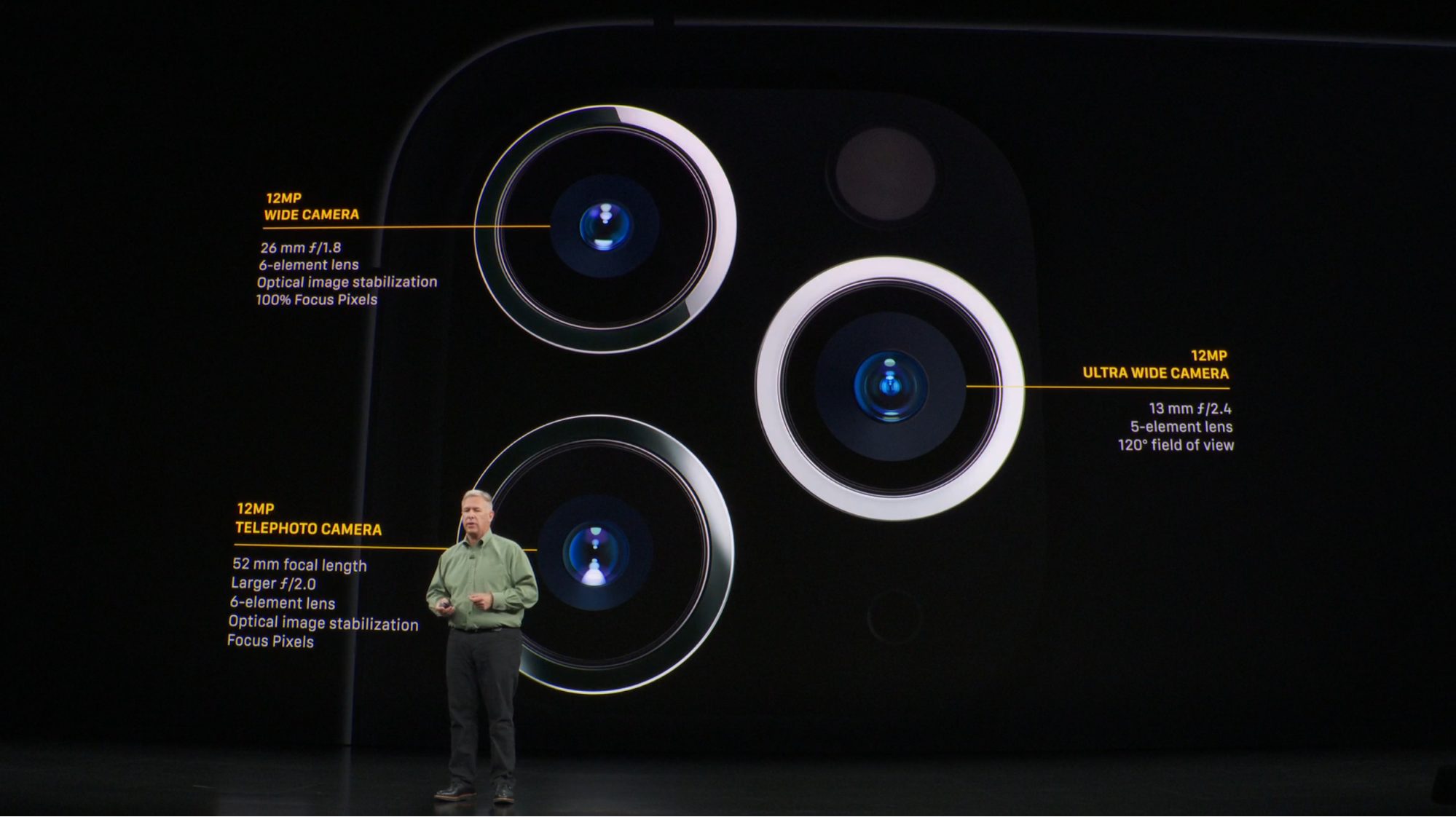 Along with the camera improvements, the iPhone 11 Pro offers a fancy display to match: the OLED-powered Super Retina XDR display, which Apple is marketing as being a miniature version of the company’s upcoming $5000 Mac Pro display. The iPhone 11 Pro offers a 5.8-inch screen with 2436-by-1125-pixel resolution at 458 pixels per inch while the iPhone 11 Pro Max features a 6.5-inch display with 2688-by-1242-pixel resolution at 458 ppi. Both screens put out up to 1200 nits of brightness with a 2,000,000:1 contrast ratio.

Perhaps the most impressive camera feature Apple demonstrated was an upcoming version of FiLMiC Pro that allows recording 4K video at 60 frames per second from multiple iPhone 11 Pro cameras at the same time. If you plan to do that, we’re guessing that you’ll want to spring for the 512 GB model. 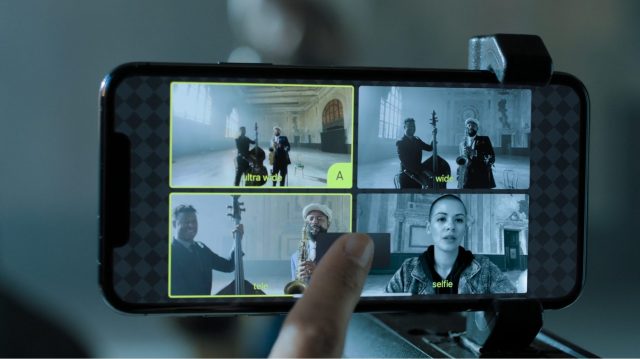 Here’s the pricing for the iPhone 11 Pro:

Which iPhone to Choose?

If you’re looking to buy a new iPhone this year, you have a pretty simple choice. Most people will be more than happy with the iPhone 11, which comes at a reasonable price and has most of the iPhone 11 Pro’s features. But if you’re a serious photographer or videographer, the iPhone 11 Pro is a no-brainer—it truly earns its “Pro” name. And if your pockets are deep enough (both financially and physically), the iPhone 11 Pro Max provides the same level of photographic power with a notably larger screen.

If the new features don’t excite you, or your budget cringes at the cost, the iPhone 8 and iPhone XR remain for sale, starting at $449 and $599, respectively.