At its September 10th event, Apple put an end to speculation about how much its new streaming media services, Apple Arcade and Apple TV+, would cost and when they would become available. Here’s the scoop.

Apple Arcade is the company’s game subscription service, and it debuts on 19 September 2019 in 150 countries for $4.99 per month (although it’s actually live on devices running the iOS 13 betas right now). For that, you get access to more than a hundred games that you can download from the App Store—look for the new Arcade tab—and play, either online or not as you choose. Apple Arcade games are designed to be shared among your Apple devices, so you can pick up your epic Frogger journey on your MacBook where you left off on your iPad. 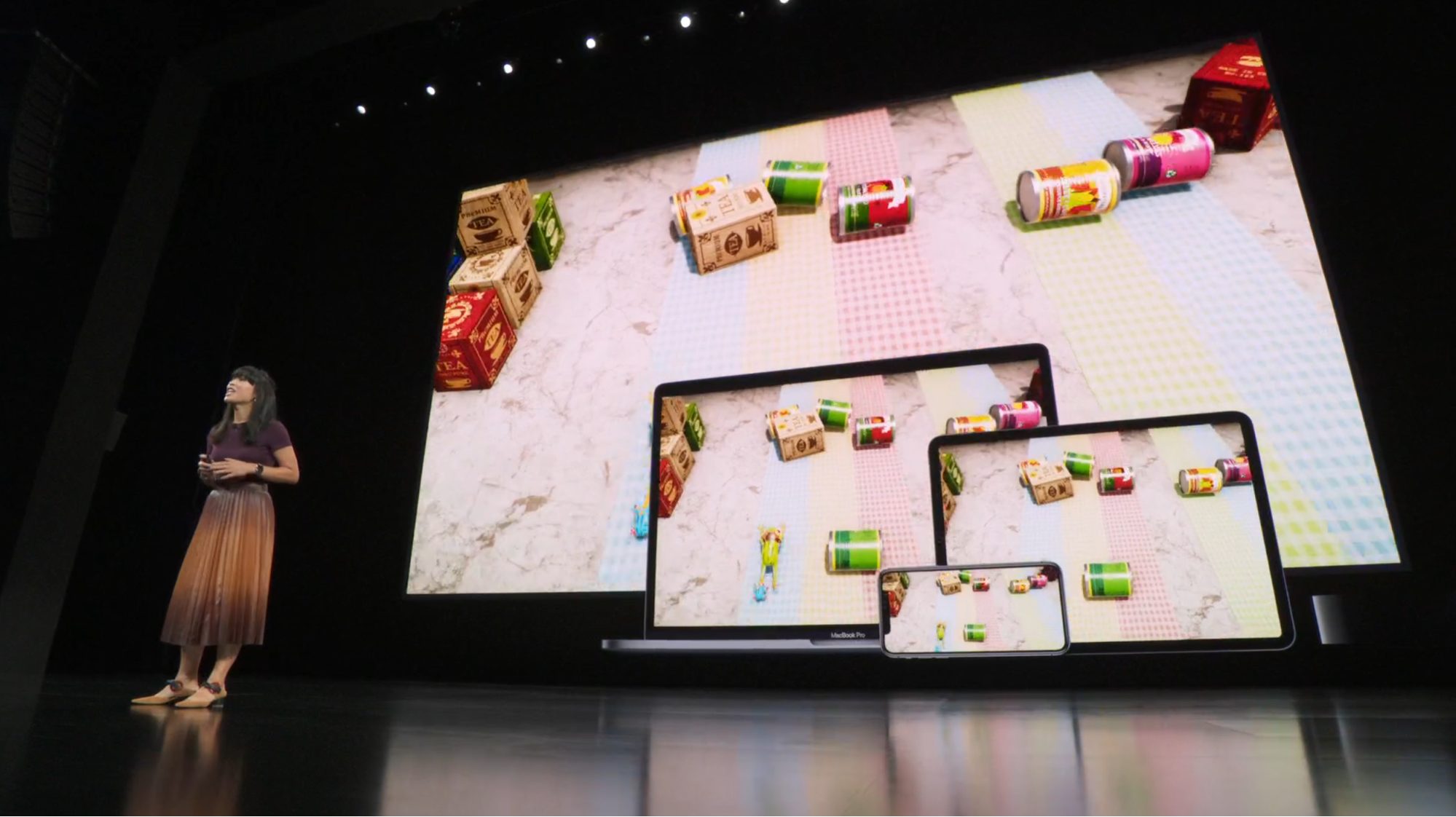 The games are also designed to be shared among your family: up to five family members can share one subscription. And if some of those family members have, um, impulse control problems regarding the playing of games, all the games available from Apple Arcade can be monitored and limited by Screen Time.

A 30-day free trial of the service is available to those wondering whether a subscription game service is for them and is in no way intended to resemble the archetypical drug peddler’s famous come-on “The first one’s free.”

It’s notable that Apple is making Apple Arcade available in 150 countries from day one, something that licensing restrictions often prevent. But since all the content has been developed for Apple, most pesky licensing issues go away.

Our initial reaction is that $4.99 per month is a good price point for Apple Arcade, since it’s low enough that you don’t need to be a hardcore gamer to give it a try, and having lots of games available will help make it feel worthwhile. Much as it was amusing to see Apple demo an update to the 1981 game Frogger, we don’t expect Apple Arcade to be a big hit among TidBITS readers, many of whom stopped finding games interesting decades ago.

Much virtual ink has been spilled over how much Apple would charge for its new Apple TV+ video service in light of recent announcements by competitors about their forthcoming streaming services (see “Disney Will Bundle Disney+, Hulu, and ESPN+ for $12.99 Per Month,” 8 August 2019). Now all can be revealed: Apple’s service debuts on 1 November 2019 and will cost, like Apple Arcade, $4.99 per month. 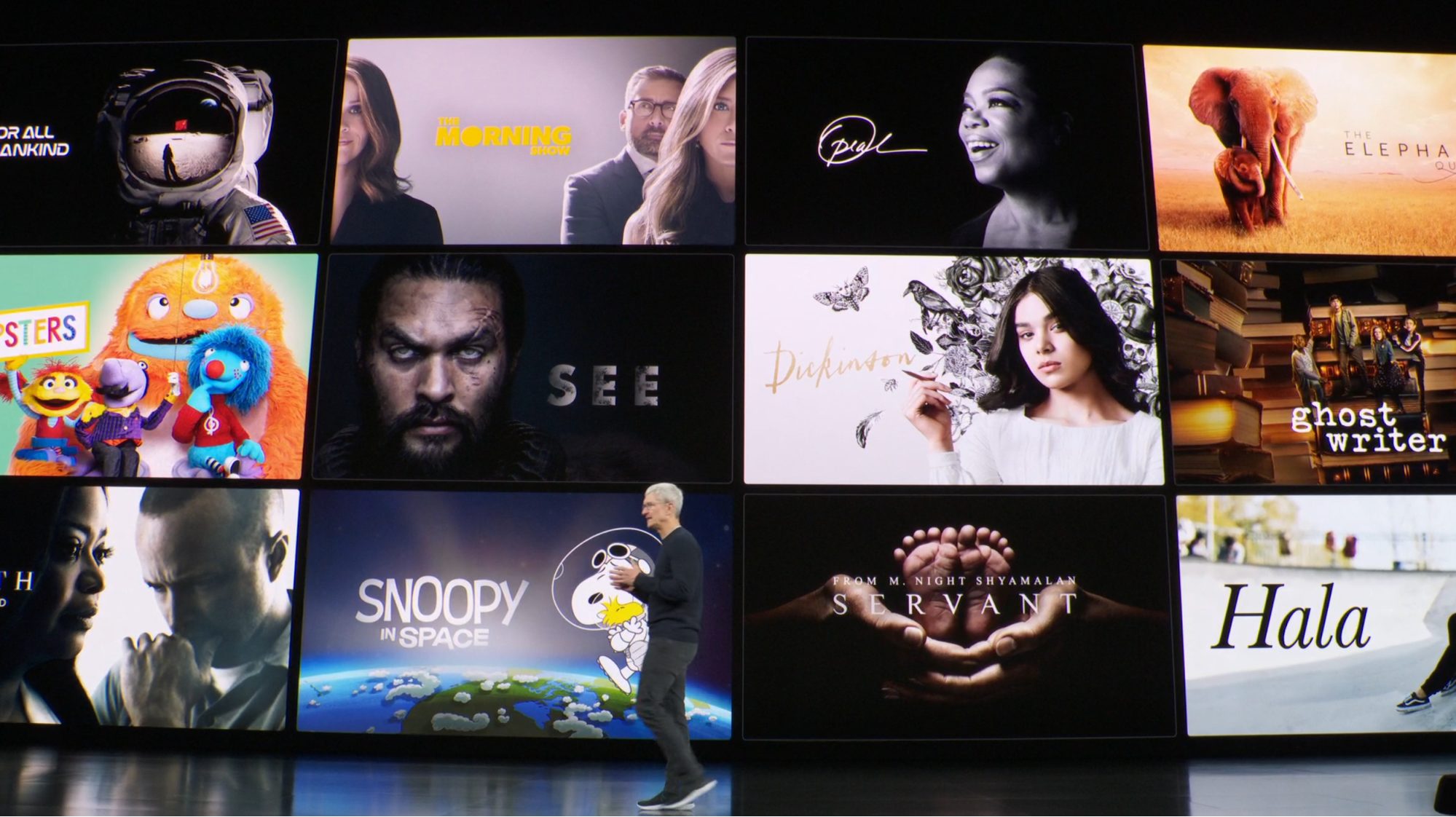 Unlike most services that rely upon an extensive library of shows, Apple will provide only new, original programming produced specifically for the service, including both series and standalone features. Apple TV+ will be available in over 100 countries at its start—again, there are fewer pesky licensing issues with Apple-commissioned content—and you can watch the shows in the TV app on the Apple TV, iPhone, iPad, Mac, and even iPod touch. We expect iOS 13, macOS 10.15 Catalina, and tvOS 13 will be required.

But an Apple device won’t be required: the Apple TV app on some newer Samsung smart TVs will also be able to play Apple TV+ content, and more third-party devices from Amazon, Roku, and Sony are expected to offer the app and, hence, the service, in the near future. Even if all you have is a Windows laptop, no worries: you’ll also be able to stream Apple TV+ in your Web browser from tv.apple.com.

If you want to sample the shows before subscribing, Apple says it will offer a 7-day free trial. If you also need new Apple gear, you can get a year’s subscription for free with the purchase of any Mac, iPad, iPhone, iPod touch, or Apple TV. As many as six family members can share a single subscription, so you can buy your kid a new MacBook Air for college and enjoy a free year’s entertainment.

As with Apple Arcade, the $4.99 price point feels reasonable, since Apple won’t have that much available to watch in comparison with Netflix, Amazon Prime, and Disney+. Much higher and people would see Apple TV+ as too expensive to add to other streaming subscriptions. The 1-year free bundle with the purchase of any new Apple hardware is also smart since it will help encourage Apple customers to give Apple TV+ a try and perhaps subscribe after the year is over.

Apple is betting a significant portion of its future earnings on subscription services. It’s a complex market, and Apple must thread the needle very carefully to sew up profits in such a highly competitive and unpredictable environment.

At first glance, the pricing and content mix seem right for Apple’s foray into the entertainment industry, but the only thing certain about show business is its uncertainty, so to find out how this story ends we’re just going to have to keep watching.