Bye, bye, butterfly. The much-rumored and anticipated 16-inch MacBook Pro is here at last, with a redesigned keyboard. It replaces the previous 15-inch model, starts at $2399, is available to order now in silver or space gray.

Let’s look at the details.

Most notably, the 16-inch MacBook Pro dumps the troublesome butterfly keyboard switches that have plagued users for years. The new Magic Keyboard features old-fashioned scissor switches like those found in pre-2016 MacBook Pro laptops. The scissor switches have 1mm of travel, twice as much as the butterfly switches, meaning it will feel less like you’re typing on a flat piece of glass. They’re also reportedly much quieter. 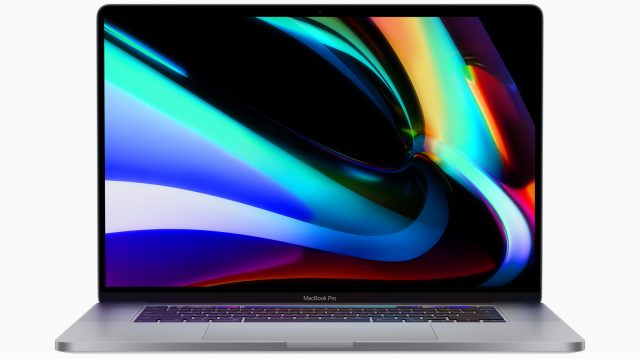 But wait, there’s more! The Escape key is back, living alongside the Touch Bar with its Touch ID sensor—alas, there’s still no Face ID on the Mac. Also back are inverted-T arrow keys. 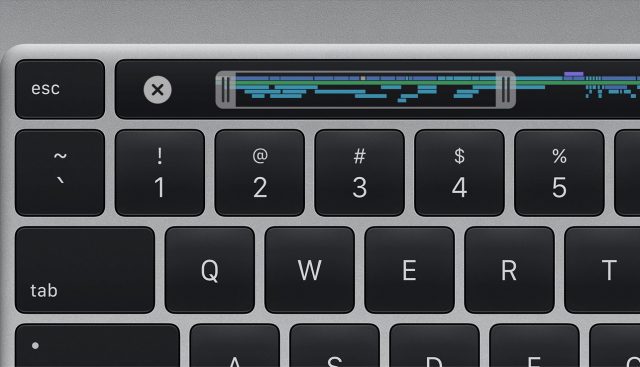 Apple gave early access to a few select Apple pundits. Developer and podcaster Marco Arment, who had been one of the most vocal critics of the butterfly keyboards, had this to say:

I absolutely love it—not because it’s the most amazing keyboard in the world, but because it’s completely forgettable in the best possible way. It just feels normal again.

Of course, it’s possible that flaws with this keyboard design will emerge over time, as they did with the butterfly keyboards, but the initial response is promising.

Long-term resilience is the first question about the new scissor-switch keyboard. The second question, should the new keyboard prove to be as sturdy as hoped, is if or when Apple will replace the butterfly keyboard in upcoming 13-inch MacBook Pro and MacBook Air models.

If you were hoping for the return of legacy ports like USB-A, Ethernet, or an SD card reader, you’re out of luck. Expect the same connectivity MacBook Pro models have had for years: four Thunderbolt 3 ports and a headphone jack. In other words, your dongles are breathing a sigh of relief because they like riding around in your laptop bag.

Also on board are the entirely expected 802.11ac Wi-Fi and Bluetooth 5.0 wireless connectivity.

The new MacBook Pro’s 16-inch IPS panel features a 3072-by-1920 native resolution at 226 pixels per inch, with 500 nits of brightness, a refresh rate of up to 60 Hz, P3 color, and True Tone technology. In short, other than some more pixels, it’s not a significant leap over recent 15-inch MacBook Pro models, which had a native resolution of 2880-by-1800.

However, in the real world, you’ll likely run the 16-inch MacBook Pro at one of the supported scaled resolutions, the largest of which is 1920-by-1200, precisely the same as the previous 15-inch models. So those scaled pixels will be a bit larger, but you won’t get more content on screen.

One of the surprises (and probably another reason for the slightly increased size and weight) in the new 16-inch MacBook Pro is significantly improved audio quality. It has a six-speaker sound system with dual force-canceling woofers for less rattle and buzz when the bass is booming, and it supports Dolby Atmos. Daring Fireball’s John Gruber raved about the new speakers:

It’s not simply about being louder, although they are louder at maximum volume. They just sound impossibly better. They don’t merely sound like good laptop speakers — they sound like good dedicated portable speakers, period. In a small room, you can credibly use the 16-inch MacBook Pro to play music as though it’s an entertainment speaker system. And at maximum volume they really are a lot louder — without the sort of distortion we’ve all come to expect from laptop speakers at high volume.

Would I recommend the new built-in MacBook Pro microphone for recording a podcast? No. But would I be willing to use it for my own show in a pinch? Yes. And it should be a great improvement to audio for teleconferencing and FaceTime.

And while Ritchie echoed Gruber’s comments, he recorded his 24-hour review of the 2016 MacBook Pro with the built-in microphones.

Author and podcaster Jason Snell said in his review:

As someone who has had to salvage many a podcast recorded by someone who either didn’t realize they were using their laptop microphone or didn’t have any other alternative, I thank Apple for improving the base situation. I hope this microphone ends up in every Apple laptop.

Unfortunately, while the microphones might be professional-quality, the built-in 720p FaceTime HD camera is not. The iPad Pro, which has a 1080p HD-capable TrueDepth camera, is snickering quietly at its Mac cousin.

The first price is for the $2399 model, the second price for the $2799 model. This is the first time 8 TB of SSD storage has been available in a laptop.

Overall, as much as it’s a little surprising to see Apple continue to focus on Touch ID on the Mac rather than moving to Face ID, this new 16-inch MacBook Pro seems like a robust, powerful machine and a solid update to the previous 15-inch model. In particular, it’s good to see the company (finally!) listening to user feedback about the horrible butterfly keyboard.

For many people, however, the 16-inch MacBook Pro will be too big, too heavy, and too expensive, so we hope to see Apple bring the new scissor-switch keyboard to the smaller, lighter, and cheaper 13-inch MacBook Pro and MacBook Air as well.

Will you be ordering one of the new MacBook Pros? If not, are you waiting for the kinks to be worked out, or is it just too big or expensive? Let us know in the comments.