MacRumors reports that, after Swiss telecom Salt bundled an Apple TV 4K with its TV packages, the company received so many customer complaints about the Apple TV remote that it designed its own. Developed with Apple’s support and approval, the Salt remote doesn’t require pairing, supports all standard Apple TV functions, and costs around $20. The Salt remote abandons the touchpad for directional buttons and has a thicker, more hand-friendly housing. 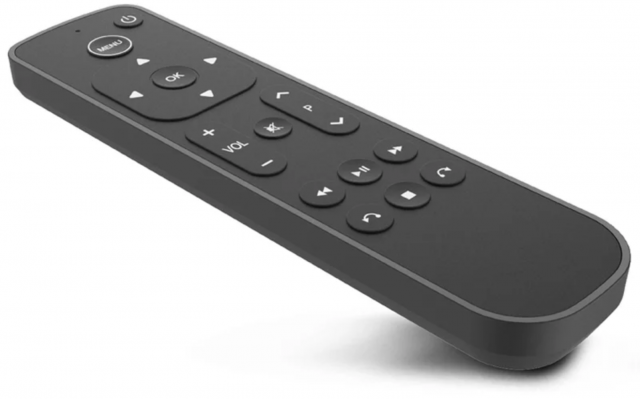 Unfortunately, you can buy these remotes only in person at a Salt Store in Switzerland. We hope Salt opens up international sales, or that Apple finally admits that the Siri Remote (as it’s known in the US and other countries that support Siri—it’s called the Apple TV Remote elsewhere) has some significant design flaws. In the meantime, enterprising Swiss could probably make a pretty penny—er, franc—reselling these on eBay.