Apple releases new iPhones every year. While that’s great for giving us access to Apple’s latest technology, it can also make us feel compelled to upgrade, even when our phones are still in good condition. The most sensible financial decision is always to keep your iPhone as long as possible, but if you want the latest and greatest, a buy-back program could help you save money on a new model.

Note that we’ve focused on iPhone buy-backs here, but all the companies covered below also take other Apple products: iPads, MacBooks, and so on.

You generally provide some information about your phone in a Web form, after which you receive a quote for it based on the model, its age, and its condition. After you send your phone in and the company verifies that it works and is in the condition you reported, you’ll either get the specified amount in cash or as a credit to put toward a new device.

Buy-back programs save you from the hassles of dealing with an auction site or a private seller. You never quite know what you’re getting into with an eBay or Craigslist listing, whereas buy-back programs usually explain their process in clear, concrete terms. Having that information helps you know what to expect. For example, some buy-back businesses may insist that you package the phone in a specific way or stipulate that your quote is valid only for a limited window of time.

Buy-Back Programs Worth Checking Out

When you have an iPhone to sell, you may find yourself overwhelmed with choices. In an effort to help you choose, I looked for programs that focus primarily on Apple users. Three stood out due to the transparency offered to phone owners seeking quotes, their familiarity with Apple products, and the amount of helpful, easily accessible information provided to potential or current customers. 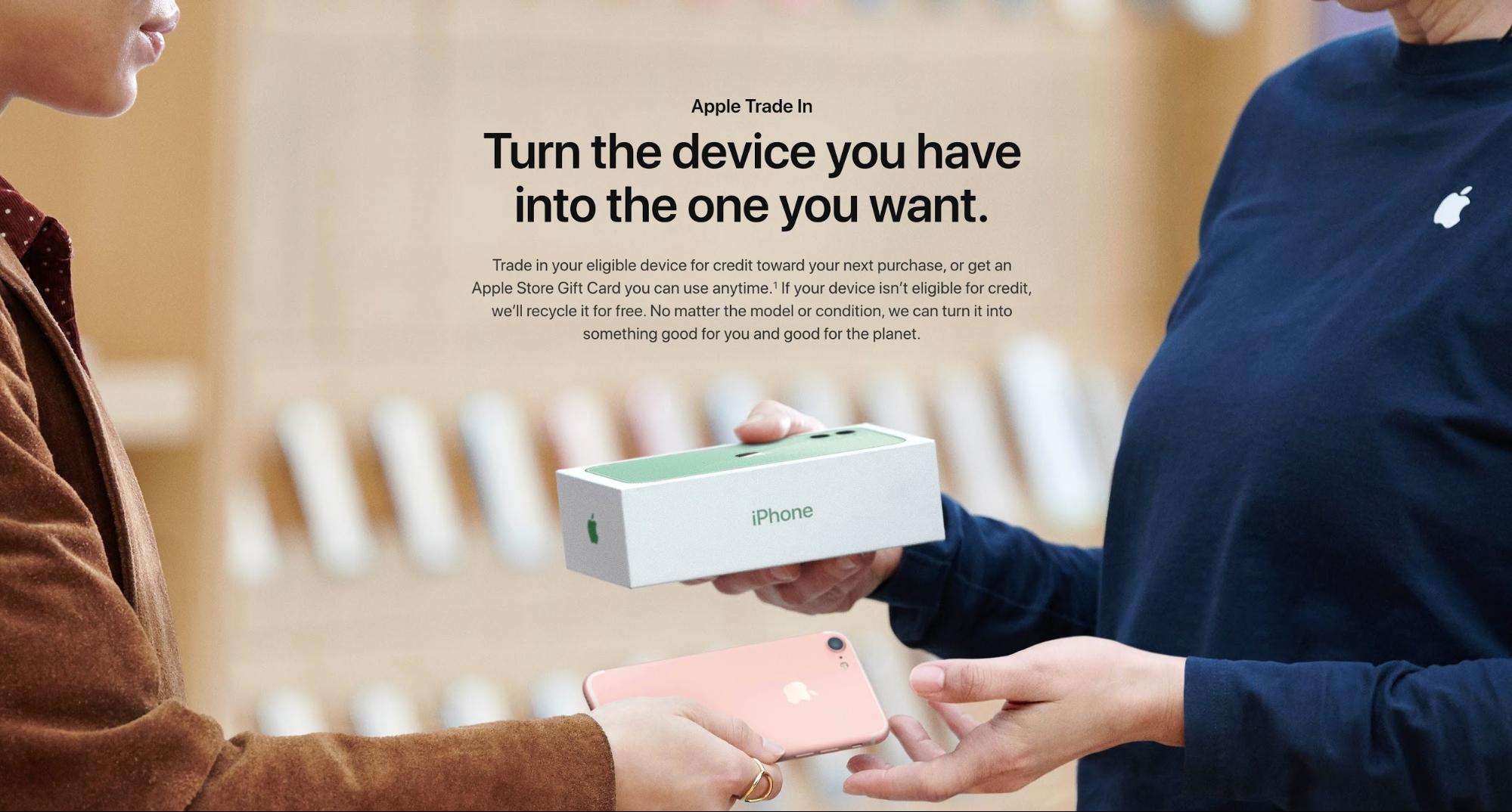 Perhaps the most obvious approach for trading in an old iPhone for a new one is the Apple Trade In program, which appears to be run through a third-party called Phobio. Those who opt for this approach can either make the trade-in at a nearby Apple Store or send the iPhone in the mail using a free trade-in kit.

Apple says that you can get from $100 to $600 in credit, depending on the iPhone model and its condition. Oddly, the main page of the Apple Trade-In Program site suggests that an iPhone 8 Plus might be worth up to $250, but running through its estimate for that model in good condition returns a credit of only $215. That’s still by far the highest of the companies covered here. Apple also says that some phones are not eligible for credit. In those cases, the company recycles them for free.

Note that if you sell an iPhone back to Apple, you’ll receive your payment in the form of a gift card or instant store credit. That’s obviously fine if you’re planning to buy a new iPhone or another Apple product, and probably accounts for why Apple can offer more than the other companies, but it could be limiting if you want to buy a phone elsewhere or just want cash.

Unlike some other sites, Apple shows you how to clear the data off your device before going through with the trade-in process, which is something you always want to do. 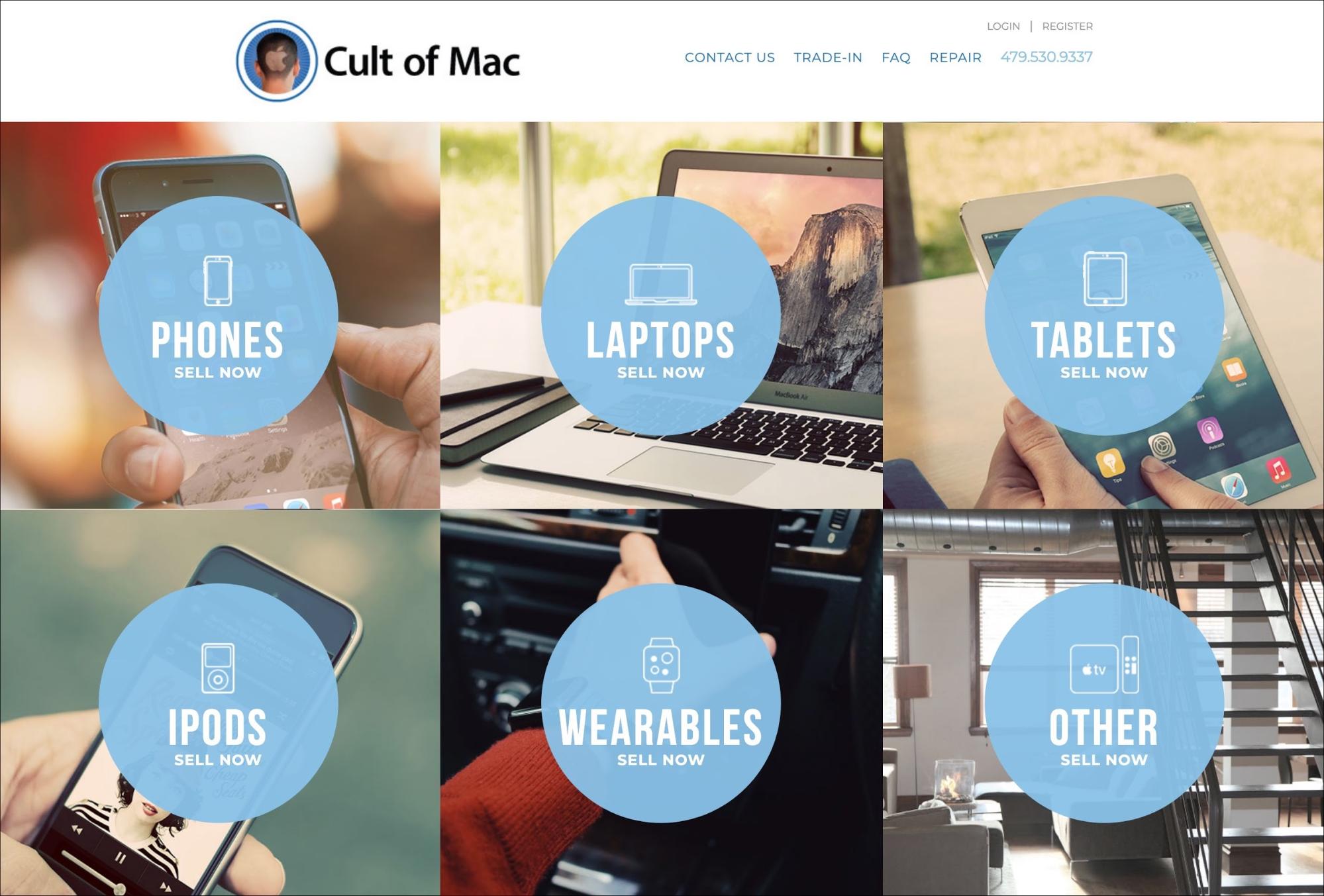 Many Apple users know Cult of Mac as a tech news site, but fewer think of it as a site that will buy back Apple gear. In 2015, however, the site launched the Cult of Mac Buy-Back Program, which claims to give people more money for their Apple products than other, less-specific sites like Gazelle. You don’t have to worry about Cult of Mac publisher Leander Kahney inspecting old iPhones himself; the program is white-labeled through MyPhones Unlimited, an Arkansas-based recycler.

Cult of Mac even accepts non-functioning iPhones, such as those with broken buttons or water damage. Its program pays for phones by check, and most people receive the payments within a week of mailing in their phones. If you use this program, you won’t need to pay for shipping—when you accept the quote, you’ll receive a box and a prepaid mailing label for sending in your phone.

Quotes remain valid for 2 weeks, so you’ll need to make sure you have the mailed-in phone postmarked by then. Otherwise, you’ll get a possibly different quote associated with the day you mailed the phone.

Cult of Mac’s program also shows how a phone’s condition changes the amount you’ll receive. For example, our example 64 GB iPhone 8 Plus in good condition could net you $120, but one that doesn’t work at all generates only a $10 check. 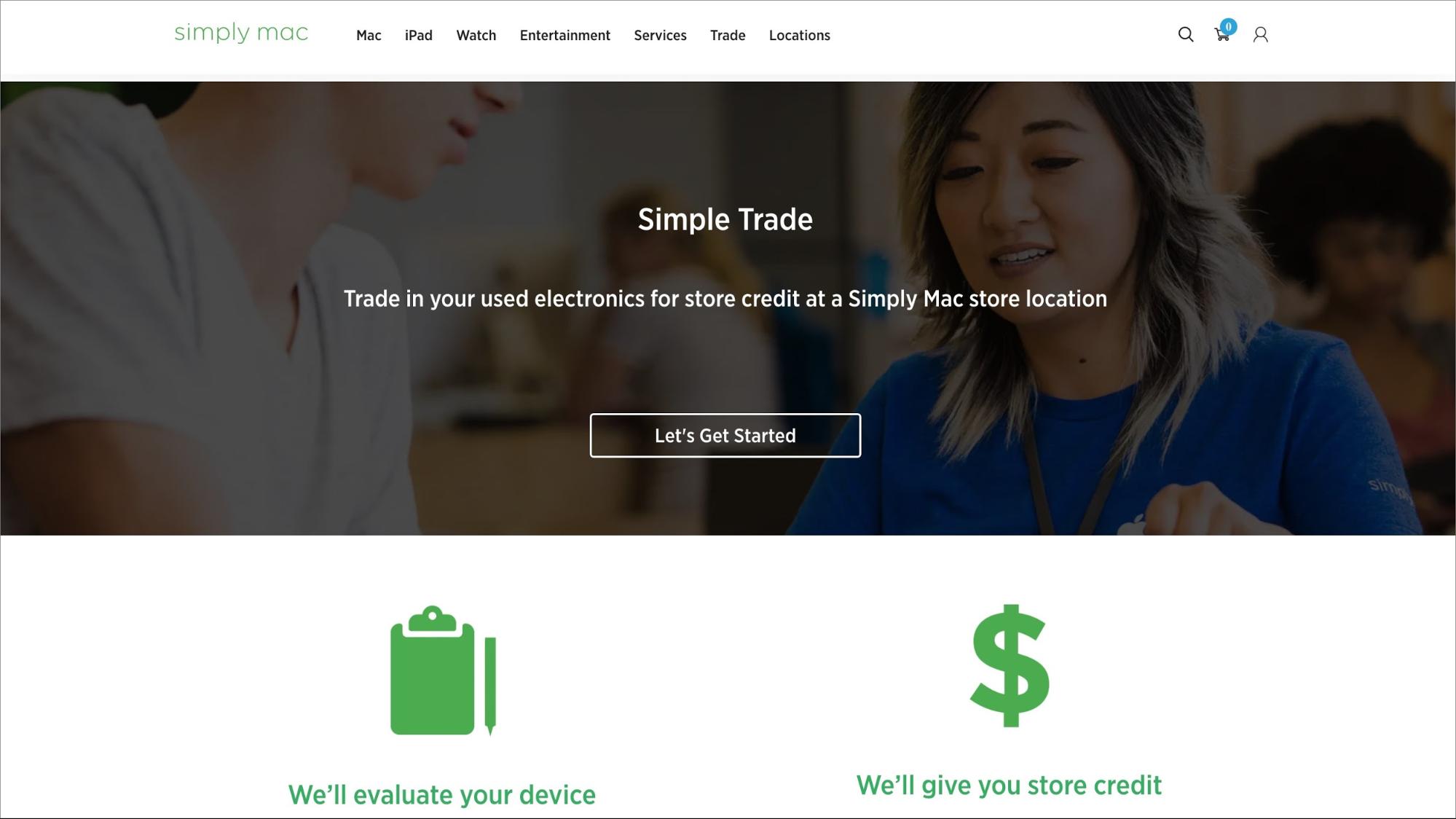 Simply Mac is an independent Apple retailer with locations throughout the United States. Its Simple Trade program is another option for those who prefer to trade in an iPhone in person but don’t have an Apple Store near them. When taking this approach, you receive your buy-back quote after a Simply Mac representative evaluates the device in person. Unfortunately, trade-ins are accepted only in Simply Mac stores.

However, getting an approximate quote online is a quick process that takes just a minute or two. The price provided for a 64 GB iPhone 8 Plus was $108, for example. However, as with Apple, Simply Mac provides you with store credit rather than cash or a check.

What Happens to Trade-In Phones?

Where does an iPhone end up once people participate in buy-back programs for cell phones? Generally speaking, the fate of an old iPhone depends on its condition. Those that are relatively new and working well get resold, whereas older or less functional models are sent to specialized plants to be recycled for their components and materials. Here’s a look at where your iPhone goes if you use one of the buy-back or trade-in programs detailed above.

Starting in 2016, Apple used in-house recycling robots to reclaim materials from iPhones that came through the brand’s trade-in program if they are not fit for refurbishment. That same year, 9to5Mac reported that Apple started selling refurbished iPhones through its Web site, but it’s not clear how many others might end up elsewhere. Before that, Apple either gave the iPhones to third-party retailers or kept them so that the parts could repair or replace other iPhones sent in for repair.

In 2018, Apple refurbished nearly 8 million of its devices and helped keep more than 48,000 metric tons of electronic waste from reaching landfills. The most recent of Apple’s recycling robots is anthropomorphically named Daisy, and it can disassemble 200 iPhones per hour, which theoretically translates to over 1.7 million per year (see “Apple Introduces New iPhone Disassembly Robot and Recycling Program,” 23 April 2018).

However, not all iPhones are fed to Daisy. Apple clarified that Daisy works only with select used iPhones from the company’s trade-in program, as well as those sourced from Best Buy’s recycling initiative in the United States and KPN stores in the Netherlands.

If Apple itself doesn’t take phones intended for recycling plants, a partner in the company’s global network will. The company provides links that people in participating countries can use to get more details about recycling but doesn’t usually give the names of the entities that do the work.

If it seems that Apple isn’t being entirely forthcoming, the other two companies are even less specific about what happens to old phones. Both Cult of Mac and Simply Mac sell refurbished phones when possible, but neither company says where. Nor do the companies discuss the locations of their recycling plants.

However, Travis May, the CEO and owner of The Whiz Cells, an electronics recycler based in Mountain Home, Tennessee, gives a clearer picture of how the industry operates. Speaking about the prospects of refurbishing an iPhone someone no longer wants, he explained, “It depends on the model and what’s wrong with it. Newer models have a higher chance of being refurbished, as the lifecycle is still long.”

What about iPhones that aren’t new models? “Older iPhones are generally sold or used for parts. Newer models with a cracked screen, for example, would have their screen repaired and resold,” May said.

Although The Whiz Cells only recycles phones for usable parts, May clarified that other companies obtain raw materials from unwanted devices: “Plastic can be melted down, metal can be extracted. A lot of phones now have metal casing,” May said.

Recycling phone batteries can be particularly challenging, though improvements are making it easier. “A lot of recycling companies struggle with the batteries and struggle to recycle those, but technology is really coming around,” May said.

Elsewhere, Tech SI is a UK company that handles the global distribution of refurbished electronic devices, most of them from Apple and Samsung. It uses a grade-based system to decide where the electronics it receives end up. The highest grade is “like new,” then the three grades below that are A, B, and C.

The best-quality phones typically go to insurance companies that send them to customers who make claims and need replacement devices. B- and C-grade devices usually get shipped to wholesalers.

In other words, no straightforward answer exists to the question of where your old iPhone might end up. However, even if it’s entirely non-functional, sending it to Apple for recycling is a better option than tossing it in the trash, even if you don’t get any money in return. And for a relatively new model that still works, you might get enough back from any of these companies to reduce the cost of your new iPhone by a real amount.

Jenna Tsui is a technology and consumer trends writer who has written for MakeTechEasier, Technology Networks, TriplePundit, and others. To see more of Jenna’s writing, visit TheByteBeat or follow her on Twitter.