Temperatures in hell continue to hover below the freezing point. The Verge reports that the Amazon Prime Video iOS and Apple TV apps now allow you to make purchases within the app. This is a sea change because many digital content distributors like Amazon do not provide in-app purchases. That’s due to Apple’s insistence on taking a 30% cut of all in-app purchases, which would annihilate distributor margins. 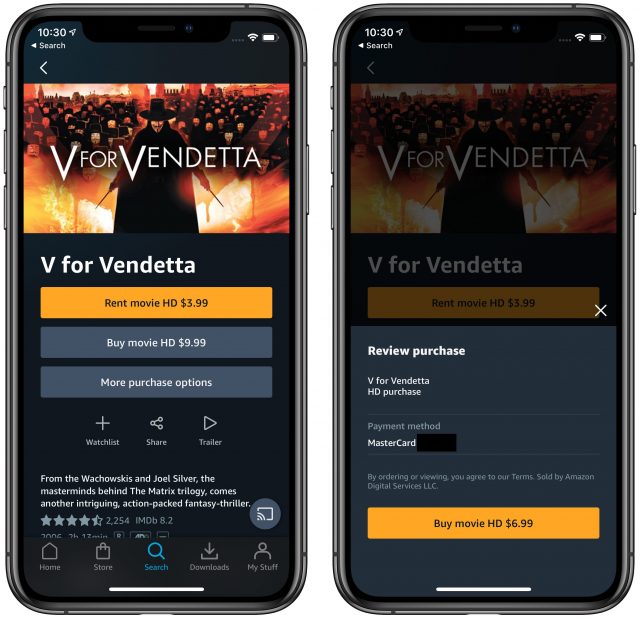 What changed? Mark Gurman of Bloomberg explains that it’s an Apple program, existing since at least 2018, that allows some video apps to offer titles for sale with their own payment system, bypassing Apple’s 30% cut. Apple also told Gurman that the program provides other benefits, such as “integration with the Apple TV app, AirPlay 2 support, tvOS apps, universal search, Siri support and, where applicable, single or zero sign-on.” Apple likely requires support for these features from companies that want to use their own payment systems. Overall, it’s a total win for users.

Over at Daring Fireball, John Gruber took a deep dive into how the arrangement works. If you’re an Amazon Prime customer, you make purchases with Amazon’s payment system. Otherwise, you use Apple’s system, and Apple presumably gets a cut of the payment. You can also sign up for Amazon Prime in the app using Apple’s payment system.