The rumors have swirled for years, and now Bloomberg is reporting that Apple plans to begin transitioning the Mac from Intel CPUs to its own ARM-based processors, starting in 2021. Bloomberg suggests that the transition would start on a new laptop until Apple’s chips are ready to power beefier computers like the iMac and Mac Pro. The Apple processors will be manufactured by the Taiwan Semiconductor Manufacturing Co., the same company that makes Apple’s iPhone and iPad processors, and will feature eight cores: four high-performance cores codenamed Firestorm and four power-saving cores codenamed Icestorm. 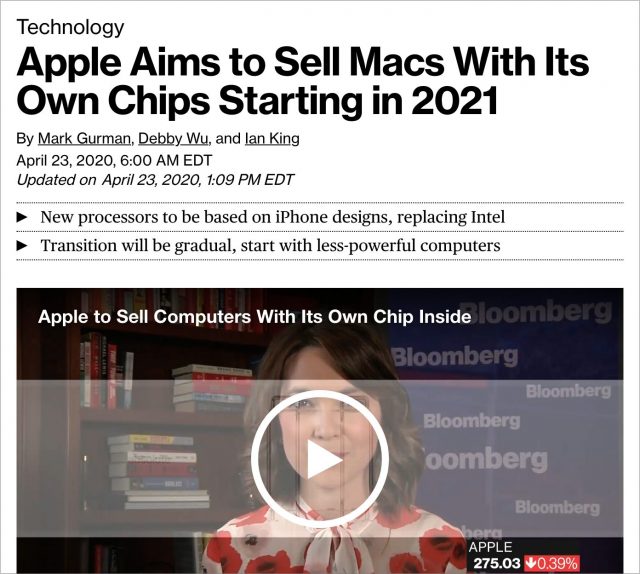 Apple moved the Mac to Intel processors 15 years ago because Motorola’s PowerPC architecture wasn’t staying competitive. Now Intel’s advancements have similarly slowed, and using its own chip designs would give Apple more control of its release schedule and supply chain. Changing processor architectures is no small feat, but Apple has done it twice before, switching from the Motorola 68000 to the PowerPC chips in the mid-1990s (see “PowerPC Platform Specification Announced,” 20 November 1995) and then from PowerPC to Intel processors in 2005 (see “Apple to Transition to Intel Processors,” 6 June 2005).