Perhaps my favorite part of big TidBITS anniversaries is that they’re great excuses to venture down memory lane and dredge out the best stories from the early days of TidBITS. Our recent 30th anniversary resulted in a slew of podcast invitations, all of which were tremendous fun. If you’ve got some time on your hands (and let’s face it, many people do right now) and want to relive some of the early days of the Mac world, I’d encourage you to give them a listen. There are surprisingly few overlaps in content.

I hope you like listening to these conversations as much as I enjoyed having them. For others out there in the podcast world, I’m happy to chat, particularly if we can uncover stories or topics that have long been buried by the avalanche of time. 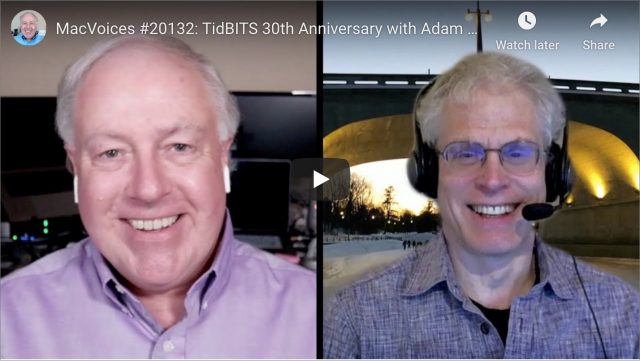