Apple’s WWDC keynote was insanely fast-paced and highly scripted, making note-taking difficult and leading a number of TidBITS readers hanging out in SlackBITS to speculate that the company had speeded up the video by a bit. Even still, it was almost 2 hours long. You can watch the keynote in its entirety, but if you don’t have that kind of time, Apple has an alternative aimed at modern-day attention spans. Former Macworld and iMore editor Serenity Caldwell has been working at Apple for a while now, and it was a pleasure to hear her voice narrating this jazzed-up summary of the WWDC keynote that hits the high points in less than 90 seconds. Kudos to Apple for crediting Serenity with the video—it’s nice to see the company acknowledging individuals more. 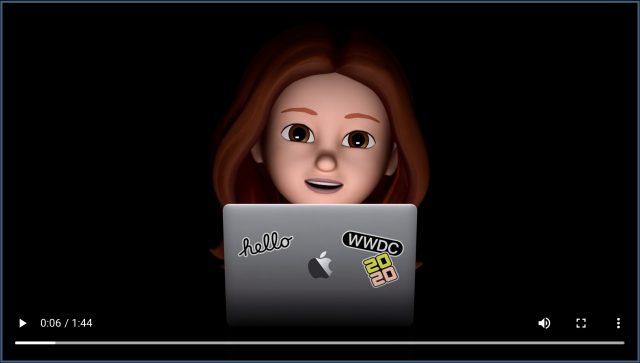