Over at Wired, veteran tech journalist Steven Levy looks back at the Power Mac G4 Cube, over 20 years after its release. Levy recounts how Steve Jobs revealed the Cube to him. While Levy was puzzled by how the Cube fit into Apple’s lineup, Jobs was enamored with the Cube’s proprietary plastics, motion sensors, and unique disc drive mechanism. (For our coverage of the Cube at the time, see “New iMacs, Multiprocessor G4s, and G4 Cubes,” 24 July 2000.) 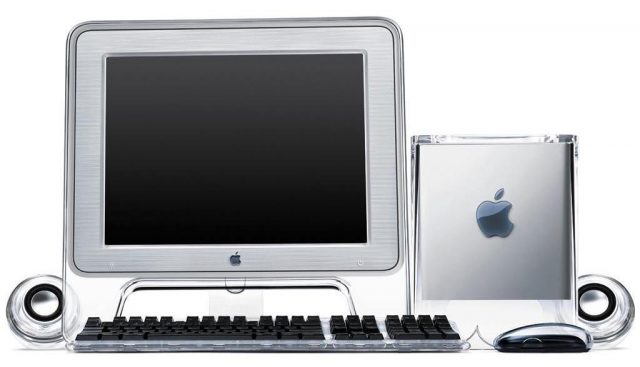 Unfortunately, the Cube was just a bit too cutting-edge. The plastic often cracked, the fanless design overheated, and the motion-sensing power “button” would often turn the machine on whether you wanted it on or not. Worst of all, it didn’t compete well on price or performance with the Power Mac G4 mini-tower. Many of Apple’s critics accuse the company of putting form well above function, and in the case of the Cube, it was all too true. The Cube sold fewer than 150,000 units in the one year Apple offered it for sale (see “Apple Discontinues G4 Cube,” 9 July 2001).

As TidBITS writer Glenn Fleishman pointed out on Twitter, Apple eventually perfected the concept of the Cube with the Mac mini.