Apple has announced that Phil Schiller will become an Apple Fellow and Greg “Joz” Joswiak will replace him on the executive team as the company’s senior vice president of Worldwide Marketing.

Although Schiller, who is now 60, is presumably moving toward retirement, he won’t just be thinking big thoughts as an Apple Fellow. Apple said he would continue to lead the App Store and Apple Events. Given the importance and high profile of the App Store these days, that sounds like more than a full-time job on its own. Schiller also led the effort to plan and execute Apple’s first virtual Worldwide Developers Conference, which was widely seen as a success. 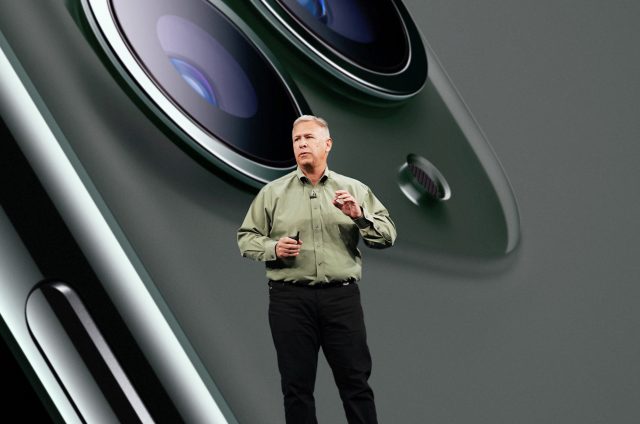 Schiller has worked at Apple since 1987 and has helped guide the company’s marketing efforts for 30 years. I’ve spent real time with him only once, at a press briefing at Macworld Expo in 2004. The main thing I remember was asking him if Apple was considering adding Bluetooth support to the iPod to enable wireless earbuds because I felt the wires were awkward and fussy. Nine months later, in “i-Phono Eliminates iPod Wires” (13 September 2004), I wrote:

Nevertheless, when I asked Phil Schiller about the possibility of a Bluetooth-enabled iPod back at Macworld Expo San Francisco in January of 2004, he basically laughed at me. Now, thanks to the i-Phono from Bluetake, I can laugh right back at him.

At the time, Apple was running the Silhouettes ads that featured black silhouettes of people dancing to music piped from their iPods through Apple’s iconic white earbuds, and Schiller had pointed out that the wires were an integral part of the look. Nevertheless, as I maintained then, a wireless solution seemed like it would be both more elegant and more in keeping with Apple’s design sensibility.

In retrospect, I was just too early, with Apple adding Bluetooth headphone support to the original iPhone (see “iPhone Seeks to Redefine the Mobile Phone,” 15 January 2007) and a year later to the second-generation iPod touch. Finally, of course, the company released the wildly popular AirPods and now wired earbuds seem quaint (see “W1-powered AirPods Usher in a New Era of Wireless Audio,” 7 September 2016).

Schiller is the first Apple Fellow the company has named since the 1990s, and he will join such luminaries as Steve Wozniak, Guy Kawasaki, Bill Atkinson, Steve Capps, and Don Norman.

I’m particularly pleased to hear that Joz is joining Apple’s executive team, since he has read TidBITS for many years, even contributing a few kind words for our twentieth anniversary in “Twenty Years of Memories from Friends of TidBITS” (19 April 2010):

Wow! It’s mind-boggling that TidBITS is turning 20. I remember when I first discovered TidBITS in the early 1990s and thinking of it as an unbelievably timely, informative, authoritative, and classy publication. I couldn’t wait to get each issue to stay up on the happenings in our beloved Mac community. Little did I realize that Adam and team were inventing the future with TidBITS long years before any of us would ever use the word “blog.” But more importantly, they were also part of the fabric and soul of our community. We’ve all been through a lot with each other. And like a good friend, through good times and bad, TidBITS was always there for us. Never getting into the muck, always staying true to the TidBITS mission to keep us up on the latest news and info. Now 20 years later, TidBITS hasn’t skipped a beat and is every bit as timely, informative, authoritative, and classy! Congrats on your first 20 years. And THANK YOU to the entire team at TidBITS. 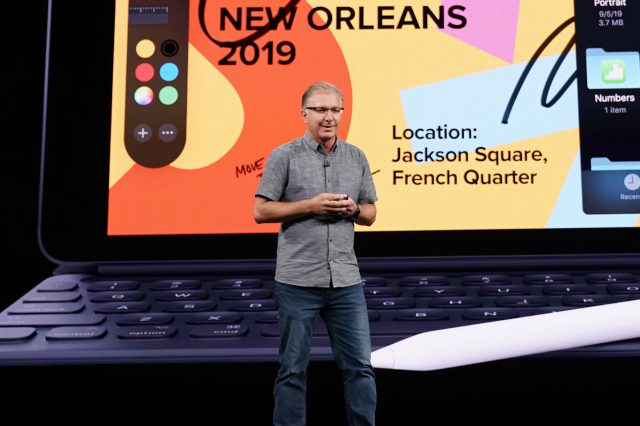 Joz must like us because he wrote that even after we tweaked him earlier in “Apple Ships Pink iPod nano, Apologizes to Tonya” (22 January 2008):

“We’re sure Tonya will appreciate the new color, and we apologize for dragging our heels on releasing the pink iPod nano,” said Greg Joswiak, Apple’s vice president of Worldwide iPod Product Marketing. “We had to get Jonathan Ive to sign off on the exact shade of pink, and it turns out to be harder than you’d expect to color aluminum pink.”

Well, actually, he didn’t say that. His actual quote was, “The pink iPod nano is perfect for people who want a great new color this spring, or who are searching for a special Valentine’s Day gift.” But I know Joz, and I can’t imagine he actually said that, given that he is a verified guy. My money is on the quote having been put in Joz’s mouth by Christine Monaghan, Apple PR’s iPod contact, who I’m willing to bet is a woman and would thus be much more likely to use “a great new color this spring” in a sentence.

And Joz, I’m betting the whole Valentine’s Day gift thing is a hint.

Joz brings more than 20 years in leadership roles in Apple product marketing, and I had press briefings with him on quite a few occasions during the days of Macworld Expo. When he was vice president of hardware products, he even took over for Steve Jobs in delivering the keynote at New York’s final Macworld Expo (see “Macworld Expo New York 2003: Highly Concentrated,” 21 July 2003). Plus, for the past four years, Joz has served as Apple’s vice president of Worldwide Marketing under Phil Schiller, so I can’t imagine anyone who could be more qualified. We wish him the best of luck in what is a tremendously important position for Apple.