Apple released iOS 13.6.1 and iPadOS 13.6.1 to fix what could be a troubling issue in those operating systems. Both address “an issue where unneeded system data files might not be automatically deleted when available storage is low.” So if you are already running iOS 13.6 or iPadOS 13.6, you should probably update right away, especially if you’re mysteriously running out of storage space (see “iOS 13.6, iPadOS 13.6, macOS 10.15.6, watchOS 6.2.8, and tvOS 13.4.8 Add News Features, Car Keys, Symptom Tracking,” 15 July 2020). 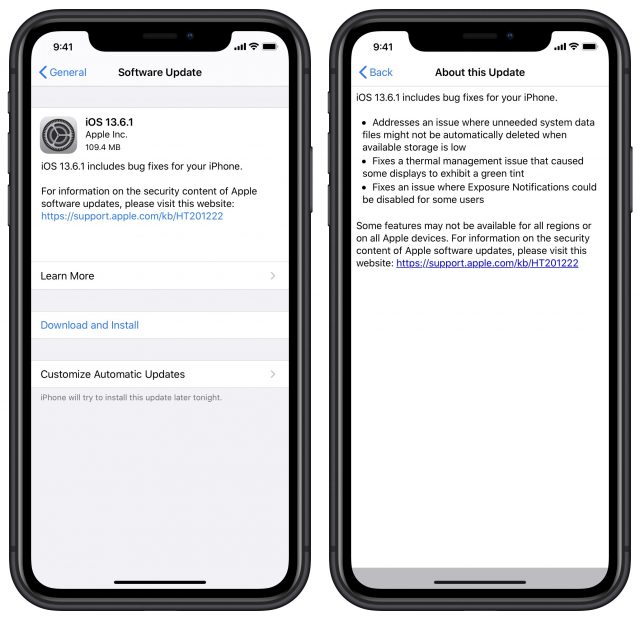 Neither update has any published CVE security notes. 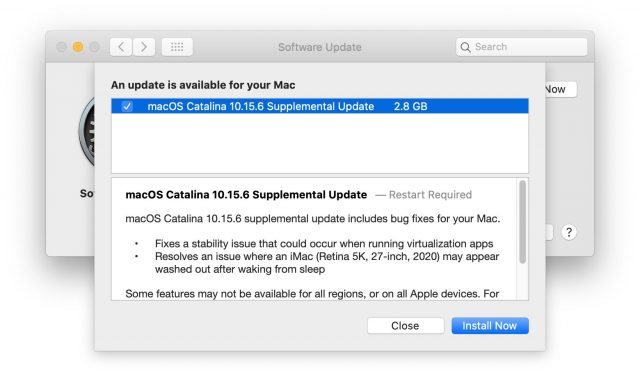 At his Eclectic Light Company blog, Howard Oakley notes that only the Books and VoiceOver Utility apps saw small build number increments, although there were additional system-level files with changes. He suggests that the changes to the AMDRadeon kernel extensions may have addressed some kernel panic problems that a few users had been reporting after the macOS 10.15.6 update. Also notable is that Macs with Apple’s T2 chip receive new firmware, which you’ll remember can be installed only by Apple’s installer during a macOS update.

Again, there were no published security fixes.

If you’re already running 10.15.6 Catalina, particularly on a 2020 27-inch iMac, we recommend updating as soon as possible. Otherwise, feel free to wait a bit and see if other issues develop.