We were concerned when Mozilla, makers of the Firefox Web browser, announced that it was laying off 250 employees, a quarter of its workforce. In an internal memo, Mitchell Baker said that the company is reducing investment in “developer tools, internal tooling, and platform feature development.” 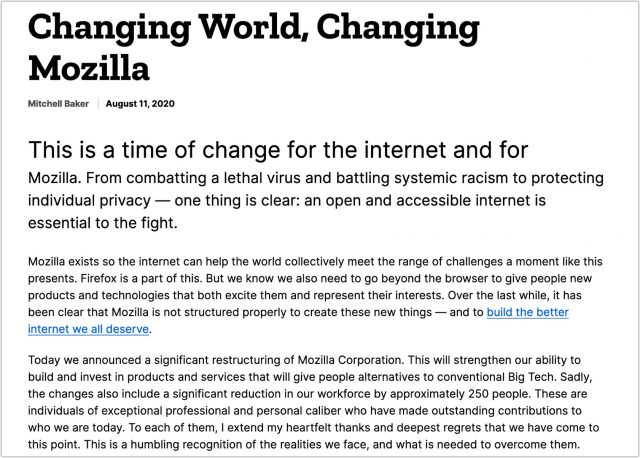 The good news is that ZDNet reports that Mozilla has extended its deal with Google, worth about $400–$450 million per year, until 2023. That will keep Google as Firefox’s default search engine and should ensure that Firefox survives for at least a few more years. The Google relationship has long been Mozilla’s main source of income.

We hope Mozilla uses this lifeline as an opportunity to develop additional sources of revenue and better manage its finances. Firefox is one of the few cross-platform Web browsers still on the market that isn’t based on Chromium, and it’s best if the Web as a whole doesn’t end up relying on a browser monoculture.