The US Justice Department, under the authority of Attorney General William Barr, has filed an antitrust suit against Google, accusing it of engaging in anti-competitive behaviors, such as paying Apple to retain it as the default search engine in Safari. The Justice Department accused Google of using its money and influence to block out competitors. The suit states that Google controls about 80% of Internet search queries in the United States. 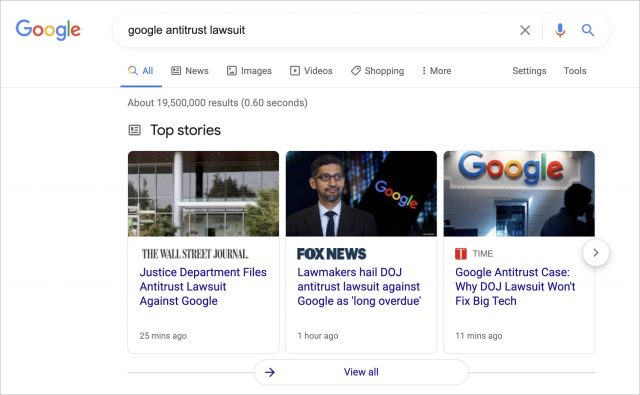 It’s noteworthy that this lawsuit has broad bipartisan support, with support both from Texas Senator Ted Cruz and Massachusetts Senator Elizabeth Warren, who couldn’t be on more extreme ends of the nation’s partisan divide.  However, don’t expect a quick resolution. Antitrust litigation can drag on for years, particularly as appeals wend their way through the courts.

Comments About US Justice Department Files Antitrust Suit Against Google