These updates all address the same three serious security vulnerabilities, which could lead to arbitrary code execution or kernel memory being disclosed. That’s bad, but the real problem is that Apple says it is aware of reports that exploits for these vulnerabilities exist in the wild. In other words, the bad guys are already using these bugs to attack Apple devices.

The updates for iOS 14.2, iPadOS 14.2, and watchOS 7.1 also close these vulnerabilities; tvOS 14.2 has security fixes but apparently isn’t vulnerable to these particular bugs. Needless to say, whatever operating system version you’re using, if there’s an update to address these vulnerabilities, we encourage you to install it sooner rather than later.

Once you install the macOS Catalina 10.15.7 Supplemental Update, macOS will have the build number 19H15, which you can verify by choosing About This Mac from the Apple menu and clicking the version number. 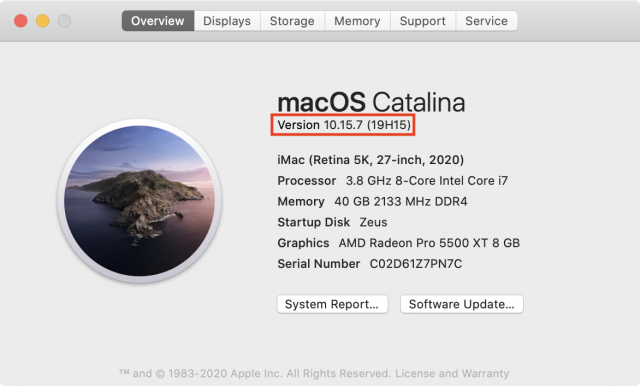