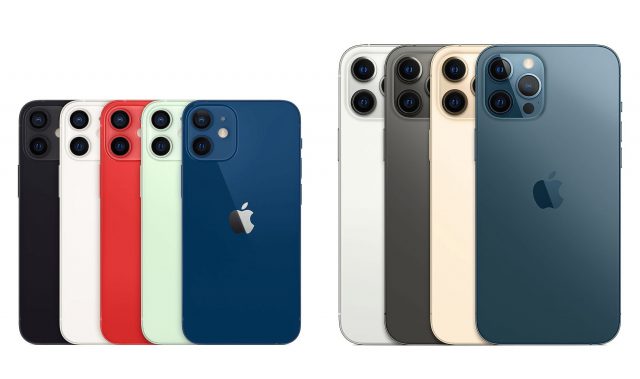 Those are the basics. Let’s look at what the reviewers had to say. And then, finally, let’s revisit the iPhone purchasing decision.

The iPhone 12 mini costs $100 less than its big sibling, but its feature set is identical, except for battery life. In his review for Tom’s Guide, Adam Ismail said:

You expect corners to be cut in downsized premium smartphones, yet the iPhone 12 mini never makes them. As you’ll see in our iPhone 12 mini review, aside from unavoidable sacrifices to battery life, this is still every bit the iPhone you want, at an even cheaper price.

The iPhone 12 mini is exactly the kind of device I wish more phone makers had the conviction to build. In a way, it really is the most impressive member of the iPhone 12 lineup, because it does everything the larger, more expensive models do, but amazingly fits all that capability into an [impossibly] small frame.

At TechCrunch, Matthew Panzarino had the same feeling:

Because the iPhone 12 mini has no appreciable compromises in feature set from the iPhone 12, I consider these one device with two screen sizes.

So what’s the catch? For one, the small screen may not be as fun as you remember.

You almost have to relearn how to live with a device and screen this small; I found my thumbs [crashing] into each other more often when typing, for example.

That said, most reviewers praised the return of the small size. Dieter Bohn of The Verge said:

The iPhone 12 mini feels like the first iPhone in a long time with a different goal. It was designed around the human hand and real pockets.

But that small size comes with one drawback: a smaller battery, with the iPhone 12 already suffering from shorter battery life than its predecessor. Bohn said:

I don’t want to sugarcoat it nor be overly dire about it, but the battery life on the iPhone 12 mini is noticeably worse than on the iPhone 12, which itself was a step down from the battery-champ iPhone 11… So it’s not bad, but it’s definitely not great. My feeling after a little less than a week is that getting through a day requires a little bit of battery management.

Despite that, he proclaimed the iPhone 12 mini his favorite of the lineup.

Panzarino, as with his iPhone 12 review, was a bit kinder than other reviewers:

Did I mention this thing is huge? The ‘Max’ in the name doesn’t really do it justice. It’s taller, wider, and heavier than last year’s Max, though not by much. Surprisingly, it’s also thinner.

Nilay Patel, in his review for The Verge, said:

I strongly recommend finding a way to safely see the 12 Pro Max’s size in person before making a call on ordering one.

But it’s also a bigger camera system. This is not obvious at all from Apple’s product marketing photography, and I can’t really take a photo myself that illustrates this in a way that feels true to life, but the 12 Pro Max camera module — the whole raised square bump containing the rear facing cameras, flash, and lidar sensor — is much bigger in surface area than the camera module on the other iPhones 12. In the previous two years, not only were XS Max and 11 Pro Max camera systems identical spec-wise to those on the XS and 11 Pro, they were the same size, too.

Instead of steadying the lens (which is what optical image stabilization does), Apple’s system keeps the sensor itself steady deep within the phone’s body. This makes the Pro Max more adept at canceling out the micro-movements your hands inevitably make whenever you’re taking a photo or shooting a video. It has a positive impact [on] the image quality, particularly in low light when you need to stand still for several seconds to get a clear shot.

However, Chokkattu cautions that the larger lenses are really only useful at night:

The perks of the larger sensor are harder to discern over the iPhone 12 Pro when the sun is out. You won’t find too many photos you’re disappointed with when you shoot in daylight.

Patel raved about the camera:

The upshot of all this is simple: the wide camera on the iPhone 12 Pro Max is one of the most confident smartphone cameras I’ve ever used. It can take great photos in a huge variety of situations, and rarely feels pushed beyond its limits.

It’s huge and it has a really, really great camera. Probably one of the best cameras ever in a smartphone, if not the best. For those of you coming from an iPhone “Max” or “Plus” model already, it’s a no-brainer. Get it, it’s fantastic. It’s got everything Apple has to offer this year and it’s even a bit thinner than the iPhone 11 Pro Max.

And, of course, a larger phone means there’s room for a larger battery. Chokkattu said:

A big phone also means a big battery, and the good news is battery life here is excellent. I frequently ended up with 45 percent of a charge left by 11 pm after more than five hours of screen-on time.

On the video front, Joanna Stern of the Wall Street Journal focused on the camera differences between the iPhone 12 and 12 Pro Max.

Rene Ritchie’s “mega review” has a bit of everything, with both size and camera comparisons.

And Marques Brownlee’s review is worth watching, if for no other reason than his clever Photoshop intro.

Deciding on an iPhone

Adam Engst walked you through our thinking on the upgrade decision when the iPhone 12 was announced (“The iPhone 12: Here’s What You Need to Know,” 13 October 2020). But with more time and now that reviewers have had experience with these iPhones, let’s take another look for those who are still undecided:

If I were to buy a new iPhone this year, it would probably be the iPhone 12 Pro for a couple of specific reasons. One is that the iPhone X got me hooked on having a telephoto lens in my pocket. Between the telephoto and wide-angle lenses, I have a lot of options when I’m taking photos of my kids or shooting snaps for articles.

The other is that I like its middle-of-the-road iPhone size. I loved my Plus-sized iPhones, but they were hard to pull out of my pocket, even without a case. Having two young children necessitates protecting my iPhone with a sturdy Otterbox case, so if I bought an iPhone 12 Pro Max, I’d have to carry it around on my belt. The iPhone 12 Pro form factor gives me plenty of screen space in a less-awkward size.

What about you? If you’ve either just bought a new iPhone or are planning to buy one before the iPhone 13 comes out next year, what model would it be? Register your vote in our quick single-question survey and let us know why in the comments.

Comments About iPhone 12 Mini and iPhone 12 Pro Max: A Roundup of Reviews