Over at the OWC Rocket Yard blog, SoftRAID developer Tim Standing shares a welcome discovery about Apple’s new M1-based Macs. Although the new Macs have only two Thunderbolt ports, compared to four on the Intel-based 13-inch MacBook Pro and Mac mini, Standing discovered that each port has its own Thunderbolt bus. By comparison, each pair of Thunderbolt ports on the Intel-based Macs share a bus, meaning that they also share bandwidth. If you plug two fast drives into ports that share a bus, performance suffers. Standing also notes that the M1-based Macs have Thunderbolt 4, which differs from Apple’s implementation of Thunderbolt 3 in only one fundamental way: Thunderbolt 4 adds support for Thunderbolt hubs that let you add more ports.

So yes, the M1-based Macs may have only two Thunderbolt ports, but they’ll both provide full bandwidth and allow users to add more ports through a hub. And as you might suspect, OWC has a Thunderbolt Hub shipping soon for $149. 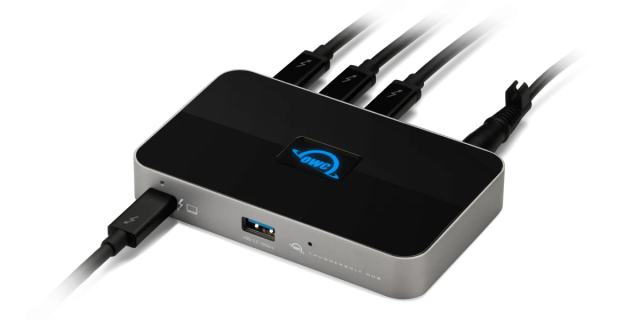 Comments About Thunderbolt Improvements in the M1-Based Macs