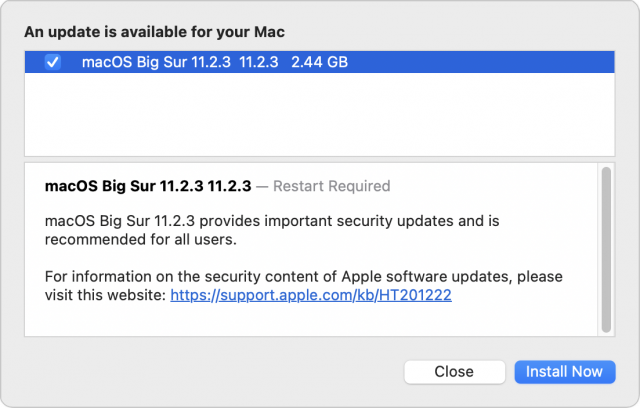 The language in the security notes linked above is standard phrasing, but the fact that Apple would update all its operating systems and the relevant bits in Catalina and Mojave suggests that the vulnerability is serious.

If you’re already running the latest versions of Apple’s operating systems, we recommend installing these updates sooner rather than later due to their narrow scope and the likely severity of the vulnerability.

Here’s how to install the updates: