The Verge has used data compiled from Microsoft to map broadband access in the United States. It paints a much darker picture than the US Federal Communications Commission broadband map with self-reported ISP numbers. The Verge’s map lets you mouse over each county in the United States to see the percentage of people using the Internet at speeds of 25 Mbps or more. Blue areas indicate areas in which less than 15% of the population has access to those speeds. 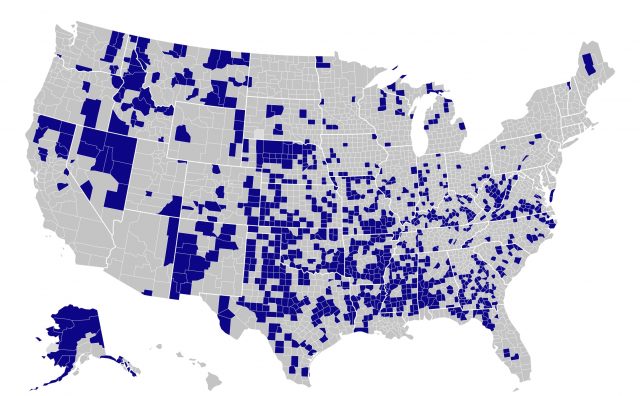 The past year of remote work and school has highlighted the need for greater broadband access throughout the country. Broadband hasn’t been a luxury for a long time—it’s a basic utility in the modern world.

(That said, this data may not demonstrate quite what it purports to show. It claims that only 36% of households in Macon County in Tennessee, where managing editor Josh Centers lives, use broadband speed. However, nearly everyone in the county has access to fiber-optic broadband with no installation costs and reasonable monthly fees. If people aren’t buying that level of Internet access, it’s either due to poverty, which is a much bigger problem, or just not wanting the service, which may or may not be a problem. Also, the local power company has been rolling out fiber in neighboring counties.)

Comments About The Verge Mapped Broadband Access Across the United States